ZTE flubbed the crowdsourced Hawkeye phone, and paid through the nose for “mistakes” in its relations with the US government that were finally acknowledged the other day under threat of serious trade restrictions.

But now that both those “situations” are behind the Chinese mobile device manufacturer, it’s time to get back to business as usual. Namely, there appears to be another interesting low-cost Android soldier headed stateside, with obvious connections to MetroPCS and T-Mobile’s ZMax Pro.

You probably remember last year’s mid-range 6-incher as one of the cheapest US carrier-specific phablets supporting fingerprint recognition, and we have every reason to believe the (not-so) mysterious ZTE Z986 will soon follow suit as far as pricing and biometric authentication are concerned. 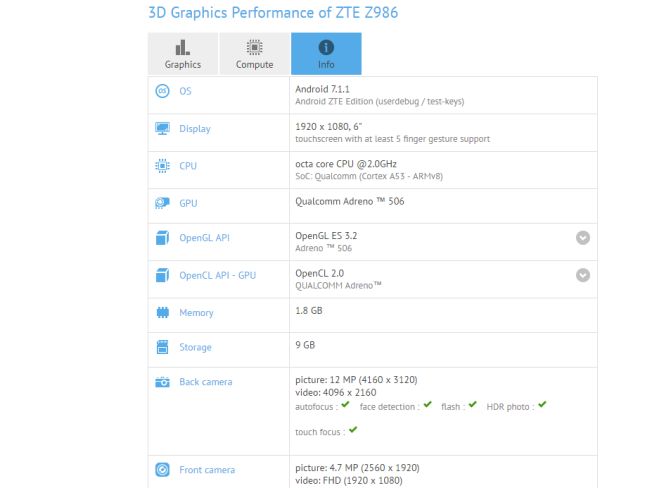 Because something other than software has to also change, the Z986 packs an unnamed Qualcomm SoC comprised of an octa-core CPU clocked at up to 2.0 GHz and Adreno 506 GPU. That’s likely a Snapdragon 625, up from 617. Bring on the ZTE ZMax Pro 2, and make it just as inexpensive as its predecessor. We’re ready.

The launch could be just around the corner.