No NFC or 4G LTE connectivity, and a divisive design, to say the least. This as-yet unreleased ZTE Quartz Android Wear smartwatch might be DOA.
Published 20 March 2017, 13:21 EDT

If you were maybe expecting ZTE to unveil a sleeker intelligent timepiece than the Huawei Watch 2, LG Watch Sport or Style as the Chinese company’s rookie Android Wear effort, these freshly leaked real-world photos of the Quartz will likely leave you feeling sorely disappointed.

Somehow, the circular wearable device that was first rendered over a month ago seems less elegant than the LG Watch Style and nowhere near as athletic as the same OEM’s Watch Sport. It also lacks both NFC and 4G LTE support, which is only (mildly) acceptable for fashion-focused smartwatches, seeking partial redemption with standalone 3G connectivity.

But then there’s a heart rate monitor missing as well, and don’t even get us started on the bezel’s arguably fugly “tick marks.” Or the absence of one of those handy rotating crowns, with just a small physical button in tow for unspecified controls. 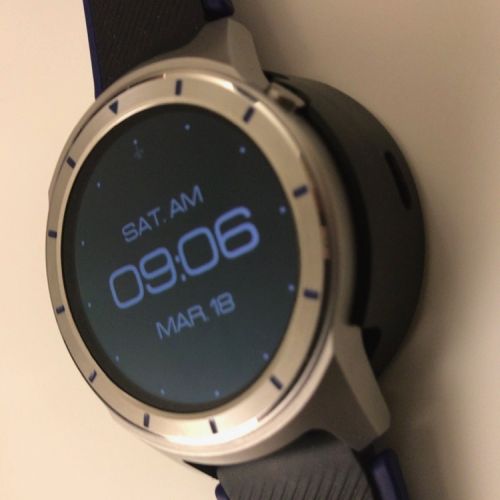 Made of robust-looking metal, the ZTE Quartz, which by the way carries model number ZW10, strikes us as unnecessarily chunky too, though perhaps an ultra-low price point can cancel out its apparent flaws. That, a swift commercial launch, wide availability, hopefully built-in GPS and many other sensors, plus, of course, pre-installed Android Wear 2.0 with Google Assistant support and everything (minus Android Pay). After all, looks can be deceiving, right?