Get the details on the launch of the ZTE Nubia Z7, as well as the “Z7 Lite” Z7 Max and compact Z7 mini.

Sony just pulled the curtains back on its Xperia C3 “selfie phone,” but it’s not the only Android OEM with some new hardware to share this morning. Up at the front of the smartphone pack we’ve been seeing the arrival of the first handsets with high-res quad HD displays: models like the LG G3 and new LTE-A Galaxy S5. Not to be left behind, ZTE has its own quad HD offering to show off, and today unveils the Nubia Z7, as well as the Z7 Max and Z7 mini.

We’d seen leaks of the Nubia Z7 before, but the specs we heard attached to them fall short when compared to the phone’s actual hardware, as confirmed today. The Z7 boasts a 5.5-inch 2560 x 1440 display, runs a Snapdragon 801, has 3GB of RAM, 32GB of storage, and features a 13MP main camera (with 5MP front-facer). It supports dual SIM operation, measures just under 9mm thick, and has a 3000mAh battery. The Z7 will sell in China for what works out to about $550.

The Z7 mini is certainly smaller than the Z7, but with a five-inch display, it’s the latest model to challenge our perceptions of just what should count as “mini” in the first place. That said, it’s got some pretty decent specs of its own. The phone has a 1080p screen, runs a Snapdragon 801, and keeps those 13MP and 5MP cameras. Really, besides the smaller, lower-res screen, the only trade-off here may be the presence of just 2GB of RAM (and that’s hardly a deal-breaker) and 16GB storage. Pricing comes to about $240.

Finally, we’ve got the Z7 Max, but this is not the phablet-version-of-a-flagship we’ve come to expect from that “Max” name. Instead, it almost seems like a Z7 Lite, keeping a 5.5-inch screen, but bumping the resolution down to 1080p. And like the Z7 mini, it also arrives with only 2GB of RAM. Thankfully, it keeps the Snapdragon 801 and those same cameras, and unlike the Z7 mini it maintains the Z7’s 32GB storage. Sales will begin at the equivalent of $320.

We know – software and manufacturer support can make or break a phone – but focusing just on the hardware here, ZTE looks like it might have come up with some surprisingly solid options. 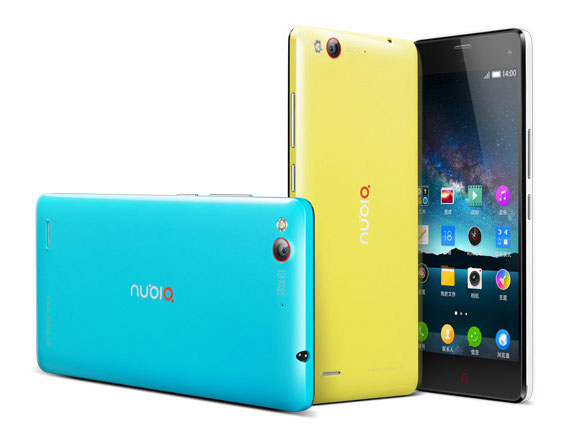 Today we’re getting the HUAWEI P40 (triple-camera), P40 Pro (quad-camera), and P40 Pro+ (penta camera, which was initially rumored to be the P40 Pro Premium).