In China, the number three is considered good luck as it is a homophone for the word “life.” Shenzhen-based ZTE wants all the luck it can get as a new Nubia phone is on the way with plenty of expectations and rumors to hold up. The company’s Nubia brand is celebrating its third anniversary by teasing what could possibly be the Nubia X8 that’s due in three days — Thursday, October 15, if the math gets done. 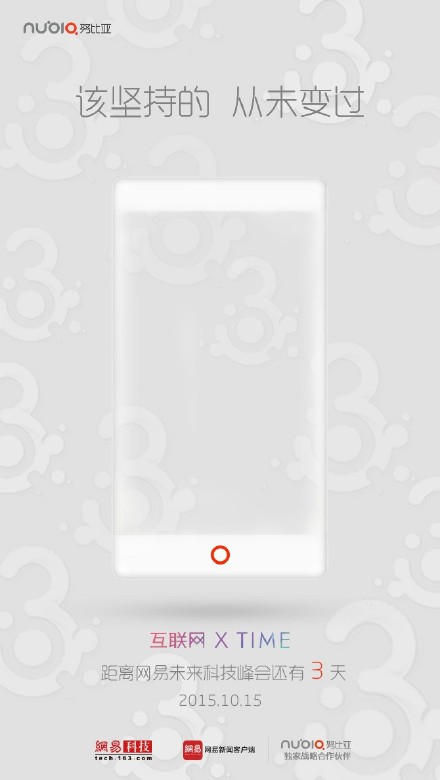 Apparently, three years is enough time to declare the Nubia line a tradition, with the marketing copy claiming “consistency” and “persistence.”

The Nubia X8 itself is dressed to look like like the Z9 with its lack of bezel around the screen, but other rumors point to a 5.5-inch QHD display, 4GB RAM and an almost destructive 5,120mAh battery.

But rumors be rumors and three days isn’t much to wait at this point.