A ZTE foldable smartphone is described in one of these patents, while the other shows a double-sided phone with wrap-around screen.

A ZTE foldable smartphone described in a patent application that was recently uncovered describes a device which is pretty much, in concept, similar to Samsung’s foldable smartphone. We’re talking about a tablet that folds into a phone (or a phone that folds out into a tablet). It features a flexible display and allows the phone to unfold into a larger device.

The device (depicted above) has a tall display with a top bezel for the earpiece and camera/sensors, as well as a chin. The back looks like a typical ZTE smartphone with the cameras and fingerprint scanner located in the same spots as on the ZTE Axon 9 Pro. Once unfolded, the device becomes a tablet. We don’t yet have information on display sizes and specifics, but the concept is similar to Samsung’s.

The device you see below, however, is another patent filed by ZTE, for a double-sided smartphone that has a wrap-around display. The front seems to feature a full-screen display with no bezels or notches, and an earpiece located on the very top. The back is where the dual-cameras live, in the offset notch for the back display. Since the display wraps around from the back all the way to the front, one side of the phone is where the display is. The opposite side is a metal frame, and this is also the place to find the buttons.

Nothing further is known about these patents, or ZTE’s plans. However, as usual, just because there’s a patent filed and granted, it doesn’t mean we’ll soon, if even, see a commercially available product relying on the described. 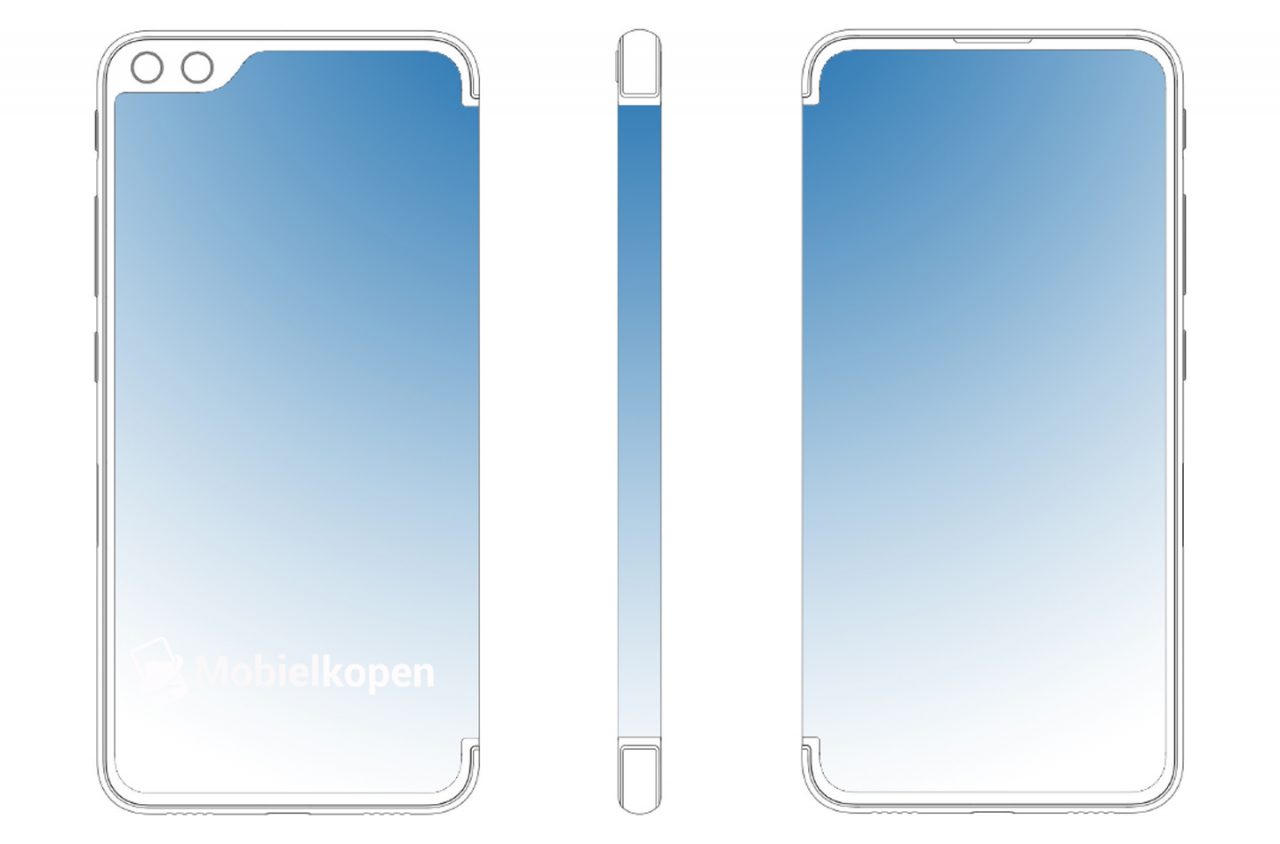