The ZTE Blade V9 is shiny, has a dual rear camera and thin screen bezels, while the Tempo Go is ultra-affordable and runs Android Oreo (Go edition).
Published 25 February 2018, 10:00 EST

As expected, ZTE has a couple of new phones to showcase at MWC 2018, and also as expected, the already long overdue Axon 9 is not one of them.

Powered by a Snapdragon 450 processor, the Blade V9 is obviously no Samsung Galaxy S9 challenger. But you’re looking at plenty of choice from this mid-range 5.7-incher in both the memory and storage department, which is always nice.

Regardless of your favorite RAM/ROM configuration, be it 4 + 64GB, 3 + 32GB or 2 + 16GB, the ZTE Blade V9 has one of those stylish “full screen” designs going for it, as well as an expanded 18:9 aspect ratio and respectable FHD+ resolution.

For a budget-friendly Android Oreo device, this sure boasts an eye-catching backplate design and pretty impressive dual camera setup focused on capturing clear nighttime photographs. You can choose between a 13 or 8MP single selfie shooter, with those rear-facing imaging sensors set at 16 and 5MP.

The “regular” Blade V9 will be accompanied in markets like Spain, Germany, Russia, Mexico and China by a slightly smaller, lower-end and significantly less flashy V9 Vita “cousin.” Both versions offer 3200mAh battery capacity, but the 5.45-inch Vita settles for an HD+ panel with thin bezels, 13 + 2MP dual rear cams, Snapdragon 435 SoC, and no way to upgrade the base 2 and 16GB memory and storage counts. 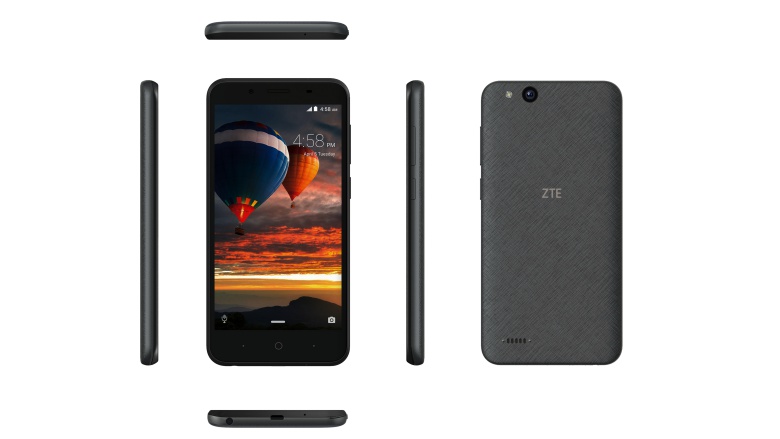 Stateside, you can already purchase a modest ZTE Tempo Go with Android Oreo (Go edition) software online in exchange for a measly $79.99. That doesn’t get you a lot of bang, or a particularly snazzy design, but this still has the honor of being the world’s first Android Go phone powered by a Qualcomm processor.

Namely, a Snapdragon 210, paired with 1GB RAM, 8GB internal storage, a 2200mAh battery and a 5-inch FWVGA screen, which sounds bad, but should work just fine thanks to Google’s latest performance optimizations.

A smaller radius of curvature means the gap between the two halves of a display will be much smaller when a foldable phone is closed.

The Canvas feature is fun to use.