ZTE was kind enough to tell us about the ZTE Axon 10 Pro 5G before the debut of MWC 2019. As promised, the phone is now official, but it didn’t come alone to Barcelona. It is accompanied by the Blade V10 and Blade V10 Vita.

The flagship ZTE Axon 10 Pro 5G (image above) is being referred to as the “first 5G flagship smartphone” at MWC 2019. The official press release doesn’t go into too much details, but we know it runs on the Snapdragon 855 application processor, and 5G is being handled by Qualcomm’s Snapdragon X50 5G modem chip. Other details include an in-display fingerprint sensor, as well as a triple-camera setup. It consists of a standard, wide angle, and a telephoto shooter, all powered by AI capabilities. There’s also a 20MP front-facing shooter that resides in the notch at the top of the display. We’ll get a close look at it, if possible, and revert with more details. 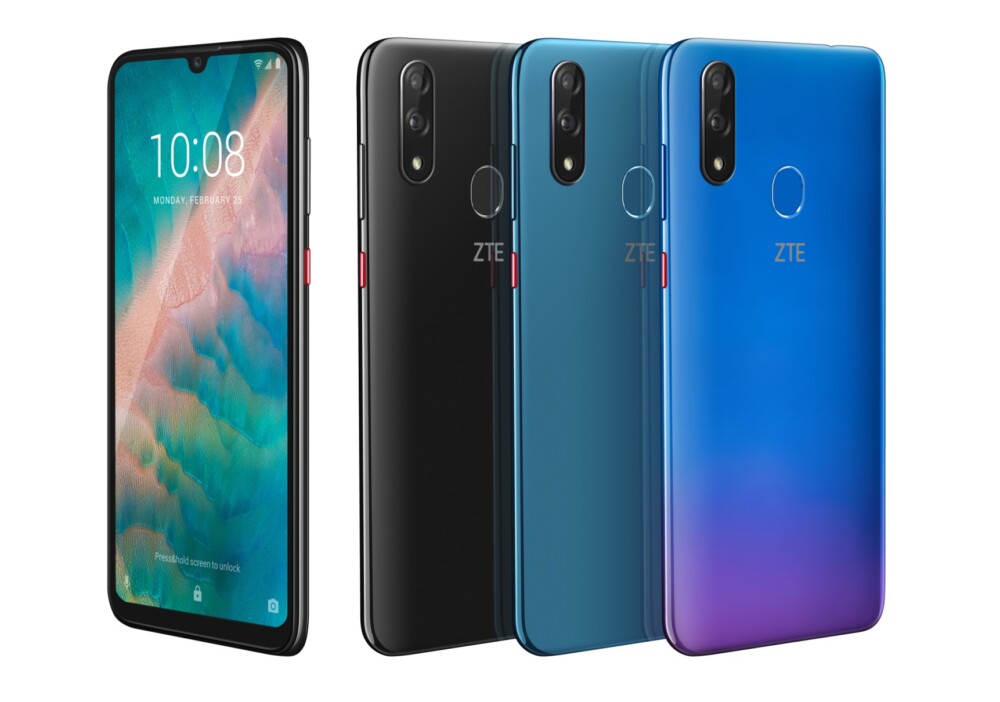 The ZTE Blade V10 (image above) is powered by an octa-core processor (unspecified), and features a 6.3-inch LCD display with FHD+ resolution and a waterdrop notch. Blade phones are not flagships when it comes to ZTE’s line-up, so expect configurations of 3GB / 32GB and 4GB / 64GB of RAM and storage, respectively. While the front-facer is a 32MP shooter, the main camera system on the back consists of a 16MP and a 5MP shooter. The battery is a 3,200mAh unit, and the phone will be available in China and Europe in March 2019, and in Latin America in April 2019. No pricing information is officially available.

The ZTE Blade V10 Vita was just mentioned in the official press release, without too much detail, but it is reportedly featuring a Spreadtrum octa-core processor, and a display with 720 x 1520 resolution.

We’ll revert to the topic as soon as we get more details and hands-on time with any of the above.

The design appears to match with the render in the cover image.

I was amazed by some features while the others left me wanting more. Here’s why the OnePlus 8 Pro is a fabulous phone but not a flawless one.
YouTube 1.8M
Facebook 570K
Twitter 197K
Instagram 133K
RSS

The idea is to easily look up mathematical concepts giving you trouble.