Invisibly charge your smartphone or Moto 360: hands-on with the ZENS PuK (Video)

The ZENS PuK is a wireless charger meant to be embedded directly into furniture, and we’re taking it for a spin at the office in a quick hands-on video!

Wireless charging is awesome. This is an objective fact whose merit won’t be disputed because 1) I’m just old enough to be impressed by technology that was totally far-fetched when I was young, and 2) I’m writing this piece at 10pm on a Friday night after a 4500-word review and the longest podcast in Pocketnow history, so I’ll say what I want and you’ll like it.

But seriously. For all its missteps and quirky implementations and standards wars, wireless charging is one of the coolest things you can do on a smartphone without turning the screen on. All it takes is a few days of using it to make the notion of fiddling with cables and connectors seem hopelessly quaint. And it makes even more sense on smaller devices like the Moto 360 smartwatch, where keeping ports to a minimum is both an aesthetic and a functional imperative.

The wireless chargers that feed these devices have taken many forms over the years, from cradles to car docks to portable speakers and beyond – and if ZENS has its way, they may soon find their way directly into your furniture. 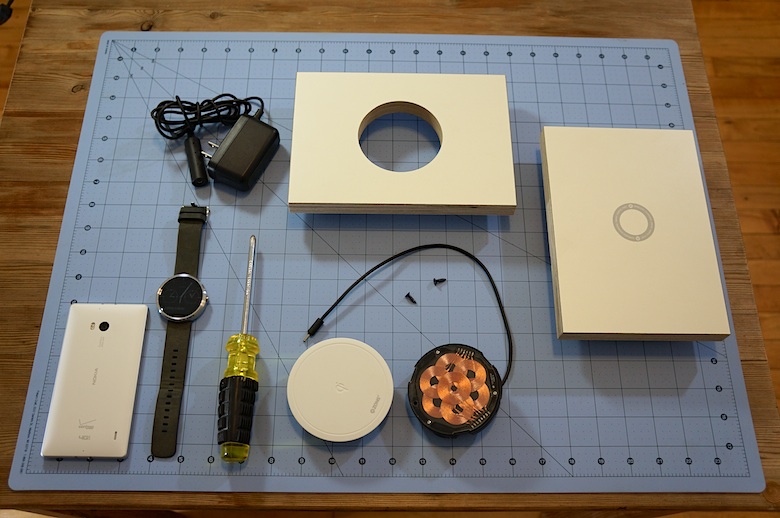 The ZENS PuK is an 80mm aluminum cylinder with seven inductive charging coils mounted to its face and a simple power cord that plugs into the wall. On the surface it looks much like a Nexus 4 charging orb or even an old Palm Touchstone, but the real story is inside. Because you’re never meant to lay eyes on the PuK at all. It’s made to live inside a desk, table, countertop, or anything else you can fit it into, its existence marked by either a plastic landing pad or a simple sticker … or nothing at all.

To see how the ZENS PuK works –and how useful a stuffed Angry Bird can be when mounting it– check out our quick hands-on tour in the video below. For more info on the PuK, check out the ZENS website at makezens.com. And let us know where you’d put your own PuK in the comments below.