Are you looking for wireless charging for your iPhone 5? Look no further! Read our review of the ZENS Flip Case for iPhone 5!
Published 20 August 2013, 07:01 EDT

Wireless charging, you either hate it or love it. Here at Pocketnow, it’s about an even split. Either way, it’s something more and more smartphones are shipping with. And if it’s something you don’t particularly care for, there’s no one saying you have to use wireless charging if your phone has it – it’s simply nice to have the option.

Unfortunately for iPhone users, wireless charging simply isn’t one of those things Apple seems to care too much about, along with NFC, expandable storage, removable batteries, etc.

However, all hope is not lost. Some case manufacturers are determined to bring wireless charging to the iOS ecosystem, one way or another. Among the few is ZENS. We’ve spent several weeks using the ZENS Wireless Charging Flip Case for the iPhone 5, and below are our thoughts. 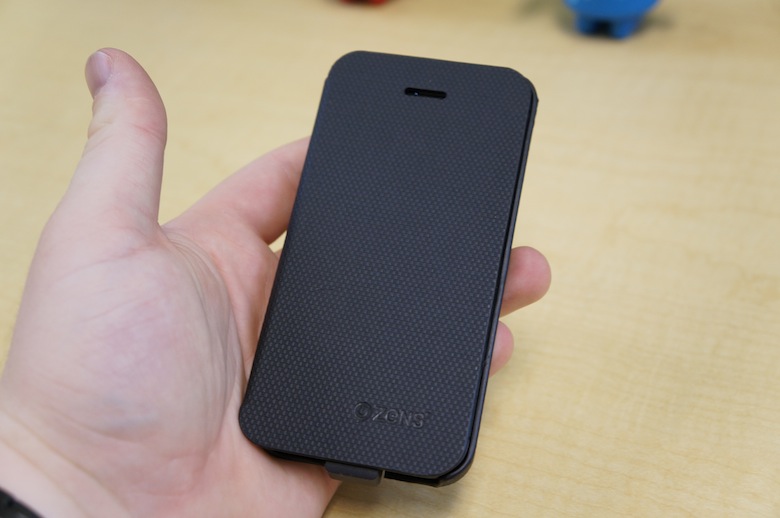 The packaging for the ZENS Flip Case for the iPhone 5 is … nothing special. It’s some lightweight pasteboard, plastered with branding and light on information. And the innards are straight to the point, as well. Inside you will get a few pamphlets and the case. That’s it.

Of course, there’s no charger in the box either, as the ZENS wireless charging pad is sold separately. Without that or some other Qi wireless charger, the case is nothing more than, well … a case that covers your Lightning port. 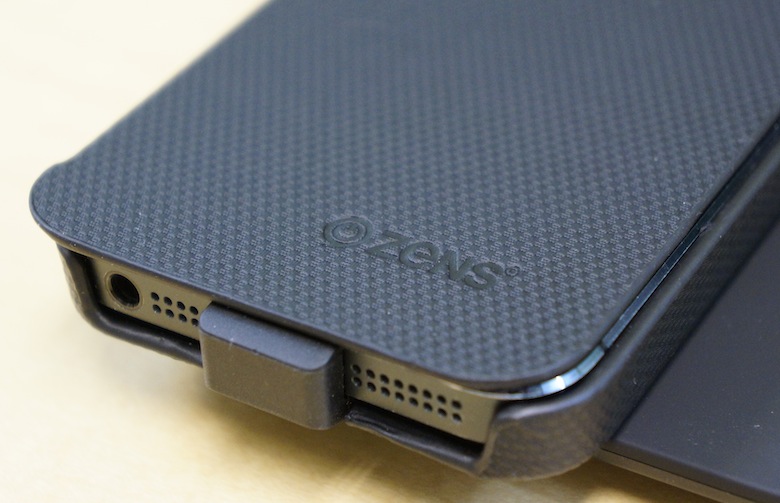 The outside of the ZENS Flip Case is a tacky, textured, rubber-like material that allows for a nice grip on the device. This material covers both the front, back, and wraps around the edges.

Like any other snap-on case, the Flip Cover clings tightly to the edges of the phone, while the cover flaps freely about. The inside of the cover is a high-quality, suede-like material (possibly a fine felt) that extends into the soft hinge and onto the left edge of the case.

And at the bottom is a Lightning connector, fixed to a rubber arm that extends out for easy installation. Simply pull it out, plug the iPhone 5 in, and snap it into the case.

Our iPhone 5 is fitted with a custom skin on the backside, so the phone never fully snapped into the case. The iPhone sat just above the edges of the case, but it never slipped out, nor did it stop the front cover from sitting flush on the face of the phone. 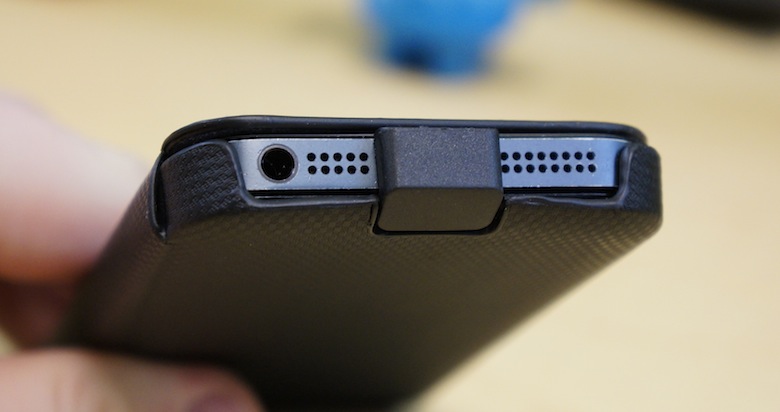 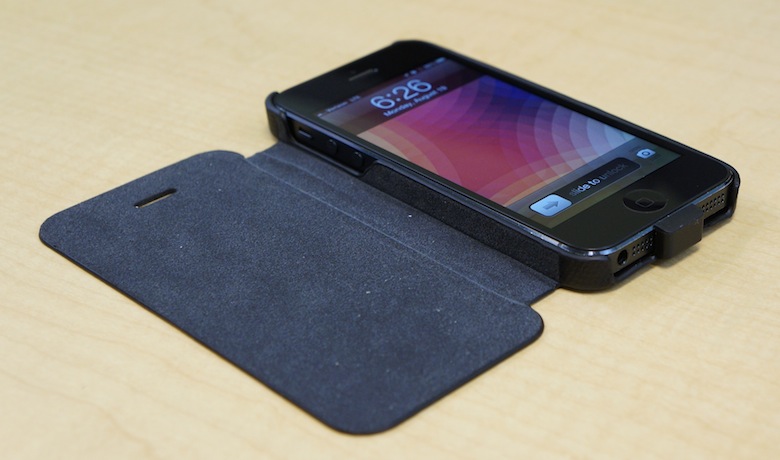 With the exception of the Lightning port, all buttons and ports, including the camera and flash, are easily accessible and open. There is also a tiny slit in the front cover for the earpiece speaker.

We really like the finish of the case. Frankly, we wouldn’t mind using the very case (without the Lightning port cover) even if it weren’t a wireless charging case. Put plainly, it’s a nice case, that feels great. Wireless charging is simply a plus.

Sure, the inside of the case could be nicer. It feels as if the wireless charging module was simply covered with a sticker, and there’s a tiny air pocket underneath, though no one will ever see this in day to day use. It’s just an eyesore when the phone is out of the case.

If you’re looking to adopt wireless charging for the first time, there’s something you should know. Wireless charging, at least for now, is generally slower than charging via hard wire. 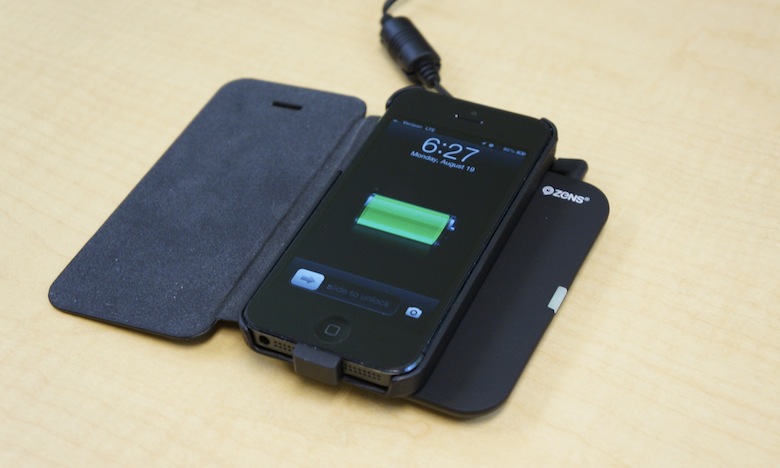 For example, the input on the accompanying ZENS wireless charging plate is 1A. However, the output of the Flip Case for the iPhone is 0.65A. The standard iPhone AC adapter outputs 1A. All of this means one thing: wireless charging with the ZENS case will take longer to fully charge than with a cable.

The difference, since the iPhone already charges fairly quickly, isn’t all that noticeable. But if you need juice in a pinch, you will notice that it doesn’t charge quite as fast as when you plug in your Lightning cable. So if you need to squeeze as much of a charge as you can in a short window of time, just plug in and save yourself the hassle. 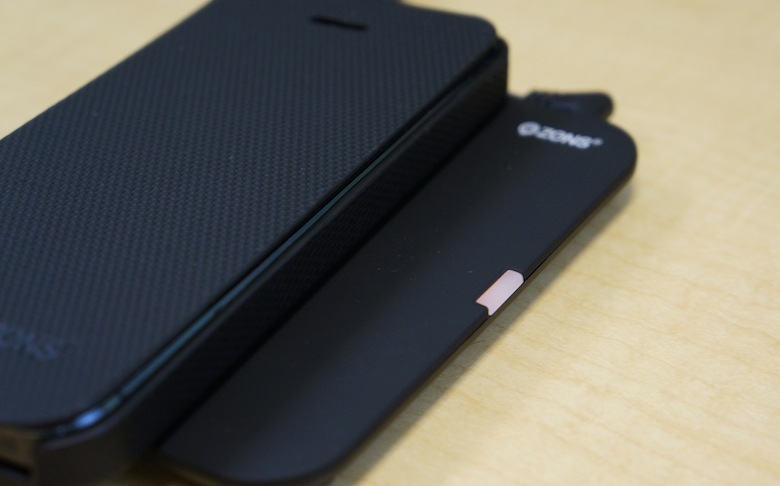 And speaking of plugging in, if you are, say, in your car, chances are you don’t have a Qi charger just hanging around and ready to charge. In order to charge your iPhone 5 without using wireless charging, you will have to take your phone out of the case … every time. Unlike battery charging cases, which stow a Lightning connection in the rear of the case, this case covers the Lightning port at all times.

This is, at best, a nuisance. But it won’t likely be a deal-breaker for those who enjoy the hassle-free feeling of dropping your phone on a wireless pad to charge. 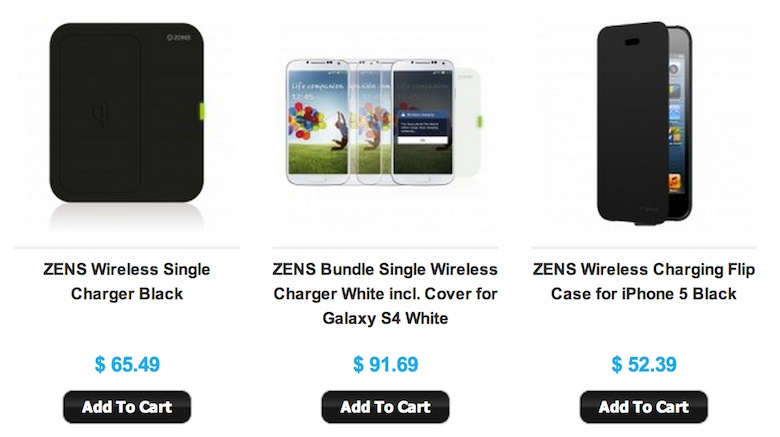 The ZENS Wireless Charging Flip Case for iPhone 5 is available in black for $52.39 from the ZENS store, and the single wireless charger from ZENS is in the store, as well, for $65.49. Of course, applicable taxes and shipping also apply. 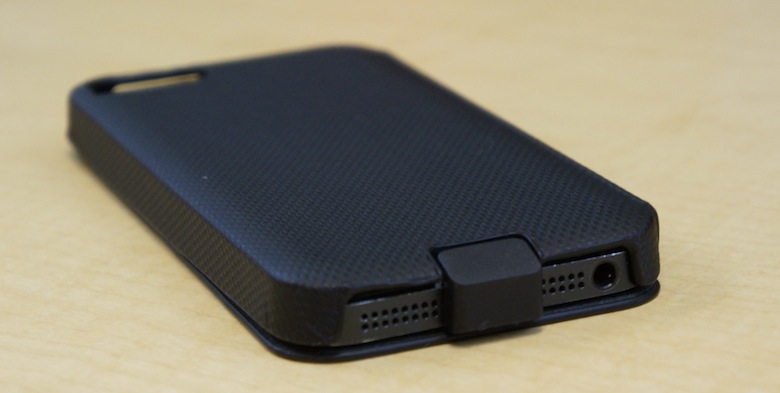 The ZENS Wireless Charging Flip Case for iPhone 5 isn’t perfect. And it doesn’t need to be. It’s only a case, after all. But at $52, it’s a good bit more than your standard flip-style case. The question many will be asking is: how can simply charging my phone differently be worth $52?

Unfortunately, that’s only half of the equation. Total, after the case and charger, you’re looking at nearly $130 after taxes … just to charge your iPhone. There’s no way around it. It’s a luxury, but a nice one at that.

Wireless charging isn’t cheap. If and when you can accept that fact, assuming you’re not totally turned off, the ZENS Wireless Charging Flip Case for iPhone 5 is certainly a solid buy. And the wireless charging pad from ZENS isn’t half bad either. We’ve been using it to charge several of our other devices, such as the Nexus 4 and Nexus 7.

It is being speculated that the Motorola Nio, which was expected to be a Moto G smartphone is actually the Motorola Edge S.