ZAGGsparq 6000: As close to perfect as a portable battery can get

When OEMs started moving away from removable batteries, many of us were disappointed, frustrated, even angry. Before then we had been able to extend the runtime of our devices by simply slipping an extended battery into the back of our phones and covering it with a new back-plate.

Even if we didn’t want to go with an extended battery that packed more mAh into a bigger space, we could always carry a spare battery or two with us to make it through extra-long hauls. Non-removable batteries made that impossible to do, which has given rise to the popularity of portable battery packs.

Here at Pocketnow, we’ve had the opportunity to use many different portable batteries, one which we even built from a 9-volt battery, an Altoids tin, and a few electrical components. So far we haven’t found one that’s “perfect”, but the ZAGGsparq 6000 is as close to perfect as we’ve been able to find. 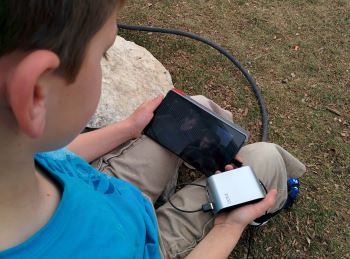 The first thing you’re going to want out of a portable battery is capacity! There’s nothing worse than having to lug around another item, only to have it not be sufficient to meet your needs. The larger the capacity (measured in mAh), the more times you can recharge your device — and the heavier it usually is. We’ve used portable batteries from 2,000 mAh all the way up to 10,000 mAh. By comparison, your smartphone probably has a battery around 2,500 mAh, depending on the model.

Here you see Porter watching a video on the 2013 Nexus 7, powered by a 3,950 mAh battery which is supposed to provide “up to 9 hours of active use”.  Carrying the math forward, the ZAGGsparq 6000 adds over 13 more hours of “active use” — just what you’ll need for a marathon of Star Trek: Enterprise.

Not all portable batteries are created the same. Once you plug in your smartphone or tablet, the rate at which it will charge will depend on a number of factors, the most important of which is the power output of the battery pack. USB chargers can output different amounts of electrical current — measured in Amps. That’s where things can get a little confusing, so let’s talk briefly about electricity. 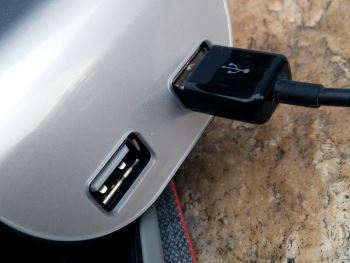 If we were to compare electricity to water flowing through a garden hose, voltage (volts) would be how much pressure is coming out of the nozzle (measured in PSI), amperage (Amps) would be the the flow rate (measured in liters or gallons per minute), and resistance (Ohms) would be the size of the pipe.

Since our portable electronics all use standard voltage and the same type of cable, if we want to speed up how fast our devices charge we need to increase the Amps.

Most devices today can handle 2 Amps, but many portable batteries, and even wall chargers, only output between 0.5 Amp and 1.5 Amps. Put another way, they’ll charge your device relatively slowly — but they’ll be compatible with a broader range of devices, especially older ones.

The ZAGGsparq 6000 can output 2.1 Amps — that means your device is going to charge fast, possibly even four times faster than other chargers out there. Because it includes two USB ports, you can even charge two devices at the same time. Both ports are iOS and Android compatible and either one can pump out a full 2.1 Amps, so you won’t have to worry about which one to plug into, like you have to do with some other chargers.

A portable battery is only useful when it’s charged (an empty battery won’t help you out at all). That means you’re eventually going to need to recharge the ZAGGsparq 6000, like you would any other portable battery. 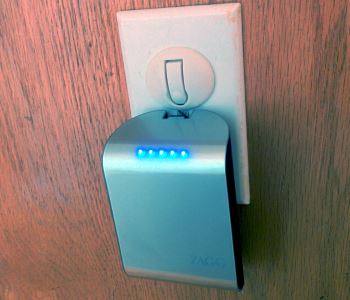 Most portable batteries are charged via a micro USB port, which makes total sense. Micro USB has become the defacto standard for charging our devices, so why not charge your portable battery the same way?

Remember what we talked about before with chargers varying in how many Amps they push out? Now you’re limiting your portable battery to those same limitations. A 6,000 mAh battery is going to take an awfully long time to charge at 0.5 Amps.

The ZAGGsparq 6000 includes flip-out prongs that will work in any 120-240 VAC outlet, at 50-60Hz. That means if you’re in the USA, you’re going to be just fine, but other countries use different voltages at different frequencies. If wherever you are falls within the supported input range, all you’ll need is an adapter to fit the socket.

It also means that you’re not limited to a 3rd party wall-charger to recharge your portable battery, the ZAGGsparq 6000 comes with its own — built-in.

With most portable batteries, you need to carry a wall charger and a USB cable with you, in addition to whatever it is that you’re going to be charging. Since the ZAGGsparq 6000 includes a built-in wall-charger, that’s one less thing that you need to pack around with you. Convenient!

Most portable batteries include a way to check how much charge is left in them. This one is no different, simply push the button on the top left and a series of bright, blue LEDs light up, each representing approximately 20-percent. 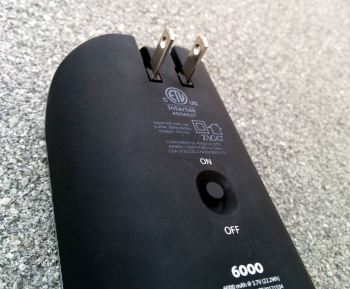 Unlike most portable batteries, the ZAGGsparq 6000 includes an off-switch. At first we thought this was unusual, but the more we used it, the more we liked it!

Portable batteries are more than just a big battery with power-in and power-out ports. They also include somewhat sophisticated circuitry to manage both charge and discharge functions, as well as the ability to report the battery status. All this takes power. Where does it get this power? Typically from the battery itself — the same one that you want to be fully charged and ready whenever you need it.

Unfortunately, as portable batteries sit, those circuits may still have power to them, and may be draining the very juice that you want to save for later, rendering your portable battery depleted right when you need it most.

You might be tempted to just keep it plugged in all the time, but that’s not healthy for batteries. You need to unplug them so they don’t overcharge, and so they don’t remain at a constant 100-percent charged state. ZAGG came up with something ingenious with that off-switch!

With the ZAGGsparq, you can charge the battery, unplug it, and switch it off. That way your battery will be ready to go when you are — just remember to turn it on when you need to charge up your phone or tablet. Brilliant!

Remember how we said the ZAGGsparq 6000 is as close to perfect as a portable charger can get? There are a few things that could be improved upon.

First, you’re still going to need a cable to connect to whatever it is you’d like to charge. Since most smartphones and tablets these days use micro-USB as their charging port, it would have been nice if ZAGG had included a built-in micro-USB cable, tucked neatly into the design of the portable battery. However, since iOS and some other manufacturers use proprietary cables (the the Samsung connector and Apple’s Lightning connector, for example) going with a standard USB port makes sense. We’d just prefer not to carry around another cable if we didn’t have to.

Second, some devices are starting to arrive with USB 3.0 which boosts the possible output from 2A to 5A. Today those devices are few and far between, but they’re going to become more commonplace. Portable batteries like this one will still charge those devices, just not as fast as they could if they supported the USB 3.0 spec.

Last, when plugged into a wall outlet and fully charged, this device emits an annoying whine. There’s nothing wrong with that, it’s just distracting. As soon as we unplugged it and switched it off, everything was nice and quite again, but it would be nice if it didn’t make any noise once fully charged.

None of these items should be considered a show-stopper, and we still consider the ZAGGsparq 6000 to be one of the best and most feature-packed portable batteries on the market today. 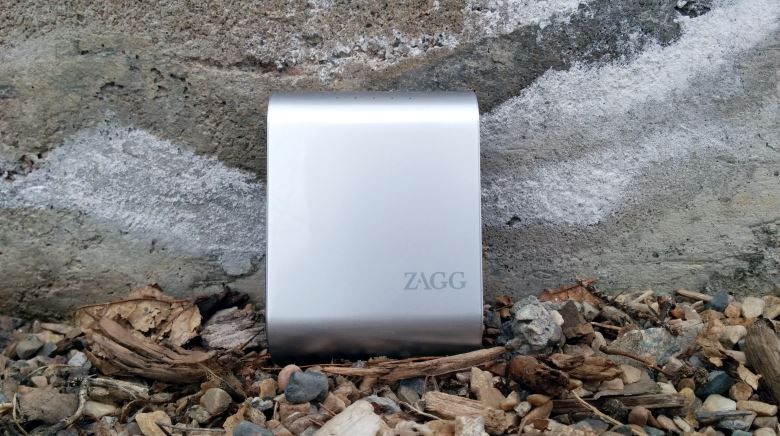 According to ZAGG, the sparq 6000 begins shipping today, the 24th of February, 2014 and resells for a suggested retail price of US$99.99 with free shipping. Amazon lists the product for $70.03 with Prime shipping.

If you’re like me, and need extra battery power while you’re on the go, you definitely need a portable battery. We don’t think you’ll be disappointed in the least by opting for the feature-packed ZAGGsparq 6000.

Reports suggest Google will launch the Pixel Fold in Q4, 2021.

WhatsApp is already working on the next-generation Multi-Device feature.