Not too keen on Sony’s 10.1-inch slates? Check out the scaled-down model to just launch, the Xperia Z3 Tablet Compact.

Sony came to IFA this year with new mobile devices in nearly every category imaginable: we’ve got new phones, new wearables, new camera accessories, and so it’s only fitting that we round that out with a new tablet. Leaks already managed to ruin some of the surprise, but today we get official word of Sony’s latest Android tablet, the Xperia Z3 Tablet Compact.

Sony’s getting smarter about tying its smartphone/tablet and gaming ecosystems together, and like the Z3 and Z3 Compact, the Z3TC supports the PlayStation 4’s Remote Play streaming mode.

Similarly, we see support for high-def audio output, but the Z3TC isn’t just a scaled-up version of the Z3. Instead of the 20.7MP camera, it gets a more reserved 8.1MP main shooter (2.2MP front-facer), but the silicon is the same: a 2.5GHz quad-core Snapdragon 801 running the show, helped out by a solid 3GB of RAM.

There’s 16GB storage (with microSD expansion possible), a 4500mAh battery, and a body that measures a super-slim 6.4mm thick.

We should see WiFi and LTE-enabled versions of the Z3TC, and Sony reports that both will be available beginning this fall. 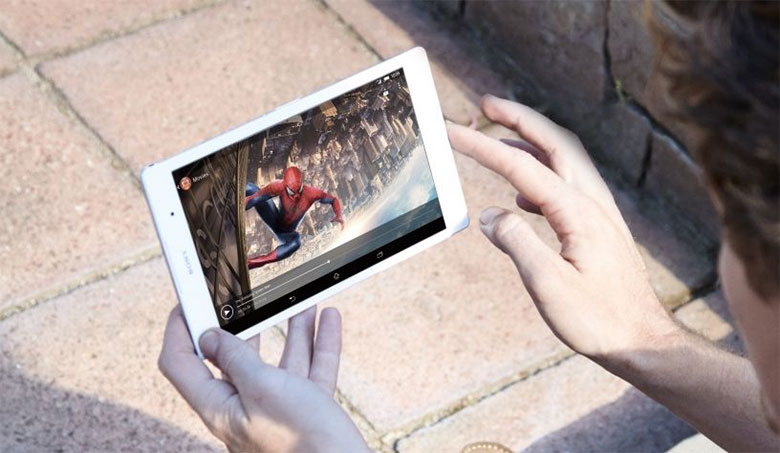