Some YouTube Music users are seeng new functionality in their apps, with the ability to play back locally stored music files.

Google introduced YouTube Music almost a year ago, and aims to be the go-to source for official music releases, where available. The company also wants YouTube Music to replace its Google Play Music service, and, as the company shifts the offering from one platform to the other, some of the features are transferred as well, like the ability to play locally stored files.

The YouTube Music app is now able to play back locally stored music files, either on your phone’s internal storage memory, or from an SD card. As seen in the screenshot below, courtesy of MSPowerUser, you can find all your media files under the Library section. There’s a special section called “Device Files”, and XDA Developers note that unlike with Play Music, you are not able to upload these files to your cloud or add them to a YouTube Music playlist for listening on other devices.

It is not certain which regions will get the local playback feature, and when, but it appears to be a functionality that needs to be enabled on the server side by Google. Do you have this feature? Let us know what you think! 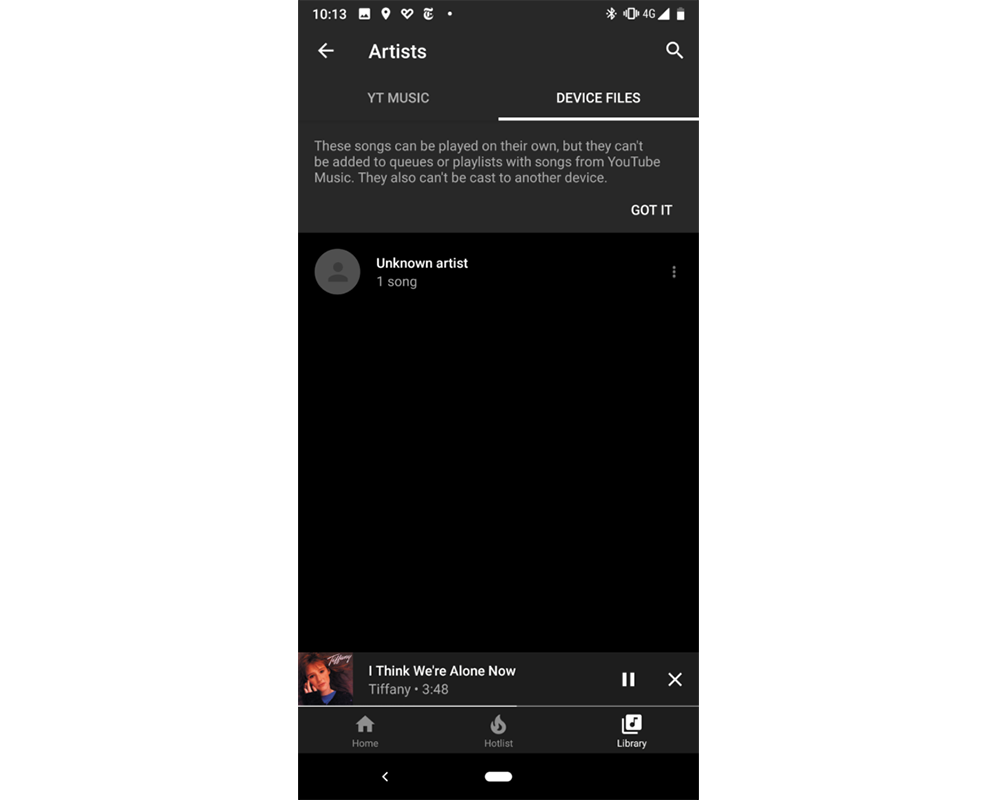