Thanks to Qualcomm Quick Charge, if you’ve got the right charger and the right phone, charging can be pretty quick!

One thing all of us have in common is the fact that all of our devices will eventually run out of power and need to be charged again. Doing so is a relatively simple process: plug your charging cable into a computer, wall wart, or specialty outlet – then wait. Back in the early days we had relatively small battery capacities and charging our phones didn’t take too long. Today we have devices with thousands of mAh capacities that take all night to charge, but typically don’t last all day!

The solution from Apple and Samsung was to provide some “signaling tricks” which enabled their charges to work with their devices to speed up charging. Generic chargers initially couldn’t do that, driving customers to buy “official” chargers from their respective OEM.

Back in 2012, Qualcomm wanted to offer the same sort of feature, but in a standardized way so that everyone could benefit from the accelerated charging – provided they had a Qualcomm chip in their phone or tablet. This was called Qualcomm Quick Charge 1.0 and enabled phones to charge using 5-Volt, 2-Amp chargers (that were already on the market), through an integrated power management circuit inside the Qualcomm chip, they’d charge faster. If the device’s state-of-charge was very low, it would charge the first half of the battery very, very quickly! 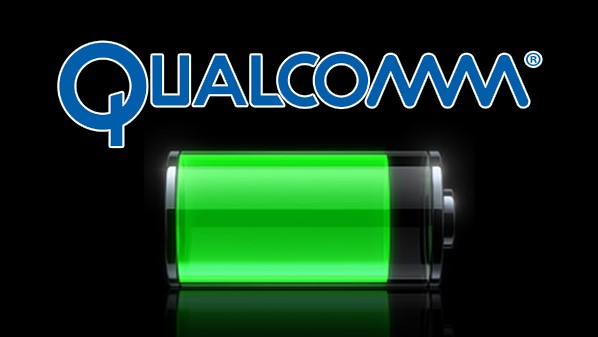 It seems as if Qualcomm Quick Charge 1.0 was more of an afterthought than a selling point on spec sheets. Many devices included the feature, but few called out the fact, even though some pretty big names were on the list, including the HTC 8X, 8S, Droid DNA, Evo 4G LTE, and One S; the LG Optimus G; the Motorola Droid RAZR HD, Droid RAZR M, Photon Q 4G LTE, and Droid RAZR Maxx HD; the Nokia Lumia 820, 822, 920, and 920T; the Samsung Galaxy S III, Ativ S, Galaxy Tab 2 10.1 and 7.0, and Galaxy Tab 7.7 Plus; the Sony Xperia T and TL; and even Google’s Nexus 4. Here’s a more complete list of phones that support Qualcomm Quick Charge 1.0 – the list tops out at over 70 devices.

Building on what Qualcomm did with 1.0, Quick Charge 2.0 bumps up the amperage of the standard 5-Volt charger to as much as 3-Amps. But it doesn’t stop there. 2.0 chargers are capable of voltages above the standard 5 VDC – all the way up to 12-volts! – which helps accelerate the charge cycle even more. This requires modifications in the chargers themselves, so your old “standard” and Quick Charge 1.0 chargers won’t work with the new Quick Charge 2.0 spec. They’ll still charge your phone or tablet, just not as fast. 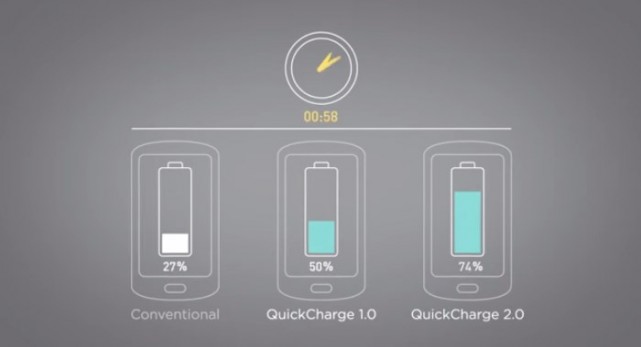 I used to use Qi wireless charging as my exclusive charging method. Now I use Qi to trickle-charge, but I use Quick Charge in the car and at home to get me that boost that I need – and it’s fast! Wicked fast!

Of course, if your device doesn’t say it’s Quick Charge compatible, you should probably stick to the charger that came in the box, or something that has the same rated output. But keep an eye on that spec sheet when you’re getting ready to upgrade, and make sure Qualcomm Quick Charge is on the list- you’ll be glad you did!