The YotaPhone 2 is awesome, but it won’t be forever

Yota Devices announced the YotaPhone 2 at MWC, an innovative expansion on the original that I want right now. But I won’t be able to buy one till 2015.

“We are inspired by taking risks and innovating mobile communications to bring value to users. We are a start-up company that had a big idea and we’ve executed on that idea. We looked at the smartphone from another side, literally, and created YotaPhone.”

I love this quote. It’s a little heavy on the corporate buzzwords for my taste, but the idea of a small group of dedicated individuals banding together to will a dream into reality -particularly a dream as unconventional as YotaPhone- is an inspiring tale even to those who don’t share my love for the underdog.

And Yota Devices certainly succeeded in shaking up the status quo with its inaugural effort. The company’s self-titled debut device won a Best of CES award from CNET and the admiration of pretty much everyone who laid hands on it in 2013, including yours truly:

It’s that rear screen that’s key to YotaPhone’s allure: unlike every other modern smartphone, it puts the vast stretch of space on its backside to use – using technology that doesn’t drain the battery or otherwise negatively impact the device’s day-to-day operation. It’s an incredibly smart use of space.

As impressive a notion as the first YotaPhone was, though, the YotaPhone 2 makes it look like a reference design that never should have left the drawing board.

The new device trades the strange angles of the original for a rounded chassis that looks much more finger-friendly. It dumps the touch-sensitive strip on the back for full touch control on the expanded 4.7-inch e-ink display – a display that’s now capable of taking over for the main screen to handle basic phone features in a pinch. And the specs have been expanded considerably compared with the original: a Snapdragon 800 now drives Android on a 5-inch 1080p AMOLED panel on the front side, the whole shebang powered by a 2550 mAh battery that’s capable of being recharged wirelessly. The new YotaPhone is a smartphone I want right now. 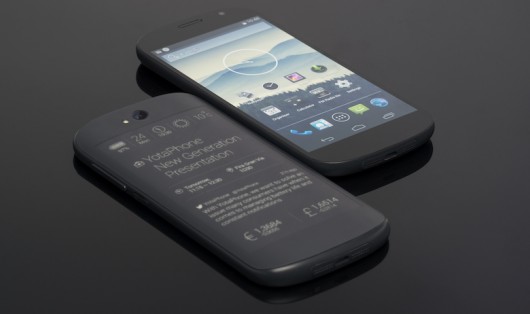 Unfortunately, I can’t have it until the end of the year, at the earliest. And unless you work for Yota Devices, neither can you.

The same thing happened with the first-edition device, as Taylor Martin helpfully explains in his news post on the unveiling of the sequel: “by the time [YotaPhone] released, just over two months ago, the phone’s internals were dated, making the phone seem rather expensive even for its progressive design.”

Those dated internals included a Snapdragon S4 that had been passable just a few months prior. This industry moves quickly. And with an intended launch window of late 2014 (and early 2015 for some regions), the exact same thing is destined to happen to YotaPhone 2. 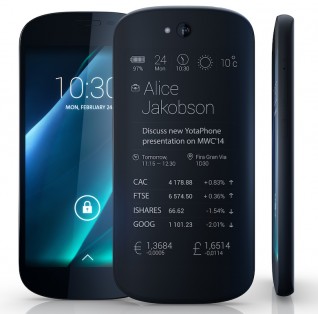 Look, I get it: Yota Devices isn’t the world’s largest company, and building a smartphone is no small endeavor. But there’s an art to the process of announcing a device, and as David Ives might say, it’s all in the timing.

Apple has traditionally been held up as the best example in this regard, its products often shipping less than two weeks after their announcement. Conversely, one of the worst examples of yesteryear was Palm, which infamously forced customers to wait six months between announcement and release of its “comeback” flagship, the Pre. Palm was bigger than Yota Devices even in its slimmed-down 2009 state, but it was just as eager to break into the “new” mobile world as Yota is now.  And the delayed released of the Pre hurt it badly. 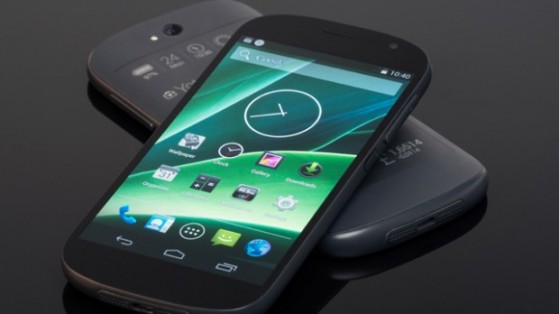 Ultimately Yota is not Palm, and the YotaPhone is not the Pre – but I’m still forced to wonder whether announcing a device eight to nine months before it’s available is a good move. Yota Devices just announced this morning that its new YotaPhone has received “top honors from CNN, Time Techland, Computer Bild, Expert Review, Laptop Mag, PC Mag, Tech Central, PocketLint, T3, Tom’s Hardware, Tom’s Guide and Ubergizmo, among others,” so the company is getting plenty of attention from its MWC announcement.

But in as fickle a market as the mobile tech space can be, attention is a short-lived commodity. The first YotaPhone proved that, and its sequel looks destined to rehash the past. Again: if you’re a small company that needs a lot of lead time for product development, that’s fine – particularly when it’s as innovative as YotaPhone. Just don’t announce it almost a year before it’s available and expect me to still be excited for it come 2015.