The Lenovo YOGA Tab 3 Pro is similar to the 10 inch YOGA Tab 3, but with some big upgrades. Its 10 inch IPS screen is QHD 2560 x 1600 pixels resolution with 299 nits. It’s running Android 5.1 on an Intel Atom x5-Z8500 processor. You’ve also got IP21 splash proofing, four front-facing speakers with Dolby Atmos 3D Surround Sound, a 10200 mAh battery for up to 18 hours of use, a 13 megapixel AF rear camera and a 5 megapixel AF front-facing camera. 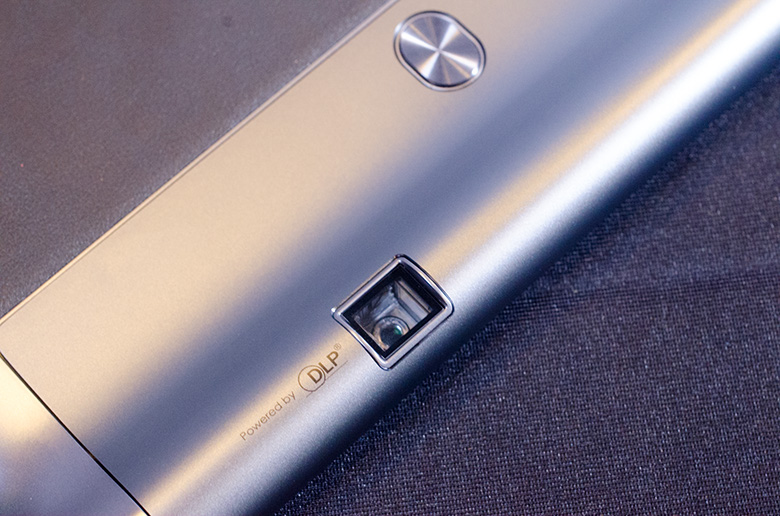 Oh, it’s also got a 70 inch rotating Pico Projector with 50 nits, digital focus, and gesture control. The previous Lenovo YOGA Tab 2 Pro had the projector in the tip of the battery cylinder at the end. That meant that you couldn’t really aim the projector anywhere but parallel to the surface it was sitting on. 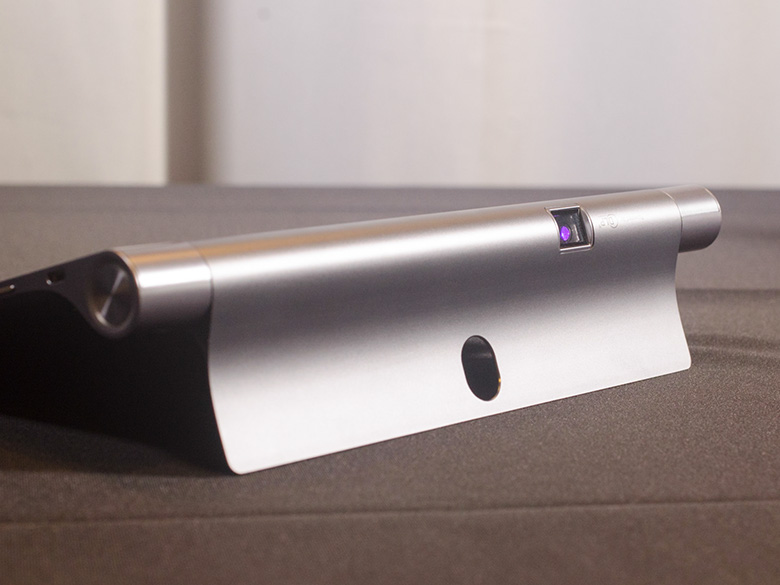 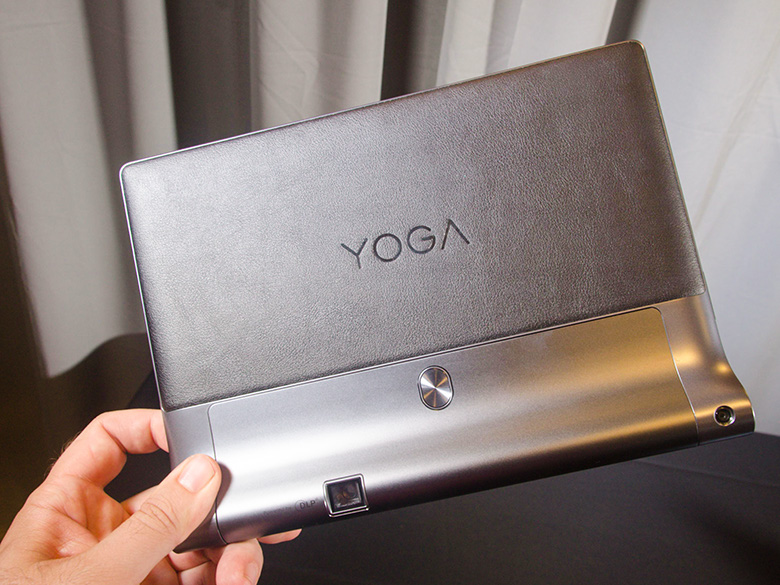 The backing looks very professional in black with a “puma leather” coating. It really feels great, too. 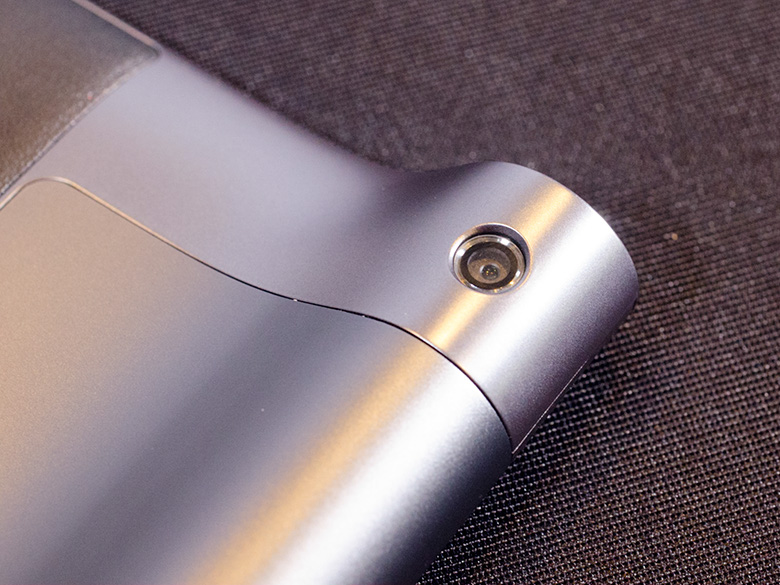 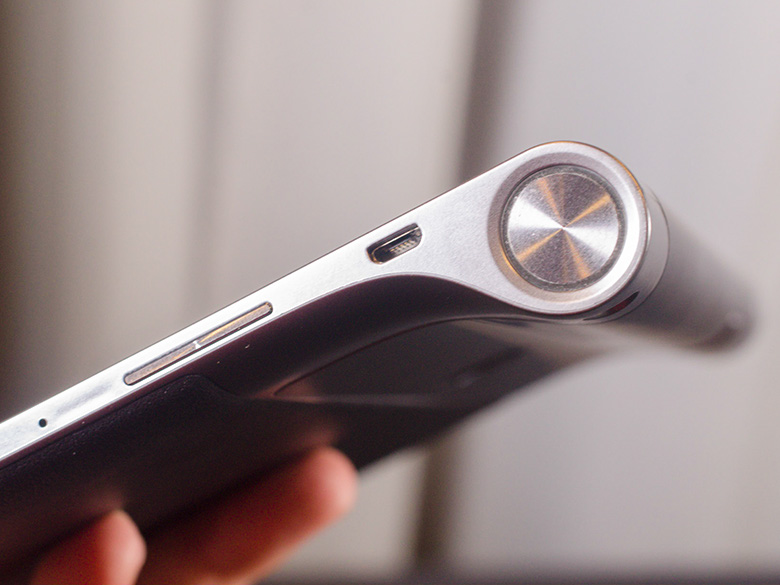 On one side of the battery cylinder is the power button while the other side has the projector power button. From this angle you can see just how much thicker the battery cylinder is compared to the rest of the tablet. As we mentioned in regards to the consumer YOGA Tab 3s, this cylinder actually makes holding the tablet very comfortable, and the set-down angles it provides for the screen are very welcome. 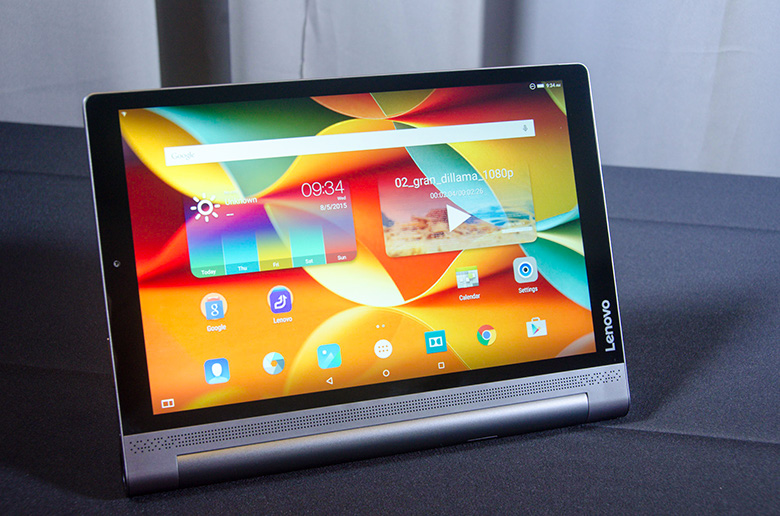 The Lenovo YOGA Tab 3 Pro adds a lot of high-end Android features to the Tab 3 line of tablets and the included projector is great for small business users that need to share presentations, photos, or videos frequently. The YOGA Tab 3 Pro will be available starting at $399 for the WiFi version or you can get the LTE version which will start at $499.

Samsung’s new tablet will reportedly feature a 12.4-inch display and offer 5G support. But that’s not all.