After months of rumors and speculation, the Sony Xperia Z3 launch has finally made the new flagship official.

Accessories aren’t the only things on the menu for Sony at IFA 2014 today, and after introducing its new QX camera add-ons and its latest wearables, Sony has drawn back the curtain of the star of the show, its Xperia Z3.

The phone’s got a slim 7.3-mm thick build with narrow sub-2mm side bezels. Sony’s not venturing too far away from its past formula here, making the Z3 waterproof and giving it a high-res 20.7MP main camera.

That camera manages to offer an ISO rating as high as 12800, and incorporates a 25mm lens. The total package delivers what Sony calls “the world’s best camera and camcorder in a smartphone.”

A high-def audio system promises to deliver music quality that puts even CDs to shame. And as for battery life, Sony says that users should expect operating times as long as two days on a charge.

For users with a PlayStation 4, the Z3 supports the console’s Remote Play mode, letting it me paired with a controller and used as a wireless screen for gaming all around the house.

The Z3 offers a 5.2-inch 1080p screen, gets its power from a good-sized 3100mAh battery, and runs a 2.5GHz Snapdragon 801 SoC. Internal storage options include 16GB and 32GB internal flash, but there’s also microSD expansion available up to 128GB. 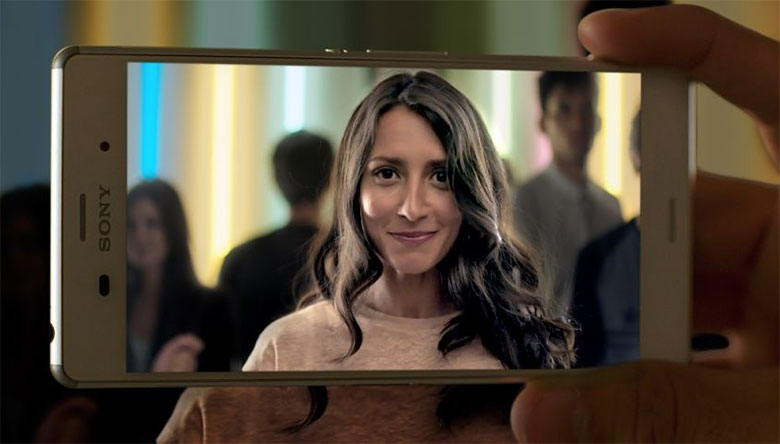