Check out the invitation that sure has us speculating about a possible Sony Xperia Z1 Mini launch on January 14.

The last few months of 2013 brought us rumor after rumor about the Sony Xperia Z1s, a supposed international version of Japan’s Z1f – and with both phones more plainly described as the Z1 Mini. While we were off to a good start, apparently some of the lines got crossed, and news of the Z1S got mingled with the launch of a new version of the Z1 for Chinese radio bands. We’re still not sure just where all the pieces might fall, but today we get new hope that an international Z1 Mini launch is still pending, with word of another development out of China.

The invitation you see up above, for a Sony event scheduled a week from this coming Tuesday, is getting a lot of attention due to that color scheme it presents. While we’re used to black, white, and purple for the Z1 itself, the Z1f that launched in Japan is available in this same array of black, white, pink, and yellow (below). It’s conceivable that Sony just likes those colors and may use them for another Xperia, but we also have to consider the possibility that this means that the Z1f – with whatever new name it gets – could be ready to hit new markets.

We would very much like this rumor to be true, so we’ve got to remind ourselves not to get carried away: this is still just a theory, and Sony could ultimately have something very different planned. 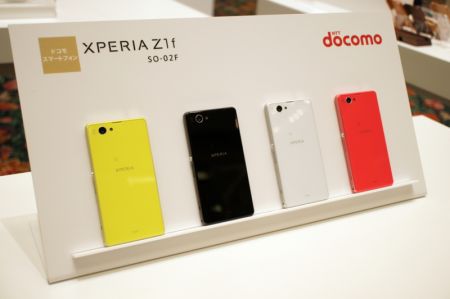