The Sony Xperia XZ3 has been officially announced at IFA 2018 and it brings the BRAVIA OLED display to the palm of your hand.

Sony introduced the Xperia XZ3 today at the IFA 2018 in Berlin. It is the company’s fall flagship and those waiting for an OLED screen on a Sony phone can now rejoice. The Xperia XZ3 announced today introduces a six-inch HDR BRAVIA OLED display with QHD+ resolution and an 18:9 aspect ratio. Protected by Gorilla Glass 5, it also features a curved design that is borderless, at least on the sides. As with any Sony flagship, the panel is a Triluminos display with the company’s own X-Reality for mobile.

A Qualcomm Snapdragon 845 chip can be found under the hood. Together with 4GB of RAM, it should be fast enough to handle all the heavy lifting. The on-board 64GB storage can be expanded via microSD card (if a second SIM is not used). The Xperia XZ3 doesn’t get Sony’s new IMX586 48MP camera. Instead, the phone features a single 19MP main shooter on the back promoted as Motion Eye, with a sensitivity of ISO 12800. Laser auto-focus is present, and a fingerprint scanner has been placed in the middle of the phone’s back. The front-facer is a 13MP unit with F1.9.

As we’ve seen on previous Sony phones, the Xperia XZ3 brings Sony’s dynamic vibration system for its audio output. Sounds are generated from two stereo speakers with S-Force, that are also capable of delivering front surround.

Other notable specs include IP65/68 rating, Gorilla Glass 5 on the back as well, that allows QI wireless charging of the 3,330mAh battery. WiFi 802.11a/ac/b/g/n is supported, as well as Bluetooth 5.0 with Qualcomm APTX HD Audio, and NFC. The Xperia XZ3 ships with Android 9 Pie out of the box.

A dedicated camera key on the side can trigger the shutter. It is also one of the three ways to launch the camera. The other two include tapping the middle of the screen, as well as using Side Sense. Side Sense on the Xperia XZ3 allows users to slide their fingers on either side of the phone. This will take the user back to the previous page.

The Xperia XZ3 will be available Bordeaux Red, Forest Green, Black, and White Silver, as seen below. Pricing and availability details aren’t available at the moment. 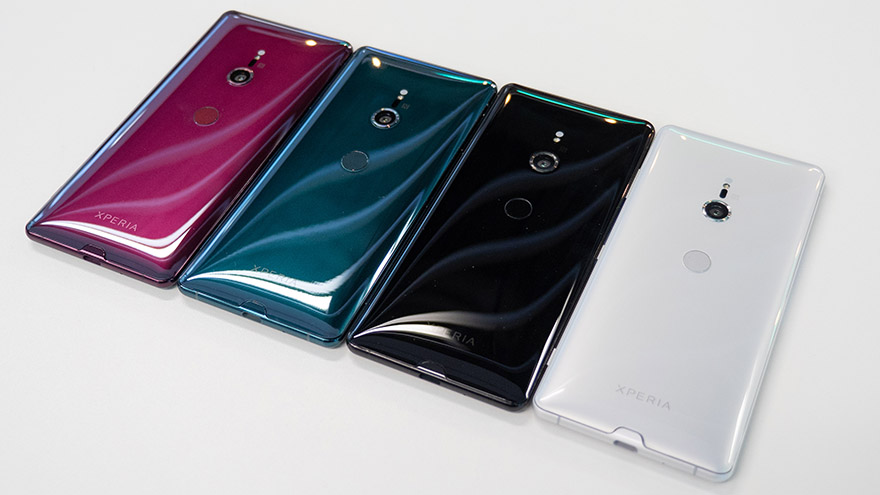