A render claiming to depict the Sony Xperia XZ3 has surfaced showing off what the company’s upcoming flagship might look like.
Published 25 August 2018, 00:00 EDT

The image you see above (and below) claims to depict the upcoming Sony Xperia XZ3. We’re not sure what to believe at this point, as there were already too many rumors about this phone, some conflicting. If we just go with it, this is what Sony will reportedly unveil at the upcoming IFA 2018 in Berlin next week.

There is no notch on the phone, and Sony sticks to its design language with rather big top and bottom bezels. The manufacturer was criticized over the years for employing these large borders. It always justified their necessity in order to accommodate the top and bottom front firing speakers. There is one at the bottom, below the logo, and the earpiece could double as another.

A previous rumor indicated that the phone might have FHD+ resolution on a notchless screen. Curved glass was also hinted by another report, but, from these renders, we can’t really see if that’s the case on the XZ3. What matches with earlier chatter is the presence of a single camera. After announcing the 48MP IMX586 sensor, reports surfaced claiming that the Xperia XZ3 will be the first one to employ it, as a single camera solution.

A fingerprint sensor is placed dead center on the back, and another sensor is sitting between the camera and the flash. It will probably offer focus support as part of the Hybrid focus Sony is employing. A dedicated camera button is placed on the right edge, testifying to the fact that this phone will be focused around that 48MP camera.

As for the rest of the specs, rumors mentioned internals in line with the rest of the flagships out there. A Qualcomm Snapdragon 845 processor will do the heavy lifting, aided by 6GB of RAM, and probably 128GB of internal storage. 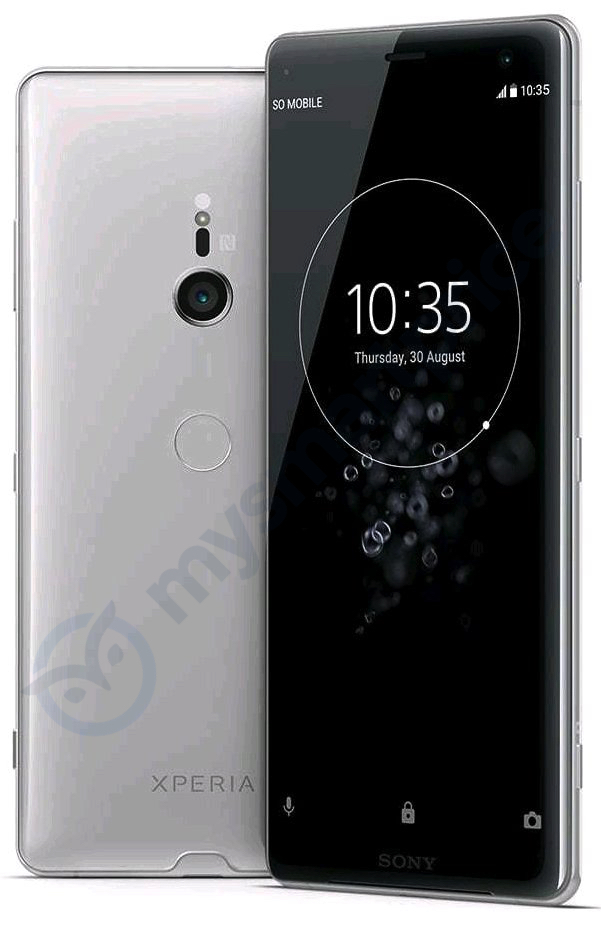 Today’s deals come from B&H and Amazon, where we find the Apple Watch Series 6, the Watch SE and more devices on sale

Once the person on the other end is ready to speak, Google Assistant will alert you…