The Xperia Z4 may get all the spotlight, but some new Xperia E4 pics remind us that Sony’s got other models in the works.
Published 09 February 2015, 12:30 EST

The Xperia Z4 is easily the upcoming Sony smartphone we’re most eagerly anticipating at the moment, but it may not arrive alone. Last year at IFA 2014, Sony launched a number of devices alongside the Xperia Z3, including the Xperia E3 low-to-mid-range model. By the time December rolled around, we found ourselves checking out the first rumors of a follow-up E4, one that would make a few solid improvements on the E3 while still remaining quite affordable. We saw a couple leaked photos back then, but now we get what may be an even better look at the hardware as some new renders turn up.

Truth be told, it’s a bit of a departure from the Xperia E3. With these renders we get our first look at the phone’s back – an angle we didn’t get to see in previous shots. Instead of the E3’s to-the-side camera placement, the rear camera is centered here.

And unlike the E3’s front-facer and prox sensor that flanked the Sony logo up top, we find those components off to the side with this model. That said, there are some inconsistencies here, and aside from the absent Sony logo in the pic below, the amount of space reserved for the top bezel is much larger in the above render than this bottom pic.

Rumored specs are again in line with what we previously heard, including a five-inch quarter HD display and MediaTek MT6582 SoC. Here we also see mentioned the presence of 1GB of RAM, 8GB storage, and camera resolutions of 5MP for the main and 1.9MP for the front-facer. 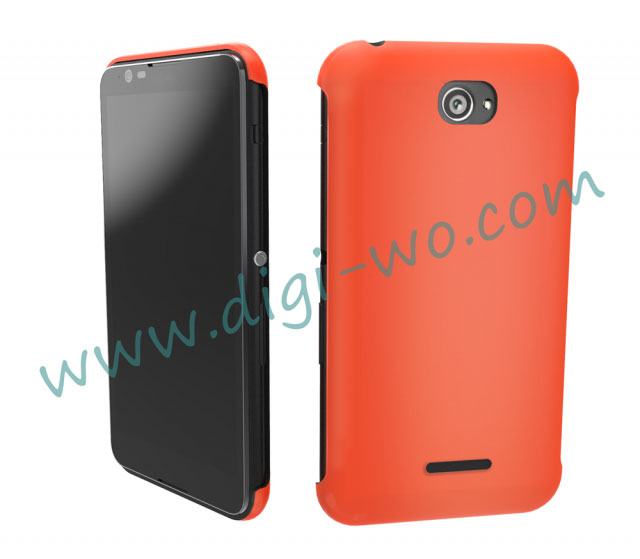