Will Xiaomi staying out of the US help or hurt it?

Xiaomi has a great phone out there called the Mi Mix, but it’s destined only for Chinese shores. Is Xiaomi making a mistake by staying out of the US?
Published 22 January 2017, 10:30 EST

Well, I’m disappointed. I don’t mind saying, I was looking forward to seeing Xiaomi enter the US. Once I found out it was going to have a press conference at CES, it seemed likely. I mean, the US’s biggest tech show, where we were seeing other great phone brands like Huawei, Honor, ZTE, and TCL were all presenting, surely Xiaomi would have something up its sleeve right? Well, it did, but it’s keeping its phone over in China. I’m not going to say that the Xioami Mi MIX is too big – but it is really huge – because it seems like every time I say that, I use one and it proves me wrong.

But regardless of how you feel about the Mi Mix, unless your home address is China, chances are you won’t be using it. Which is a shame. And I don’t want to go all “American” on you or anything, but I have to wonder if keeping Xiaomi out of the United States is such a great idea. I’m personally still at a loss as to why any brand would have regional exclusivity. If sales is a numbers game, more numbers should equate to more sales. 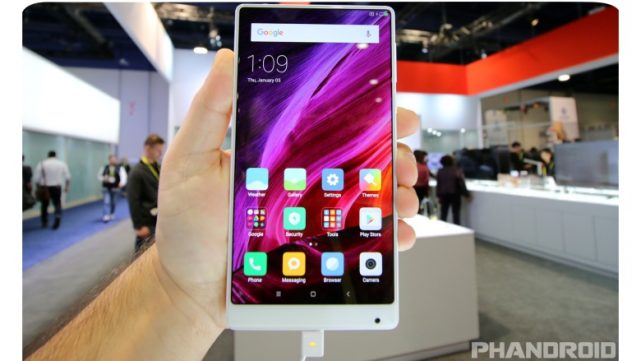 Keeping it in the family

But here we are debating the merits of keeping a phone on its home turf. There is something to be said for that. From a business standpoint, keeping things at home makes a whole host of logistics much more manageable. Shipping, warehousing, customs, and all of that are a simpler affair when international boundaries aren’t crossed. If you’re going to land on foreign shores, there’s a whole infrastructure that needs to be put in place and supported.

It’s tough for a brand like Xiaomi which isn’t familiar to most US markets. Heck even the Pocketnow team itself disagrees on how to pronounce “Xiaomi”. It’s not like you can just set up a website and expect millions of smartphone buyers to run for their credit cards. Companies like Huawei took time to grow accustomed to how to sell to an American audience. Because culturally, the world is very different, and a technique that works in China won’t necessarily work in Chatanooga.

Plus, looking at simple numbers, China has roughly a billion more people than the United States. Even adding the United States, and just for fun, let’s throw in Western Europe, you’re barely adding 50% to its customer base. It simply isn’t worth it, dealing with the wide variety of cultures and infrastructure needed to leave home. 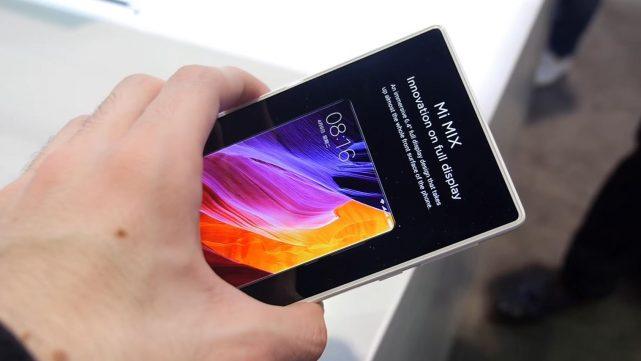 But there’s really only one good way to learn how to do it – dive right in. Sink or swim, as they say. The United States is a rich market waiting for the next best thing that won’t set us on fire. And yes, I would be remiss if I didn’t remind our readers that there is a bit of a gap when it comes to owning large phones in the United States, and the world over these days. The Xiaomi Mi MIX is a pretty cool innovation that could have helped fill that gap, before Samsung recovers and reenters the market, likely this coming spring.

But, putting aside the Galaxy Note, entering the United States market makes Xiaomi a global brand, in the words of Hugo Barra. There’s a ton of value standing toe to toe with the likes of Samsung, HTC, LG, Lenovo/Moto, and Huawei. In fact, the market here is getting rather crowded. Had I written this article two years ago, I probably would have said “Samsung, HTC, and LG,” and stopped there. In fact, when this article publishes, I’ll probably think of a few more companies I could add to the list. The point being, the field is crowded already, and it’s just going to get more crowded. It’s hard enough to break into a new market with a couple of competitors, but when you have to run against a gaggle of known and popular brands, the odds are not in your favor.

So what do you think? Is Xiaomi making a mistake by holding back? Is the US market even big enough to warrant such a move, considering the potential at home? Or is Xiaomi right to hold back until the timing is just right? Put on your CEO hats and sound off down in the comments. America is waiting for the Mi MIX, so let’s see if we can figure this out.