The self-contained Oculus Go headset is actually manufactured by Xiaomi, as announced at CES 2018, and a China-exclusive equivalent called Mi VR Standalone is also in the pipeline.

Self-sufficient virtual reality headsets relying in no way on external sensors, phones or PCs are finally all the rage, and following Oculus, HTC and Lenovo, Xiaomi threw its hat in the ring earlier this week at CES 2018.

Well, not exactly, as the fast-growing Chinese smartphone manufacturer actually showed up on the Las Vegas stage alongside Oculus, looking to help rather than challenge the Facebook-owned VR veteran.

As it turns out, the standalone Oculus Go headset will be built by Xiaomi, which might be one of the reasons why the starting price is so low compared to the HTC Vive Focus. If there’s something Xiaomi is brilliant at, that’s definitely manufacturing solid gear at a big discount.

Of course, the Oculus Go isn’t quite as advanced and powerful as the Vive Focus either, packing an older and slower Snapdragon 821 processor vs the 2017-released Snapdragon 835 flagship. 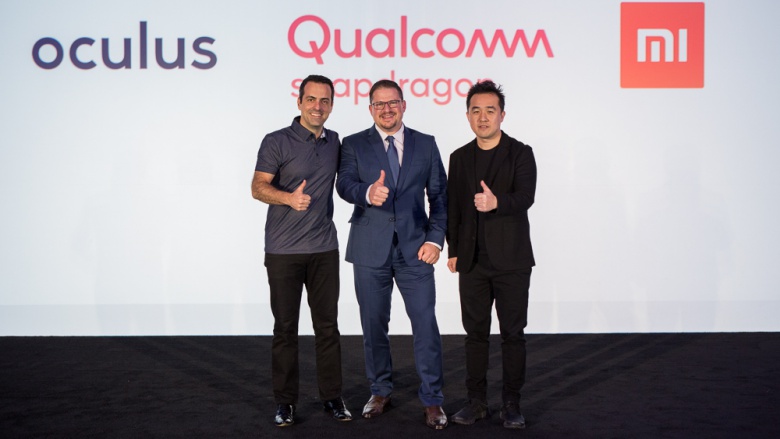 Still, by working “closely with Qualcomm”, Oculus and Xiaomi are confident they will be able to “deliver the highest possible level of performance to meet the high computing demands of the standalone VR product category.” Or at least the “high” performance you’d reasonably demand from a $199 independent device with 3-degrees-of-freedom tracking and a 2560 x 1440 LCD panel.

In China, the Oculus Go will be repackaged and rebranded as the Xiaomi Mi VR Standalone, with “some of the most popular content” from the Oculus Store adapted for the world’s largest smartphone market by the two companies’ developers in order to give Chinese consumers “access to high-quality mobile VR content.” Everything else will be the same, including the overall design language, build materials and internals.

The app gives you the option to specify any 15-second section of a video that can go as your status.