Here’s what the Xiaomi Mi4 camera can do

Still, not everyone is convinced Xiaomi is deserving of all the praise and success it has earned seemingly overnight. The four-year-old company sometimes uses some pretty sheisty tactics. It’s accused of ripping off the late Steve Jobs’ style – from his wardrobe to his presentation style. The company is said to have been built on similar principles as Apple. And many of its products and software look like, well … Apple’s.

The Mi4, the company’s latest high-end smartphone, is really no different. Its stainless steel band design has caught a lot of flak so far. But there’s no denying the design and engineering prowess of Xiaomi. The Mi4 is solid, and so is its list of specifications, which easily compete with devices like the LG G3 – 3GB RAM, a Snapdragon 801 SoC, a 13-megapixel primary camera, 3,080mAh battery, and so on. In fact, yesterday, I compared the Mi4 with the G3; you can find that video here. But what about the Mi4’s camera quality? Is it up to snuff?

Seeing as camera quality has become a make or break feature for many over the years, we thought we’d treat you to a few galleries which show what the Mi4 is capable of. You can find those below! 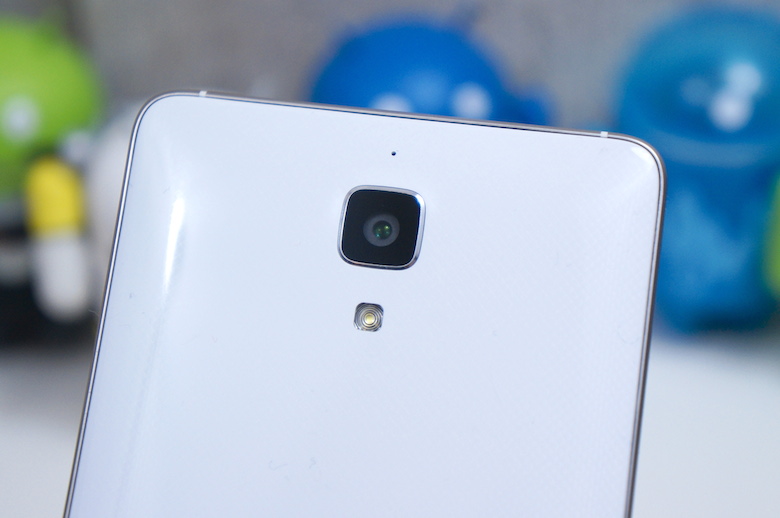 Frankly, we weren’t terribly impressed with the Mi4 when we compared it to the G3. It’s certainly not the worst camera we’ve used, though. The images it produces are notably warm and there was more noise and less detail than we’re used to seeing, especially out of a 13-megapixel camera. The Mi4 sometimes missed focus, particularly with close-ups.

Out of the box, the dynamic range is quite limited, often overexposing at the hint of a light source, even in broad daylight. Fortunately, there is an HDR mode (which we briefly cover below) and plenty of software settings to tweak in the stock MIUI camera application. 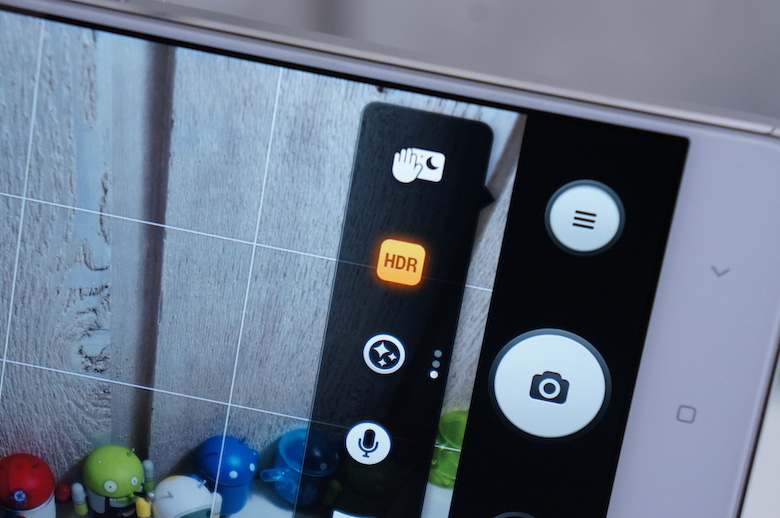 We didn’t spend too much time messing with HDR, since it’s a pretty basic feature for most smartphones these days. However, you will note that it does a great job in the two photos below. In the photo of the trees, which you can also find with HDR off in the above gallery, the leaves are detailed and not overexposed. And in the photo of the shadowed basketball goal (also included above without HDR), you can see toggling HDR does a great job of pulling out the shadows. 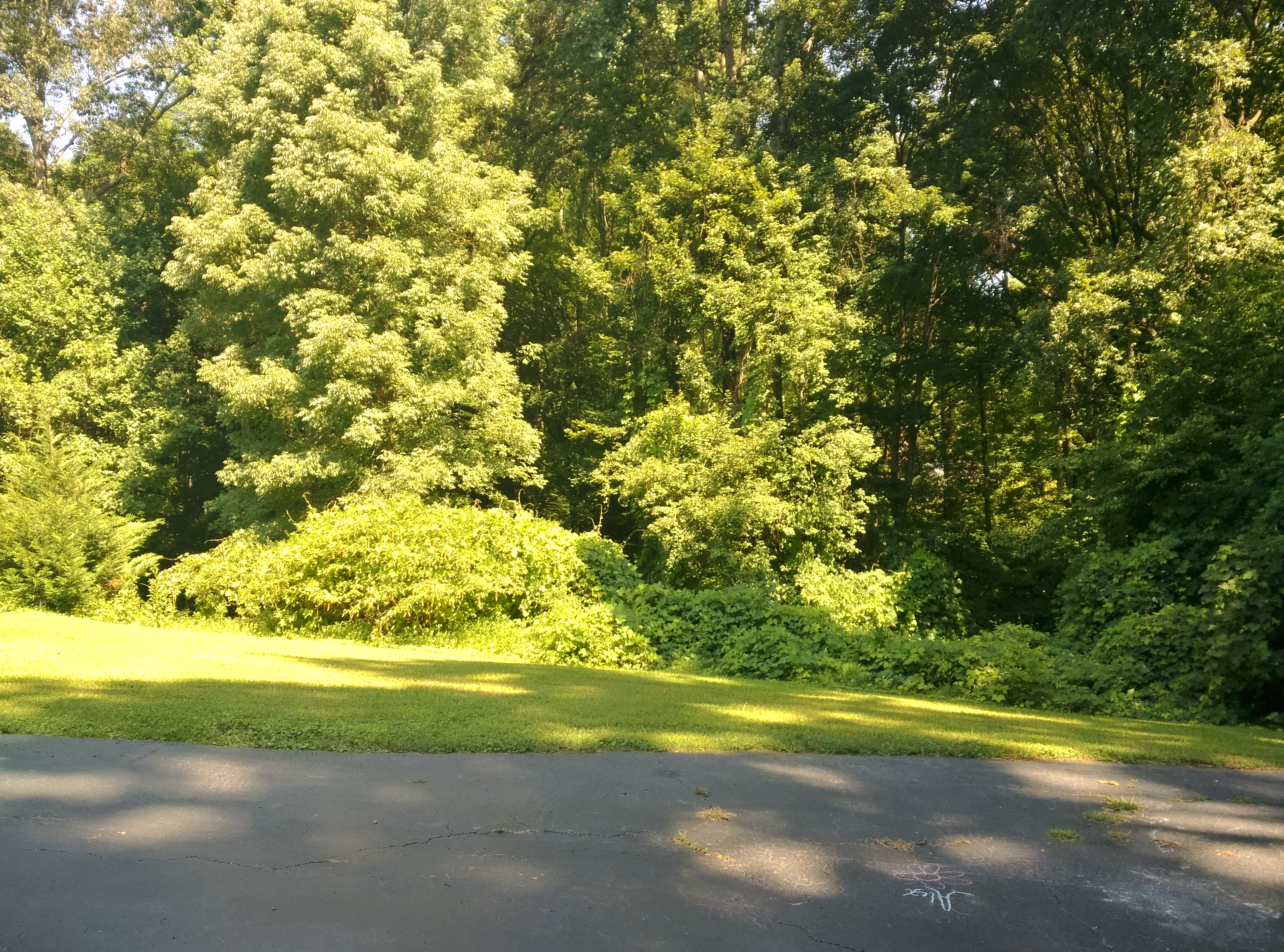 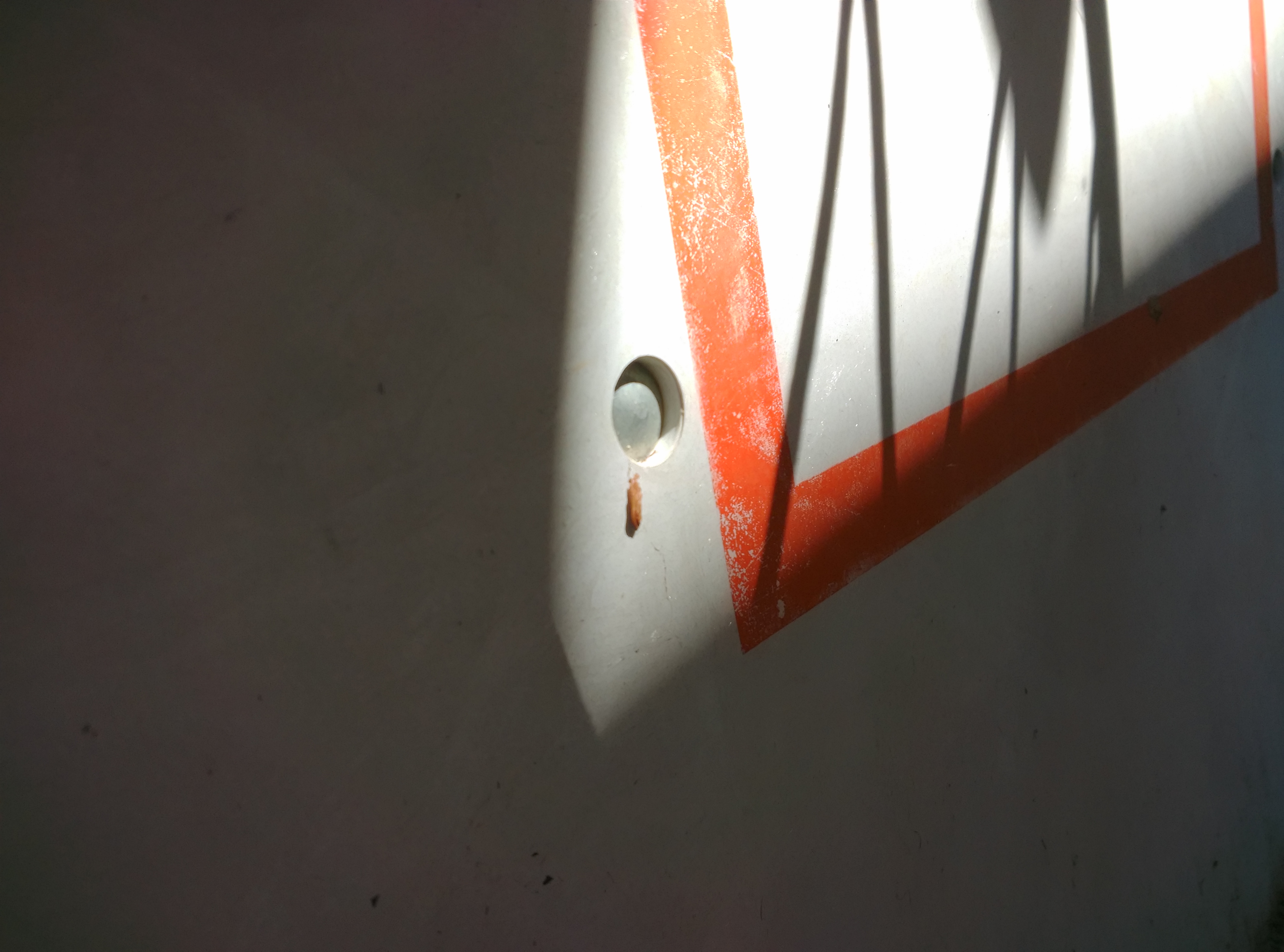 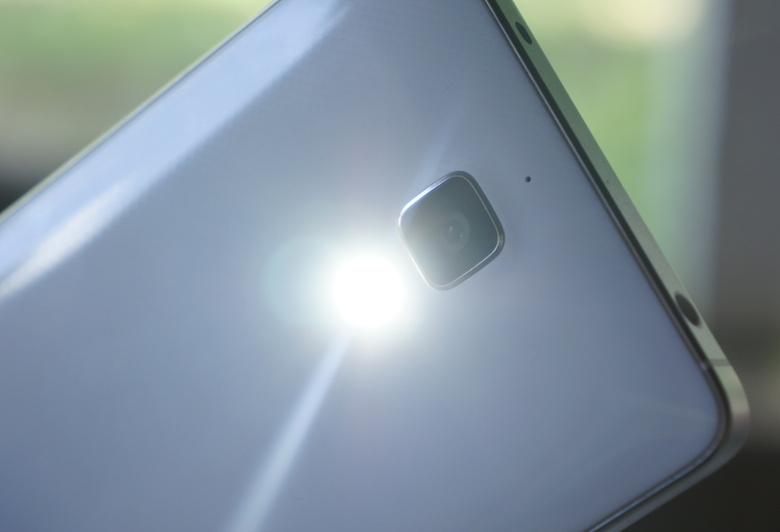 The Mi4 really doesn’t handle low lighting situations well at all. Noise and artifacts litter the pictures, you get a rather soft focus, and colors become very muted. No stabilization is present – hardware or software – and you can expect to be unimpressed by the Mi4’s camera indoors and at night. This shouldn’t come as much of a surprise, though.

Like many smartphones of late, the Mi4 comes with a built-in refocusing feature. Of course, it’s not like the One M8’s Duo Camera setup, meaning you’ll need to plan ahead and hold the camera extra steady when taking a photo to be refocused. In essence, it’s taking multiple pictures and choosing different focus depths each time. The result is actually pretty great and you can export refocused pictures at full resolution. 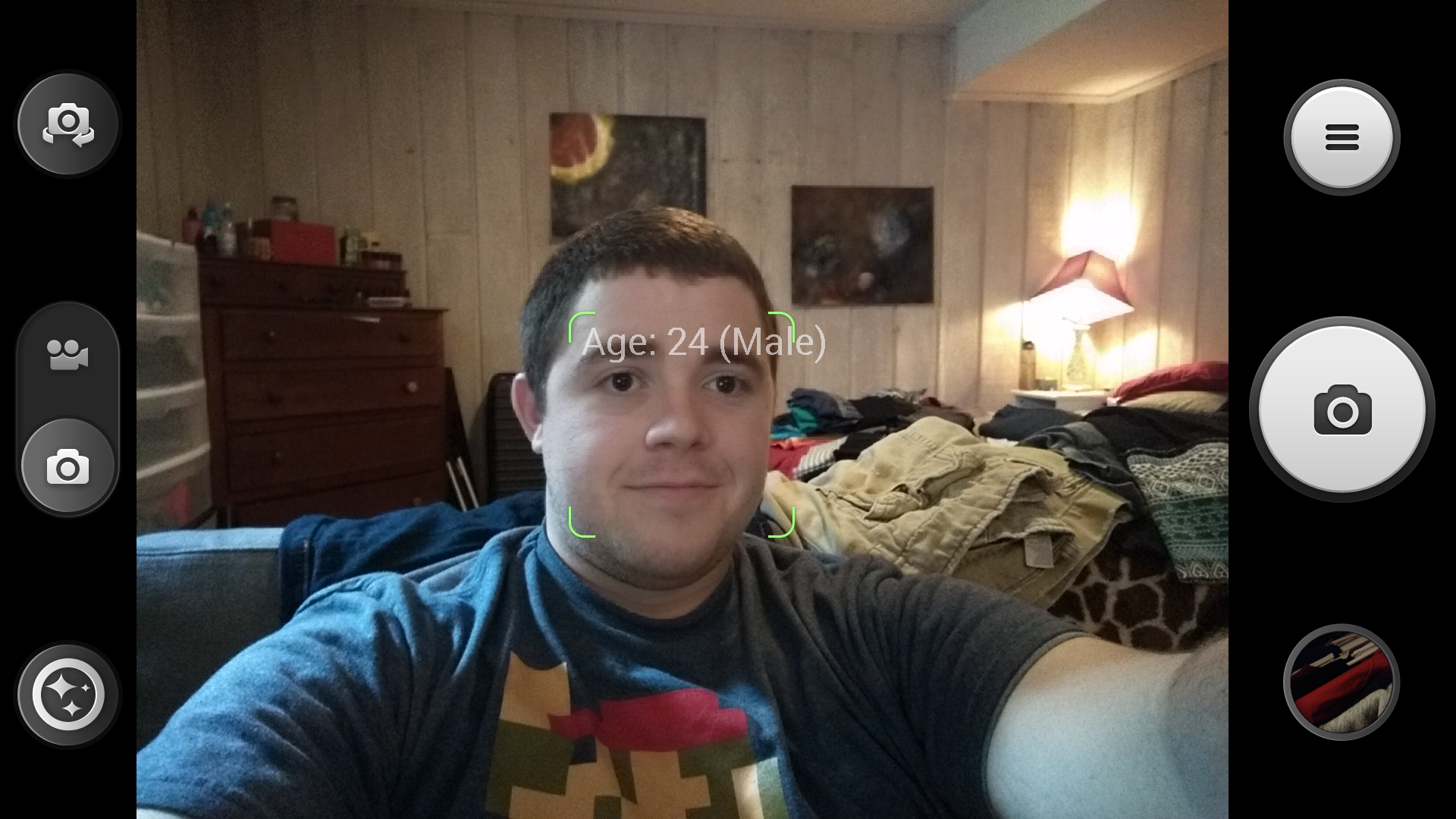 The front camera on the Mi4 is worth noting. It’s 8-megapixels, meaning it’s an even higher resolution than Sony’s so-called selfie phone. Not only that, but it has facial recognition for auto-focus and, for some reason, it can accurately guess the age of the faces in the viewfinder. Different angles made it guess improperly, but it was very quick to lock-on and guess an age relatively close to mine (24).

Anyway, the photos taken with the front camera are some of the best we’ve seen. It’s a relatively wide angle, meaning you can cram a lot of people in a selfie without dislocating your arm, and there’s plenty of resolution to play with in post. However, the front camera isn’t going to compete with 8-megapixel primary cameras on other phones – the sensor is much smaller and the detail suffers from that. But for selfies and video calls, it doesn’t get much better than this. Just … toggle off the beauty effects unless you want to look like a cartoon character.

With the video sample, we have some issues. The video quality looks nice and has much higher contrast than stills taken with the Mi4, but there seems to be some software stabilization that is causing some warping in the video, and the audio, despite talking at a normal volume, was clipping incessantly. There was no cross-winds, but it sounded like we were blowing into the mic. Also, like with stills, it was quick to overexpose, though there is also a video HDR mode. 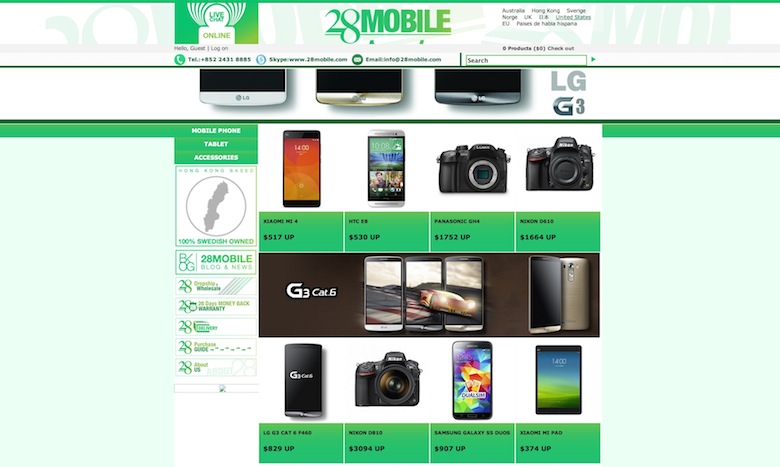 Finally, we want to thank 28mobile for supplying us with this Xiaomi Mi4 for review. Check out their site for a Mi4 of your own or to browse dozens of other electronics to buy!

Samsung’s One UI 4 Beta based on Android 12 is now available for download on the Galaxy S21 series.