The Xiaomi Mi Note announced today is called by the manufacturer “the most epic flagship device of the year”. Check out the details and tell us if you agree

We’ve been waiting for smartphone news from China to happen this week, and phone-maker Xiaomi has just introduced its latest flagship. The Xiaomi Mi Note announced today is, according to the company, “the most epic flagship device of the year”, which might very well be true, as the year is in its infancy (and if you disregard the LG G Flex 2 introduced at the Las Vegas Consumer Electronics Show).

That 5.7-inch screen is a Sharp JDI panel with 1080p resolution and 386PPi. The processor powering everything is the quad-core Qualcomm Snapdragon 801 chip, clocked at 2.5GHz, aided by the Adreno 330 GPU and 3GB of RAM. The Mi Note features what Xiaomi calls “dual 4G standby”, where you can use either a nano or a micro SIM card (pretty much like on the OPPO N3, where the same tray is used for dual-SIM or SIM plus microSD card operation).

The audio features are specifically called out, as the phone features 24-bit/192KHz lossless audio support, so the audiophiles among you will probably appreciate it. Since we’re talking multimedia, the shooter is a 13MP Sony IMX214 sensor with six-element lens and f/2.0. The camera is also optically stabilised, and the scene is lit up by a Philips two-tone flash. Selfies will be snapped with a four-megapixel unit, with large pixels (think HTC UltraPixels).

The front of the phone is protected by 2.5D Gorilla Glass 3, while the back by 3D version of the same material, and, according to Xiaomi, it will be more resistant to scratches and shattering.

You can read more, of course, in the official press release at the source link below.

Update: Xiaomi underlines, several times, the differences between the Mi Note and the iPhone 6 plus. Not only the Mi Note has a larger screen, but it’s also thinner, and the camera, while larger in capacity (and with a thinner form factor), doesn’t protrude from the back like in the Apple phone’s case. 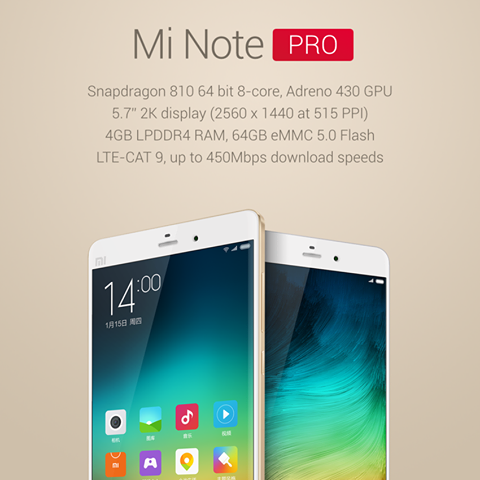 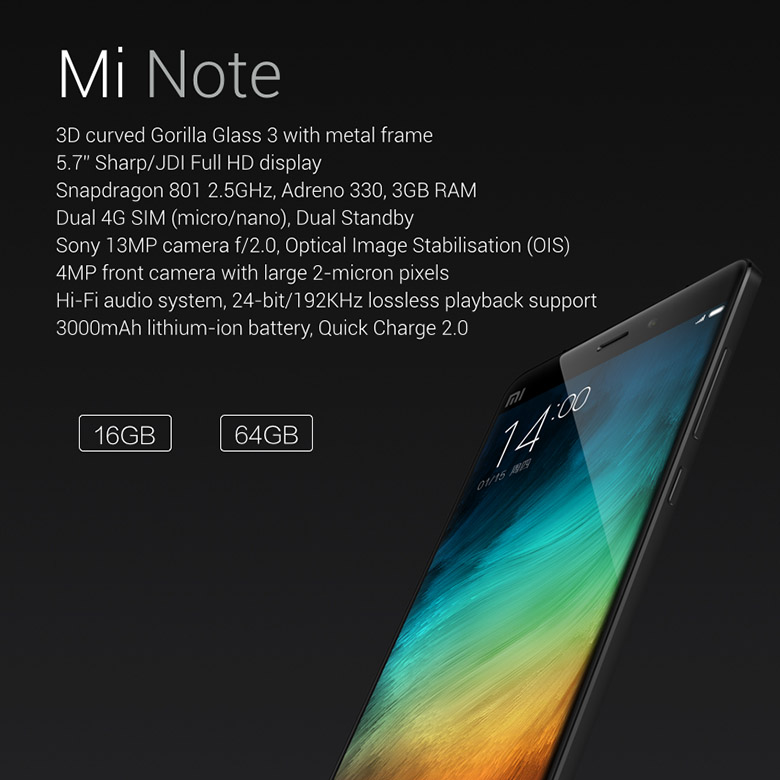 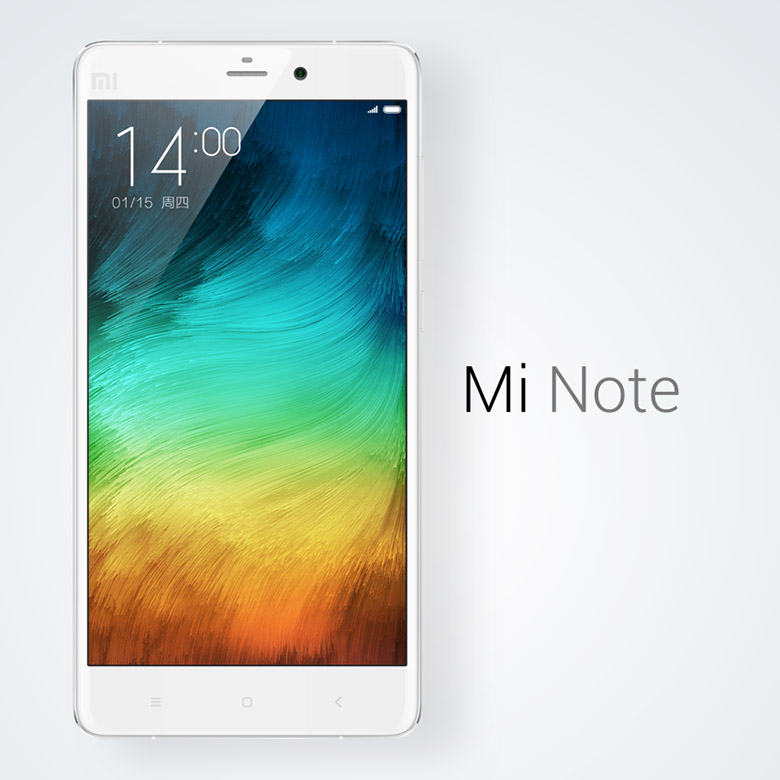