The Chinese smartphone maker has yet to officially call out an event, but there has been a render making the rounds on Weibo.

Weeks-ago leaks on what might be the next frontier in bezeldom may come to fruition next month.

We saw big hints on China’s Weibo social network that Xiaomi has been tossing around a new Mi MIX phone with what appeared to be narrow, uniform bezels. There were some signs that it would also have a retractable camera compartment and would be released in September, but these signals were far from reliable. 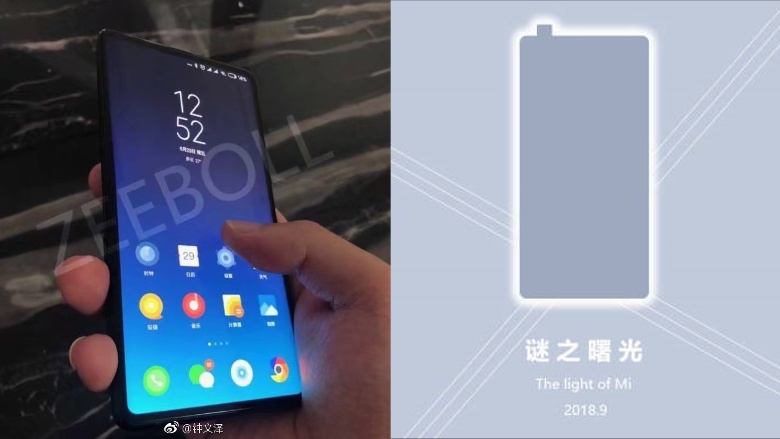 Now we’re seeing a new poster giving us a computer-rendered look at what the Mi MIX 3 might look like from bottom-up… well, up to the mid-point of the body. Text tells us that September 15 will be the day when chins on all-screen phones get “cut off.”

The Xiaomi Mobile Weibo account has yet to post the teaser, but one cynical observer has shopped together a satirical collage of what the phone will be marketed to look like a month prior to launch, then a week, the day of and then what it will actually look like when the consumer has the phone in hand. 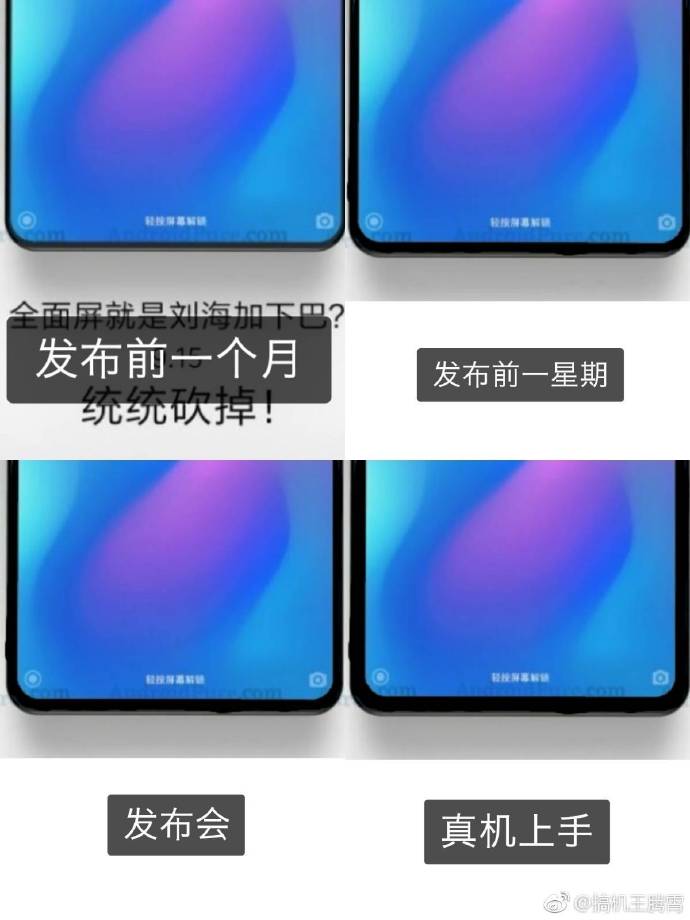