Xiaomi introduced the Mi MIX 3 5G phone at its press event in Barcelona. It will be available starting May on Mi.com, in select Mi Stores, and key retailers. It will likely be available from 5G carriers with who Xiaomi has partnered, like Three, Orange, Sunrise, Telefonica, TIM, Vodafone, and more coming soon.

The phone runs on the Qualcomm Snapdragon 855 chip, has 6GB of RAM, and storage options of 64- and 128GB. It features a 6.39-inch Samsung S-AMOLED display with FHD+ resolution, and is powered by a 3,200mAh battery.

The front-facing cameras on the Xiaomi Mi MIX 3 5G, a 24MP unit with Sony sensor, and a 2MP shooter, are revealed when the phone’s slider mechanism is activated. This is Xiaomi’s way of maximizing screen-to-body ratio, without the need of bezels, notches, or punch-holes.

The main camera on the back is a dual-camera system comprised of two 12MP shooters, one with a Sony, and one with a Samsung sensor. The fingerprint sensor is also located on the back of the phone.

Qualcomm’s Snapdragon X50 modem chip allows network compatibilities from 2G to 5G. It will set you back €599, which is more expensive than the Mi MIX 3 announced in China back in October. However, this version is 5G-enabled, which justifies the extra cost. 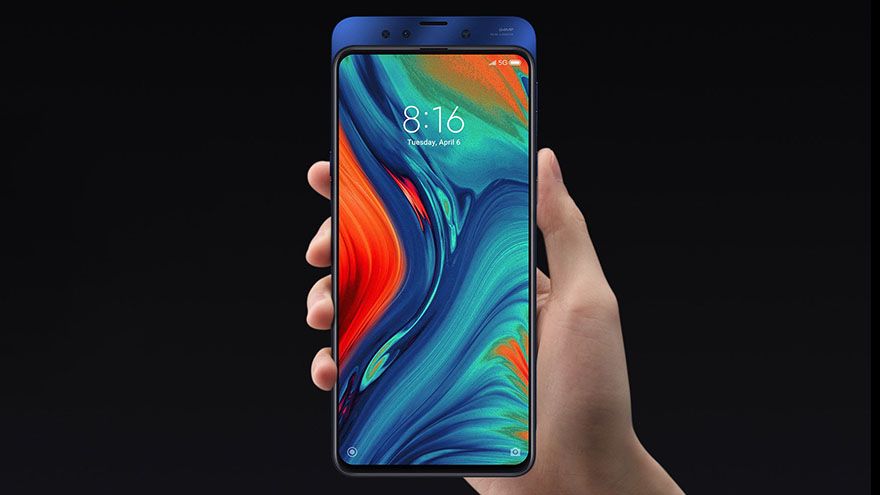 We were impressed by the flagship Mi 9. We went hands-on with the phone earlier this week, and we really liked what we saw. If you missed our coverage, make sure to catch up on it. At the same event, Xiaomi announced that the Mi 9 will be landing in Europe. You’ll pay €449 for the 64GB version and €499 for the 128GB variant. As a reminder, you get a phone with a 6.4-inch AMOLED display, Snapdragon 855 processor, 6GB of RAM, and a 3,300mAh battery.