Xiaomi Mi MIX 2 is courageously slated for September 11 announcement, one day ahead of the iPhone 8

While you wait for the IFA 2017 avalanche of hot new mobile gear to descend on the trade show’s global audience over the next few days, as well as Apple’s even more hotly-anticipated iPhone 8 and Apple Watch Series 3 event likely to take place on September 12, you may want to save another exciting date on the horizon.

Xiaomi just boldly scheduled the formal announcement of the “full screen 2.0” Mi MIX 2 for the day before the strongly rumored fall keynote of the world’s most successful smartphone vendor in terms of profits.

Unfortunately, it’s unclear if that’s because the Chinese company believes it can upstage the iPhone’s X generation or if once again very few people in Xiaomi’s domestic market only will be able to actually buy the nearly bezel-less handset. 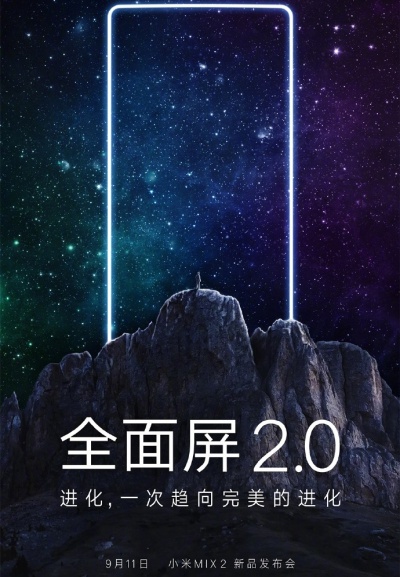 It’s somewhat encouraging that the fast-growing (of late) OEM uses the word “concept” solely in relation to the original Mi MIX in its Weibo update previewing the September 11 shindig.

Also, although there’s no word on an international Xiaomi Mi MIX 2 launch, at least the national event’s venue is decidedly glamorous. We’re talking about the Beijing University of Technology Gymnasium, which is capable of accommodating as many as 7,500 people.

The teaser image accompanying the social media announcement doesn’t tell us much, especially after that “conceptual” video upload to the official Facebook account of designer Philippe Starck.

The aim is to come as close as possible to a 100 percent screen-to-body ratio, and rumored specifications so far include 6GB RAM, Android 7.1.1 software and a Snapdragon 835 processor.