In addition to a humongous battery supporting an equally gigantic screen, the upcoming Xiaomi Mi Max 3 is also expected to have wireless charging and iris recognition going for it.

Both existing and unreleased Xiaomi smartphones are attracting significantly more attention than in previous years, which should come as no surprise given that we’re dealing with 2017’s most improved OEM.

While the Chinese company’s Western expansion intentions remain modest, it’s safe to expect at least a couple of new Mi devices officially launched in select European markets later this year. One of these could be a gargantuan mid-range Xiaomi Mi Max 3, tipped back in December with a “full screen” design and 5,500 mAh battery capacity.

Said colossal battery is today “confirmed” by a rock-solid source who got the chance to inspect the handset’s firmware files way ahead of the Mi Max 3’s formal announcement. We still have no reason to expect a commercial debut before summer, but if all the information revealed today is legit, that might be quite a painful wait.

Previously rumored to sport a display as large as 7 inches, with thin bezels and a 2:1 aspect ratio, the Mi Max 3 only gains confirmation on the latter subject, while exact size and resolution are unknown. 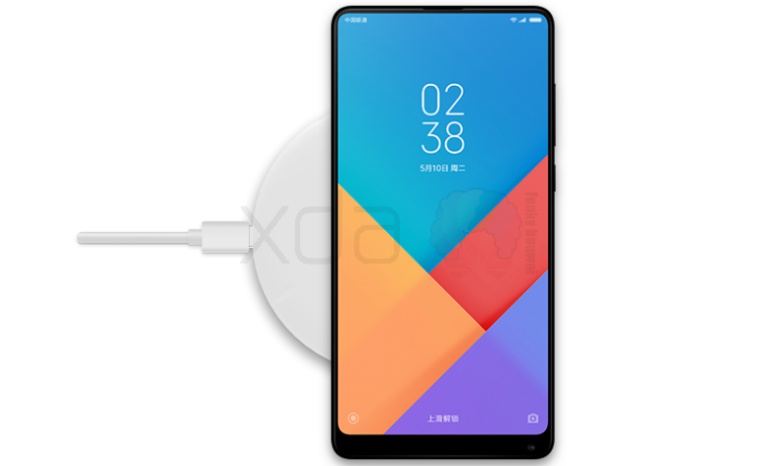 Before you get too excited, there’s a strong likelihood an image depicting an almost zero-bezel Xiaomi phone on a wireless charging stand is used for illustration purposes only. But that still means the Mi Max 3, which probably doesn’t look like that, will almost surely support Qi inductive charging.

Currently, no Xiaomi product can be charged without wires, although the Mi 7 is expected to support the technology first. Another very interesting potential Mi Max 3 feature is iris recognition, with a Snapdragon 660 SoC, dual rear camera, single front shooter and dual SIM capabilities unsurprisingly also in tow. A reasonable price point feels like a safe bet too, which could make this thing a huge box-office hit.

Xiaomi’s latest budget phone, the Mi 10 Lite packs a 48MP rear camera, a capable Qualcomm chip, and adds 5G support to a package that only costs €349.