A pre-release Xiaomi Mi 7 prototype curiously packs an outdated Snapdragon 835 processor over at Geekbench, while the Snapdragon 638-powered Xiaomi ‘valentino’ is completely shrouded in mystery.

Although common sense and recent history appeared to dictate a high-end Xiaomi Mi 7 announcement sometime this spring, the Chinese company unveiled a different flagship phone a little while back.

Many assumed there was a good reason for the Mi 7’s delay, like the possible adoption of a 3D facial recognition method or at least an in-display fingerprint sensor. But a recent visit paid to benchmarking authority Geekbench suggests the handset may not be quite as advanced as previously expected.

It’s still possible the Xiaomi Mi 7 will take the next step in biometric authentication, although its inclusion of an outdated Snapdragon 835 processor is likely to bother a whole lot of Android power users. 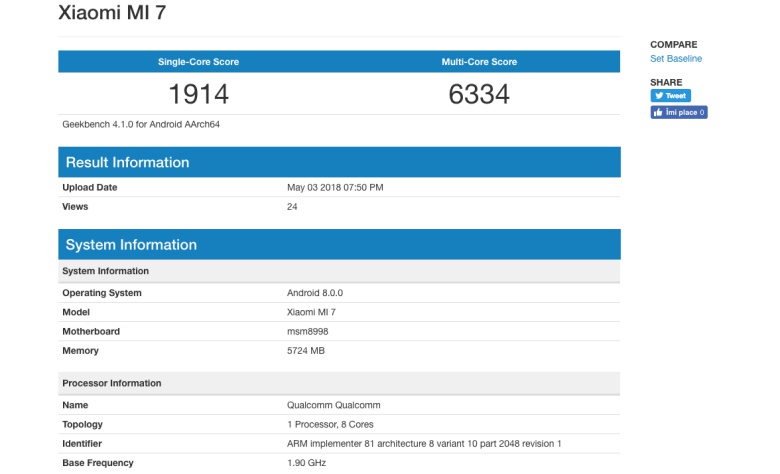 Don’t get us wrong, that’s a reasonably potent SoC today, and it will remain so for the foreseeable future. But it obviously has nothing on the newer Snapdragon 845, which already powers the likes of the Mi MIX 2S, Black Shark, Samsung Galaxy S9 and LG G7 ThinQ, to name only a few.

Of course, no one can guarantee the authenticity of information revealed this way, as various hardware configurations are often tested ahead of a phone’s official release. This one pairs the “msm8998” motherboard, aka the SD835 chipset, with 6GB RAM and Android 8.0 Oreo software, but it may never see daylight like that. 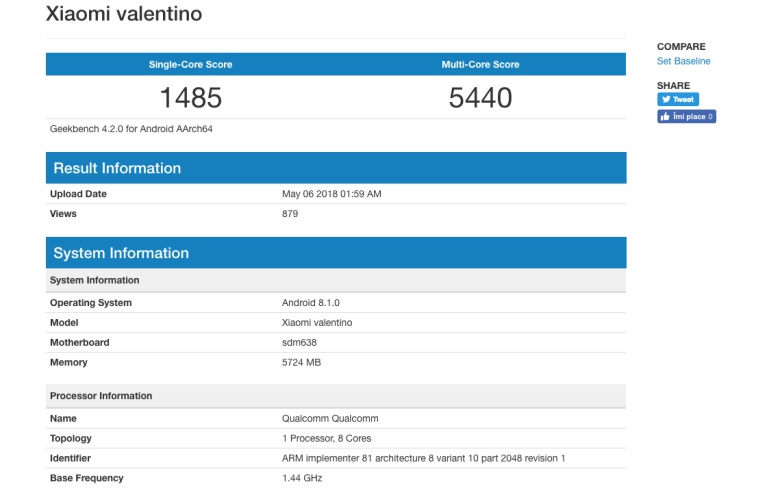 Meanwhile, a cryptic Xiaomi “valentino” was also benchmarked of late, packing a Snapdragon 638 processor and 6GB RAM, with Android 8.1 running on the software side.

We have no idea exactly what this is and what might be its real name, with the unreleased SDM638 sounding like a minor upgrade over the Snapdragon 636 found inside the Redmi Note 5. Interestingly, the performance gap between that Mi 7 prototype and this mystery “valentino” handset seems pretty small.