Unless Xiaomi has to deal with a Galaxy Note 7-level recall this holiday season, which remains unlikely, you have to figure the fast-rising Chinese OEM will unveil at least one more flagship Android phone by the end of the year.

The question is are we looking at a long overdue Mi Note sequel here, possibly dubbed simply Xiaomi Pro, or an incremental upgrade for the early 2016 Mi 5, fittingly named Mi 5s?

The latter is again our best guess, following a purported pre-release visit to benchmarking authority AnTuTu. Still pre-installed with Android 6.0.1 Marshmallow, and still only 1080p-capable, most likely with the same 5.15-inch screen diagonal in tow, the Xiaomi Mi 5s shall apparently swap the previous-gen Qualcomm Snapdragon 820 processor for an 821. 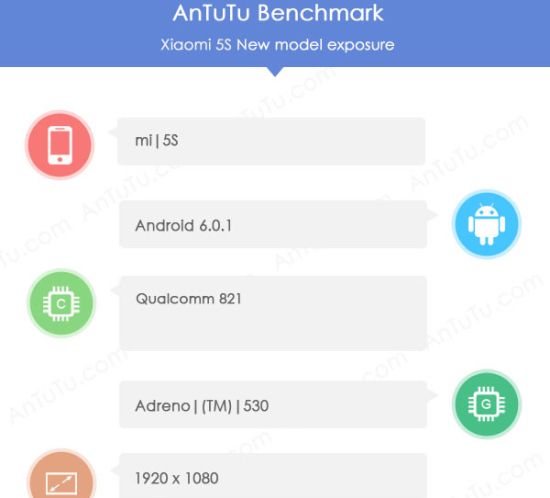 This wouldn’t have seemed such a big deal back in July, when the Snapdragon 821 saw daylight, but since the Note 7 and LG V20 stuck to the old 820 guns, the probable 10 percent extra speed of the Mi 5s is starting to sound pretty exciting.

Even more exciting, we’re hearing renewed whispers of Qualcomm Sense ID ultrasonic fingerprint recognition technology. The biometric scanner wouldn’t just be faster than the one built into the original Mi 5’s home button. It may also be integrated under the glass front of the Xiaomi Mi 5s, reading your finger no matter where you place it on the Full HD display. Cool!

Great news for those iPhone users who currently have iOS 13 on their devices, new information suggests that your device may also support iOS 14