It’s too early to say anything about the real-life speed of the Pinecone SoC, but the Xiaomi Mi 5c sure looks promising, Android 7.1 and all.

Xiaomi might be sitting out this year’s Mobile World Congress in Barcelona, as it regroups after an underwhelming 2016, but over on the smartphone manufacturer’s home turf, a Qualcomm reliance-cutting Pinecone SoC will likely go official as early as next week.

The first Pinecone-powered commercial device is then actually expected out sometime in March, carrying the cryptic “Meri” codename, with a 5.5-inch Full HD display almost surely in tow, as well as other upper mid-range features.

A couple of popular benchmarking databases now reveal and confirm even more about this road-paving phone, apparently set to be called Xiaomi Mi 5c, and its in-house-developed octa-core processor. With a frugal 1.4 GHz Cortex A53 CPU quartet, and a much faster 2.1 GHz A53 arrangement, the chipset comes backed by a respectable 3GB RAM, also including a Mali-T860 GPU. 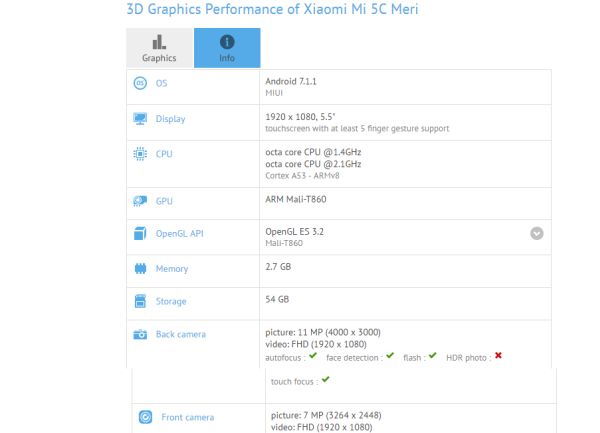 Plenty can be said of the Mi 5c’s somewhat erratic Geekbench performance results, not to mention its sub-par GFXBench scores, but it’s probably premature to compare the so-called Pinecone SoC with any Snapdragon silicon.