Could the Xiaomi Mi 5c be the Yotaphone China has wanted?

No, because the two are different things. One is a weirdo concept that we doubt will come to bear, the other gets more photos of it leaked.

The Yotaphone was a novel innovation in the smartphone field. It had two screens with the latter one being a power-efficient E Ink display fit for reading to your heart’s content and a conventional display up front for all your other needs. The Yotaphone isn’t extinct, but one has been hard to come by in the US, thanks to the Russian government’s unwielding influence. No, we’re not just talking about hacking.

Why bring all this up? Well, maybe it’s China to the rescue with an unattributed teaser showing off what could be be an E Ink display strip on the rear of the phone, right below the camera flash, displaying notifications. And it’s said to be of Xiaomi’s creation. 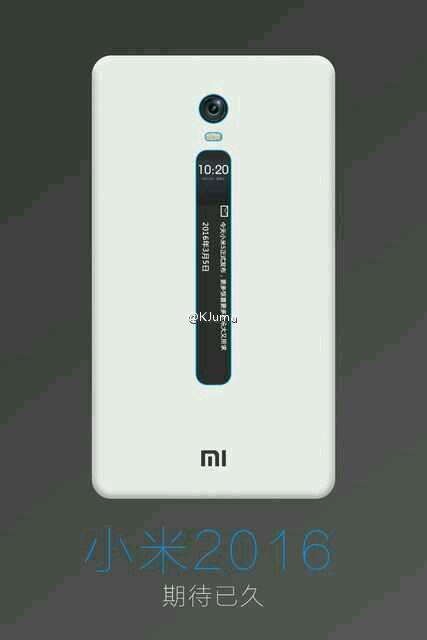 “Much awaited,” reads the text below the phone. Thing is, the date on the notification reads March 5, 2016, so we don’t have anything to hint or any veracity to work with, here.

The Xiaomi Mi 5c, on the other hand, is supposed to be yet another sibling to the Mi 5 that we’ve always really wanted. This phone was guessed in an earlier leak as a potential Mi 6, actually, but the likelihood of that has switched off just a bit.

The product package may include Android Marshmallow with MIUI 8.6 on top of an octa-core processor, potentially from MediaTek, running at 2.2GHz. There’s 64GB of storage on this unit and 3GB of RAM. The same black color shown in the previous leak is in this one, too. Pricing is rumored to range between ¥1,200-1,500 or $180-230.