In terms of specs, expect a total beast. And yes, the 12GB RAM rumors were true. The Black Shark 2 features either 8GB of RAM and 128GB of storage, or 12GB of RAM and 256GB of storage. Both versions feature fast LPDDR4X memory chips which are dual-channel, clocked at 2,133MHz. The phone is powered by the Qualcomm Snapdragon 855 and its graphics rely on the Adreno 640 GPU. In order to keep it cool, the company claims it is utilizing the world’s first “direct touch multilayer liquid cooling system”, which not only covers all heat areas, but keeps the CPU temperature 14 degrees lower. 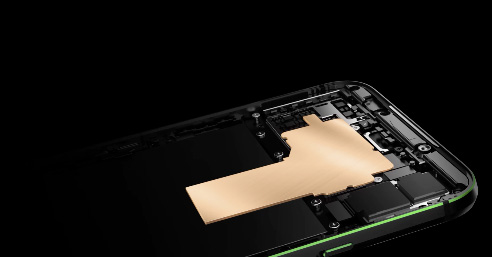 What’s important is the power pack, and the Black Shark 2 features a non-removable 4,000mAh unit with QuickCharge 4.0 support.

Shadow Black and Frozen Silver are the two color options in which the Black Shark 2 is available, starting today, on the Chinese market. Pricing and international availability details have not yet been made public.

We will report in detail about the Black Shark 2 on our YouTube channel, so make sure to check out our videos once they go live.