Microsoft Surface, as announced last week, generated a lot of buzz, dividing people into those who love it and those who, well, don’t like it that much. However, everyone agrees that the company is taking it to the next level and with in-house hardware production they’re taking the right path. Furthermore, there were even rumors of future possible in-house Windows Phone 8 production, but that’s something for the future.

However, I know I would definitely buy the Surface-Phone above and below running Windows Phone 8 (created by Jonas Daehnert). No, it’s not an official render (unfortunately)! There’s Windows Phone 8, as you can see, with the new, resizable, live tiles and the brand new Start icon. The buttons on the front are capacitive and those on the sides, for volume and camera shutter, are hardware.

While it borrows many of its design features from Apple’s smartphone (current or rumored) — like the power button’s shape at the top, the speaker grill at the bottom and the industrial design — it definitely looks very good! Let us know of your thoughts below and make sure to check the source link for larger (as well as more) renders. 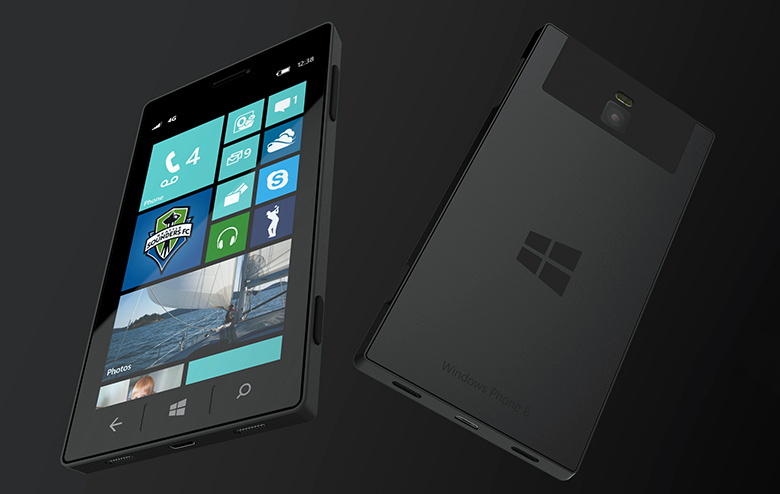