Apple’s Got A Point: Why Wireless Charging Is Kind Of Stupid

Read one argument for why wireless charging isn’t nearly worth the amount of hype it’s been getting.

A couple weeks back, shortly after Apple unveiled the iPhone 5, Apple Senior VP Phil Schiller shed some light on a few of the company’s decisions that affected the feature set we saw on its new smartphone. One of those choices dealt with the rumors we had heard that the iPhone 5 might feature some sort of wireless charging technology. Schiller seemed to think that wireless charging doesn’t really solve any problems, as you still need to plug the charging dock itself into an outlet. You know what? For the most part, he’s right, and wireless charging is over-hyped, of limited use, and just kind of stupid.

Wireless technology is fresh on our minds as of late thanks to Nokia and its new Windows Phone 8 hardware. Sure, wireless charging has existed for ages on various Android models, not to mention the technology’s early appearance on webOS, but Nokia really brought it to the forefront with the Lumia 920 and 820. Maybe that’s due to the stylish look of Nokia’s charger (or the fact that the system looks like it will actually arrive on time, unlike Samsung’s ill-fated Galaxy S III wireless charger) or just the novelty of seeing something like this come to Windows Phone, but for whatever reason, we may quickly be getting to a point where wireless charging is a feature smartphone consumers actively look for when comparing models. 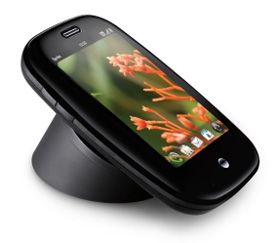 So, why the wireless charging hate? It’s not because Apple is lukewarm towards the tech; this really isn’t a platform-dependent issue at all. When it comes down to it, wireless charging just has very little to actually offer, and has a number of downsides; ultimately, it’s just not useful nor exciting enough to be worth all the attention it’s getting. Let’s take a look at why.

This seemed to be Apple’s main complaint, and it’s a valid one: wireless charging simply moves the wire between your smartphone and the outlet to one between the charging dock and the outlet. That is, it doesn’t cut down on wires at all. Sure, you could charge multiple devices without needing multiple cords all over the place, but that’s just as true for phones that all charge over the same micro USB connector.

Yes, it saves you the second or two that it would take to plug the phone in, rather than just dropping it on the dock, but so what? You’re still taking up an outlet, there’s still a wire hanging behind your desk; it’s just simply not “wireless”. 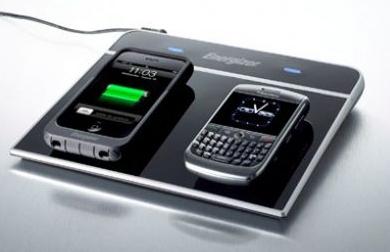 It’s a waste of electricity

Wireless charging, no matter how good it gets, is never going to be as efficient as wired charging. If it could be, we’d be beaming power to newly-constructed houses, rather than stringing up expensive power lines. At a short distance, like we’re talking about with phones, it becomes a whole lot more practical, but it’s still lossy compared to wired charging.

I’m one of those guys who always remembers to unplug a charger when done using it, not just from the phone, but from the outlet, as well. Any time you’re using something without a hard-wired on/off switch connected to its mains power, it’s going to be wasting juice as it sits, waiting for you to use it again. Wireless charging would do nothing to remedy this situation, and threatens to waste even power than traditional chargers in its “off” state. Also, if you’re going to manually unplug the wireless dock from the wall each time you’re done using it, as you’d need to be doing to curb this kind of waste, you’re undoing any possible convenience offered by easy drop-and-charge operation.

There’s a real chip on a lot of people’s shoulders towards any sort of cables, and it’s mostly unwarranted. Sure, you can overdo things, but a limited number of wires, along with tastefully routed cables, is the best way to get data and power to and from our electronics. Smartphones are already really great about keeping down on the clutter and optimizing things; we already get power and data over the same wire, and MHL adds video to the mix.

But what about mobile devices? Surely I wouldn’t recommend Ethernet ports for smartphones, so why not wireless power? If I could charge my phone from anywhere in my house, like I can use WiFi from anywhere, and the process of doing so was as efficient as wired chargers, sure – sign me up. But that’s not how wireless charging works, and since we have to leave our phones in one place as they charge, it makes absolutely no sense to rely on wireless technology to do so; it’s almost like we want to pretend that wireless charging is as big an improvement over wired charging as WiFi is over Ethernet, while instead it only has the window dressings of improvement.

Until wireless charging works over a distance of meters, not centimeters, and becomes incredibly efficient in how it operates, I fail to see what the big deal is. It’s all style, no substance, and even that benefit is limited, at best.