Wireless charging was awesome, so what happened to it?

Wireless charging was one of those really cool things you could do to your phone, but it’s not around a lot anymore. So what gives?

Those of you who are familiar with my work know that I’m a huge proponent of wireless charging, or inductive charging. In the world of mobile it is one of those things that just feels like using the future. It’s so cool, and so convenient, it really perks me up just thinking about it. Just plop your phone down on a pad, or a table and you’re juicing up. The convenience of it is incredible. It’s even easier than reversible connectors like lightning or USB-C connectors because it doesn’t require a second hand. When you have kids, a second hand is not something to be taken for granted, trust me. But wireless charging also hasn’t gained a whole lot of traction in the industry and some have wondered why.

Beyond that, there are a lot of other advantages to wireless charging. Just from a durability standpoint, there is no plugging in or disconnecting cables and all the electrical components are sealed within the phone. There are no cables lying around, falling on the floor, etc. These advantages make it one of the more fun things to do with a phone. So what went wrong? 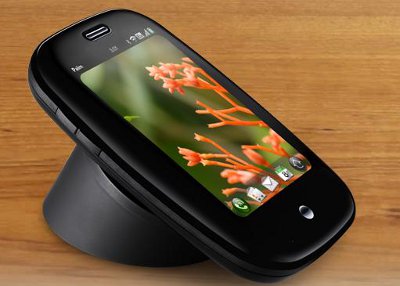 Back in the day, when wireless charging hit the mainstream – at least for me – was in the form of the Palm Pre. The original Pre did not have inductive charging built in – you had to buy a special back for the phone and a special charging station called a Touchstone. These two beauties would set you back about an extra fifty bucks or so, and in 2009, when subsidized phones were still the main way to buy a phone, tacking on an extra 25-50% to the sale price was a big ask.

But Palm got a lot of things right, and a couple of things wrong in that technology. The main thing it did right was including magnets in the charging station and the phone to ensure everything aligned properly. It also began including the charging back in every Pre phone after the original Pre. But, instead of using the admittedly still-emerging tech of Qi or later PMA standards, Palm went with its own proprietary technology. When other forms of inductive charging started to emerge, Palm’s wireless charging wasn’t compatible with Qi and vice-versa.

War of the roses

After Palm fell by the wayside, PMA started to come out of the woodwork. Both Qi and PMA started to gain traction but so much so that they were in a constant fight for supremacy – two standards with no clear winner. It was VHS versus BETA all over again – nightmare inducing. Some phone manufacturers built Qi into their phones, while PMA seemed more focused on getting their tech into the public eye in places like Starbucks. These two standards did a lot to hurt each other until it got to the point where were wasn’t one standard, there were two – and manufacturers simply didn’t get involved by and large. Later though, universal wireless charging chips brought both camps into harmony by supporting multiple wireless charging formats. Samsung, and its millions and millions of new phones all support both Qi and PMA, so the problem is solved, right? Well, not so much.

So close and yet so far

There are still a few downsides to wireless charging that haven’t been adequately addressed. First of all, we haven’t gotten wireless charging hardware – charging plates, stands, etc into peoples’ hands for free. We still require a monetary investment into the tech in order to adopt it. The problem is that people generally don’t want to change, let alone pay for the privilege. Some OEMs and carriers have had deals where you can get a charging plate with a phone, but those deals are by far the exception rather than the rule. And the darn charging plates still cost $50 and up (if coming from the OEM itself).

Plus, wireless charging has a couple of usability issues that need some addressing. Most notably, that once a phone is on the charging plate, it needs to stay there. Using the phone becomes cumbersome at that point. Add to that the fact that an errant arm flip or other minor movement can cause the coils to no longer align, which means your charging phone suddenly isn’t. That becomes a major problem the following morning when you’re about to hop on the train for an hour long commute at 15%.

Finally, OEMs emphasis on quick charging may deal the final death blow to wireless charging. Just when chips and phones are starting to come out, all but eliminating the standards war, now we have to contend with fast chargers. Some phones, like Samsungs, support fast wireless charging, but it’s still slower than the fast charging available via cable. For some, this isn’t a big deal, but for others it’s a deal breaker. Combine that with a required monetary investment, and some less-than-user friendly features, and wireless charging definitely still has an uphill battle ahead of it. It’s not dead yet, but the industry isn’t doing it any favors.