The problem is not wired vs. wireless; it’s battery life

If you’re asking about speeds of wired vs. wireless charging, you’re asking the wrong question. You should be asking when you should charge, not how fast.

There’s an interesting phenomenon that emerges whenever a new wireless charging technological device is discussed. Someone always asks the question, “How fast does it charge?” or “What’s the charge time for wired vs. wireless?” I always find this to be an odd question and one that I have never worried about one iota about in all my time with wireless charging.

This reared its head most recently when the S5 PWRCard came around that allowed the GS5 to charge wirelessly. A slim card slipped in over your battery, bulked out your back plate, probably killed your water resistance, and voila! Wireless charging! Almost right away the question was asked. Always about the speed. But charging isn’t about speed. It’s about ease. 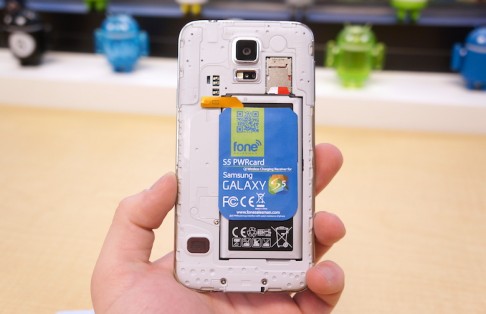 Wireless charging is easier. We all like things to be easy right? When was the last time you had to move a piano and thought to yourself, “Boy I’m really enjoying all this back pain and sweat, but it’s just not heavy enough”? If you have to move a piano, you call all your friends and order a pizza, right? Because it’s easier. So is wireless charging.

Many detractors point to this and say, “Oh….Like it’s soooo haaaard to plug in a plug…my gawwwwwd!” But no one is saying that plugging in a cable is as hard as moving a piano. Maybe a smaller sofa, but definitely not a piano. But dropping a phone onto a plate is easier still. Sure lightning cables and USB 3.1 Type-C and their fancy schmancy reversible plugs will make things easier, but not easier than putting a phone on a table.

Other detractors cry out that it’s not TRUE wireless charging because there’s still a wire that goes from the wall to the plate. Fair enough, and they are welcome to argue that point until we all have hockey-puck-sized nuclear accelerators with wireless coils. But they’d still be missing the point.

I will argue this until my dying breath, so they may as well just stop and let me buy them a beer. 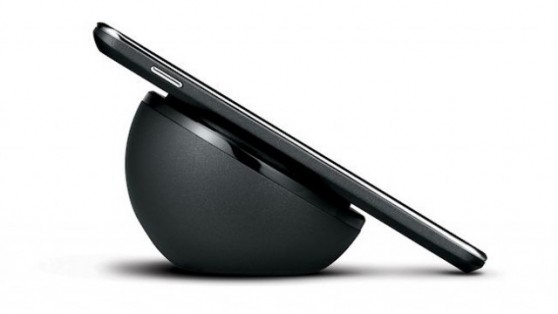 But the reason I have never wondered nor cared about the speed of wireless versus wired charging, is quite simple. I sleep. Granted it’s not as often, nor as long as I’d like to, but I sleep. Generally when I sleep, I sleep for longer than it takes to charge my phone. So it doesn’t really matter if my phone tops off at 2am or 3am. It’s done by 5:45 – yes five forty freakin’ five – when I wake up. So, the problem is solved.

“But wait, wait, wait fatty. What about when you need to charge during the day?” Well, first of all…rude. Second, that’s the problem we need to address today. It’s not battery charge time; it’s battery life-once-charged that should be the concern. Fortunately, just about every phone I’ve used since the Pre Plus has had a battery that can last until I get home under most circumstances. If not, I’ve had a charging dock in the other place where I spend a ton of awake time – my job. See, the thing is, whether I charge at my job, or while I’m sawing logs – which at my last job wasn’t necessarily mutually exclusive – I ain’t going anywhere, so again speed is irrelevant. 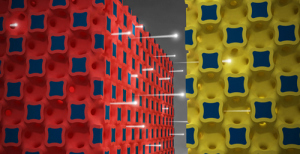 I’m not saying that concern about charging speed is wrong. It’s just misplaced. With just a little nibble of planning, your charging rapidity concerns become moot. Hang it up at the end of the day, wake up in the morning with a full charge and a “top ‘o the mornin’ to ya.” Don’t worry about which end is up, and don’t worry about putting down that late-night cheeseburger in order to plug your phone in (a decidedly two-handed activity). Just enjoy the convenience.

Someday in the future, we will have phones that will charge in seconds, wirelessly or not. We’ll have phones that charge just by walking into a room. We might even have battery tech that actually lasts for days or even weeks. When that all happens, the wireless charging speed concerns will be just as much of a non-issue. Who cares how long it takes to charge if it lasts for days? I know I sure won’t give a hoot.

So here’s my takeaway from all this: Don’t worry about speed. Be happy with how easy it is and be happier that new devices like the Lumias and the G3 are adopting this technology more and more. Pray that a standard is developed and adopted once and for all and that manufacturers run with it. Then the technology will improve and speed concerns will become even less important. But most importantly, don’t let a silly concern like this stop you from loving it. You sleep, you work, you charge.

The LG V60 ThinQ 5G UW will be available soon in the US, and it will work on Verizon’s new 5G Ultra Wide Band Network