Is Windows Phone a threat to iOS?

Windows Phone is often viewed as an underdog, but it may soon become serious contender. Can Windows Phone compete with Android and iOS? Read on to find out!
Published 01 October 2013, 15:26 EDT

Android and iOS, the two most popular and successful mobile operating systems in the world, have dominated the mobile industry for over two years now. Android, specifically, nearly quadrupled its global marketshare between Q1 2010 and the same quarter the following year. And it has more than doubled since, capturing a total of 79.3 percent as of Q2 this year.

Apple’s iOS has also held a significant chunk of market share for the better part of three years, as well. Ever since the second half of 2008, iOS has held between 10 and 20 percent market share, globally.

And since the unfortunate decline of BlackBerry OS, which kick-started in Q1 2010, several companies and their respective mobile operating systems have been in contention for the “third ecosystem” spot, the third major platform alongside the two giants, iOS and Android.

For some time, which OS would fill that slot was up in the air. Sure, some seemed more likely than others; Windows Phone and BlackBerry 10 were always more promising than Sailfish OS, webOS, Tizen, or MeeGo. That’s not to say the others weren’t viable or that we don’t want them to succeed. But with BlackBerry’s and Microsoft’s history, their two platforms always had a significant and obvious advantage. 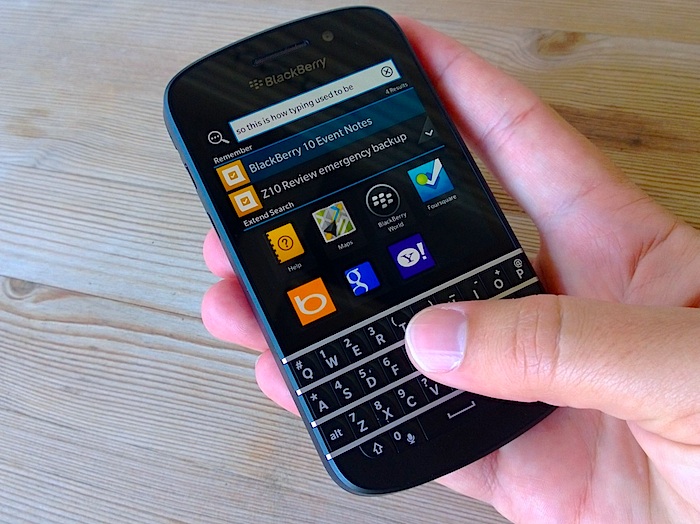 However, BlackBerry OS is now out of the running in the consumer space – as if the writing hadn’t already been on the wall for a few months. And Windows Phone has been gaining traction worldwide for the last year or so.

Between Q2 2012 and Q2 2013, Windows Phone may have only grown from 3.1 to 3.7 percent in global market share, but it has grown in other ways at the same time. Slowly, application support has improved. Major game developers are finally giving the platform a serious look. Windows Phone is now available on impressive and innovative hardware. And in different regions, Windows Phone is giving iOS a run for its money.

In September, BGR reported that Windows Phone is the second largest mobile OS in India, with 5.6 percent market share. In Germany, Windows Phone trails iOS market share by less than one percent. In France, it nearly doubled its market share – from 5.6 Q2 2012 to 10.8 percent the same quarter this year. It’s also encroaching on iOS territory in Spain, the UK, and Italy.

And stories such as these stretch back as far as March this year, when Windows Phone handsets outsold the iPhone in Argentina, India, Poland, Russia, South Africa and Ukraine in the fourth quarter of last year.

As bizarre as it may sound, we have to begin wondering if and when Windows Phone will actually pose a threat to iOS. Globally, it could be a while. Windows Phone is gaining traction in major markets much more slowly. But these things tend to grow organically … and often exponentially.

Look at Android, for instance. In 2009 and 2010, analysts (I know, pfft … analysts), predicted it would take years for Android to overtake iOS and Symbian. Gartner predicted Android would be second in global market share by 2012. But it happened much more quickly than that.

There’s little reason to believe Windows Phone can’t do the same … or something similar. I explained yesterday that Windows Phone is cheaper than iOS and Android in several different categories. Performance is smooth and polished. And Nokia’s innovation has helped turn the platform into something … desirable.

The major difference this time around is that Android isn’t stagnant. When Android was on its rise, Symbian was a stale bag-o-chips. But Android is still growing, maturing, and dominating the market with no signs of slowing down any time soon.

We could very well see a similar success story from Microsoft. Windows Phone doesn’t have to dominate the market to become a success. The fact that we’re even writing about how it will contend Android and iOS with a fair amount of certainty is a success in itself. This time last year, we weren’t even sure it could outgun BlackBerry OS. 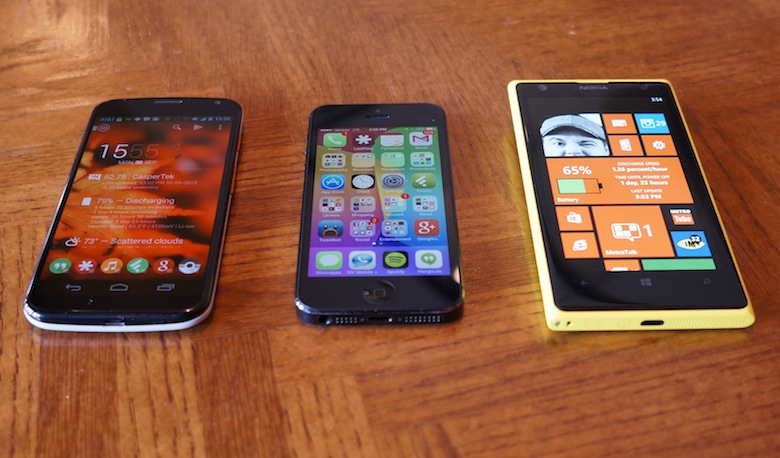 Currently, the market is heavily skewed in Android’s favor. A third ecosystem, Windows Phone, will help create a more balanced market and more balanced competition. For Apple, that means its arrogance and lax/conservative approach to software updates could be over.

Apple has rested on the handful of stigmas surrounding Android – performance issues, fragmentation, etc. – as a selling point for its own platform. But Android’s problems are being resolved in rapid succession, and Windows Phone is an increasingly viable alternative … to both platforms.

We can’t predict how quickly Windows Phone will rise and compete on the same level as iOS and Android on a global scale with double-digit market share. But if smaller regions and recent micro trends in Windows Phone performance and mind share are to be considered, it could be sooner than we expected.

Either way, it’s great news on every front. More competition means better products and services for all.