Windows Phone 8.1 brings a ton of new features to the Microsoft smartphone experience – but it strips out quite a few as well. Find out what’s missing.
Published 15 April 2014, 15:01 EDT

While most other platform developers, especially underdogs, might want to build upon their strengths while also strengthening their weaknesses, sometimes some good strengths get totally thrown out for no apparent reason.  We’ve written about Microsoft’s tendency to remove features from their mobile operating system quite frequently. It seems to happen with every new significant upgrade and Windows Phone 8.1 is no exception.

Remember when the Office hub lost the ability to edit files older than the 2007 format?  How about that ability to automatically sync music, videos, and pictures to your PC over WiFi when your phone is on the charger? Windows Phone used to have the ability to sync video pause timecodes with the Zune desktop software so you could pause a video on one device and then pick it up again at the same spot on another device.  Most of those features are long gone from Windows Phone even though they were quite useful.

Now, don’t get me wrong, there are a lot of awesome new features to play with in Windows Phone 8.1 (and you can see them all in our full Windows Phone 8.1 review) but as I mentioned on the Hangout the other day, I’ve been a little hung up on what’s been removed.  Perhaps I’ll write about all the new stuff that may make me forget about what’s been removed at a later time, but for now let’s talk about the things that are missing. 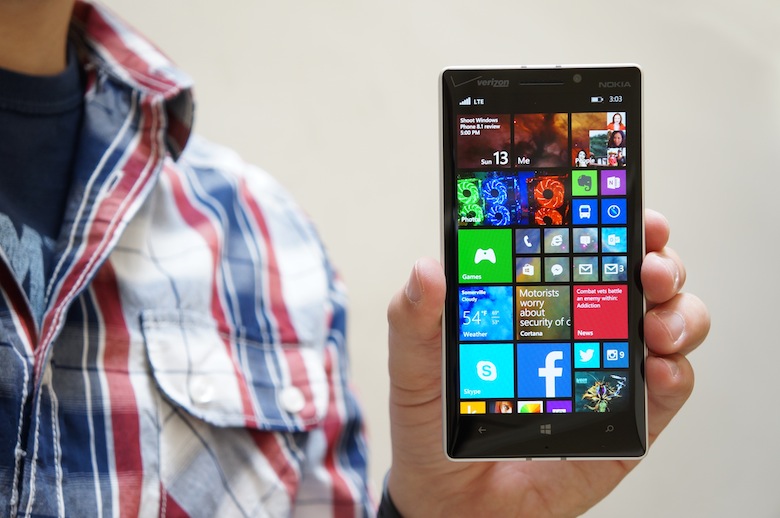 One of my favorite features in Windows Phone 7.x-8 was the ability to hear incoming Facebook Messenger and Windows Live Messenger messages read aloud while driving, bicycling, jogging, motorcycle riding, or just doing something on the other side of the room.  With the speech interface, I could reply to these messages too and carry on a completely hands-free and eyes-free text-based conversation.  No other smartphone operating system is capable of this and now  that extremely useful capability is gone from Windows Phone 8.1. 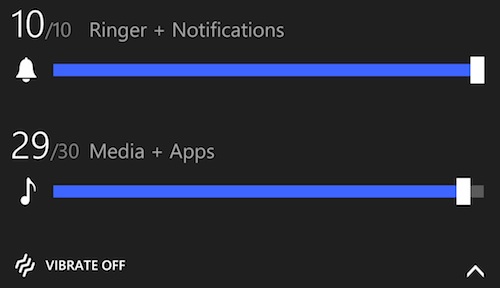 Previous versions of Windows Phone only had one volume control.  That made perfect sense because phones usually only have hardware buttons for the volume level to go up and down.  If you wanted your phone to be silent, all you had to do was hold the volume down button for a couple seconds and it would go into silent mode.  You knew for a fact that no sound would be coming out of that phone during your meetings.

With Windows Phone 8.1, silent mode is no longer silent.  It actually behaves just as badly as Android now.  You can still hold down that volume down key until it LOOKS like it’s in silent mode, but as soon as you launch a game, those sound effects will be going off and everybody’s going to know that you’re bored right now because you didn’t really put your phone into silent mode.

For some reason, people were clamoring for this completely convoluted and totally unnecessary feature where different aspects of the phone behave differently with their audio controls. Actually, the old Windows Mobile from 10 years ago had separate volume controls for two different aspects, but you know how they solved the silent mode problem?  Holding down the volume key made both volume sliders silent! Brilliant!  Hopefully Windows Phone 8.1 can at least add that back before release.

In Windows Phone 8.1, Cortana replaces the Bing app that showed up when you pressed the search button. Most of the functions that were available in the old Bing app have made it over into Cortana, but a few are gone.  Local Deals is one of those features.  No longer does Windows Phone have an integrated listing of Yelp, LivingSocial, and all sorts of other special discount deals that you could search for based on your location.  They’re no longer available in the Windows Phone 8.1 Wallet app either.

This would seem to be part of a philosophical shift on Microsoft’s part: according to the company, this change was made so the Windows Phone group could “focus on bringing a different set of experiences” to the platform.

Seriously?  There’s no way to find new music in Windows Phone 8.1 now?  That’s right, the Music hub is gone, Music is no longer listed in the Store, and the store’s search option doesn’t find music anymore.  Instead, you have to go to the new Xbox Music app and well, that’s missing a whole slew of other features too.  The worst is naturally the “new albums” listing.  Instead you only get “Top Music”, “Featured Music” and genres.  Sometimes “Featured Music” lists new albums, but not everything and certainly not the new music in a specific genre that you might be interested in.

Thankfully, Microsoft has informed us that it will bring this particular Live Tile back in the future. Unfortunately, the Hub itself won’t be making a return –Microsoft split up the various audio apps to make them easier to update without the requirement of a full system upgrade– but at least the Live Tile will (eventually) come back.

In Windows Phone 8 you had some nice little areas where the phone integrated with Xbox Smartglass.  For example, in the Games hub you could see a little tile that showed what was playing on your Xbox.  The same was showing in the Music+Videos hub.  In Windows Phone 8.1, that integration is gone, but you can still use the Xbox Smartglass apps to interact with your Xbox.

Most of the hubs have gone away, and the Photos + Videos Hub is one of the ones I’ll miss a lot.  It used to have this gorgeous background image that was taken randomly from your favorite photos and changed itself periodically.  Every time you opened the Photos Hub, it was new and fresh and gorgeous.  There were even new pictures from your friends on one of the panels labeled “What’s new”.  It used to consolidate access to all of your photo related apps as well and merged your Facebook, SkyDrive (OneDrive) and local photo albums into one easy-access spot.  None of that awesomeness is there anymore.

In Windows Phone 8.1, the Photos app still has the cool live tile that scrolls through your pictures on the start screen (thank goodness), but instead of the gorgeous hub design of old, you get a simple grid of photo thumbnails with different organizational categories at the top.

Local Scout For You

The Local Scout’s recommended “for you” feature is gone.  This was a fun panel in the Local Scout app that listed locations nearby that were related to personally.  For example, if one of your friends “liked” a location on Facebook, you could see that info and instantly know that someone you know has been there and enjoyed it enough to like it on Facebook.  You could also see what was popular in general.

Microsoft says it’s still planning to bring some of Local Scout’s feature set, but now through the lens of Cortana, which “provides a great local discovery experience that is much more personalized. We’re focusing on driving the personalized recommendations engine through the Cortana experience.”

In Windows Phone 8, there was a cool feature where you could see related content that might be pulled from twitter or other external sources.  It was often labeled as the “Buzz” panel.  When you were browsing a music artist, you could switch to the Buzz panel and find some fun related content like music videos.  That’s gone now in Windows Phone 8.1, however sometimes you’ll find the Buzz panel in certain location cards still where it might list some reviews.

What will you miss the most? 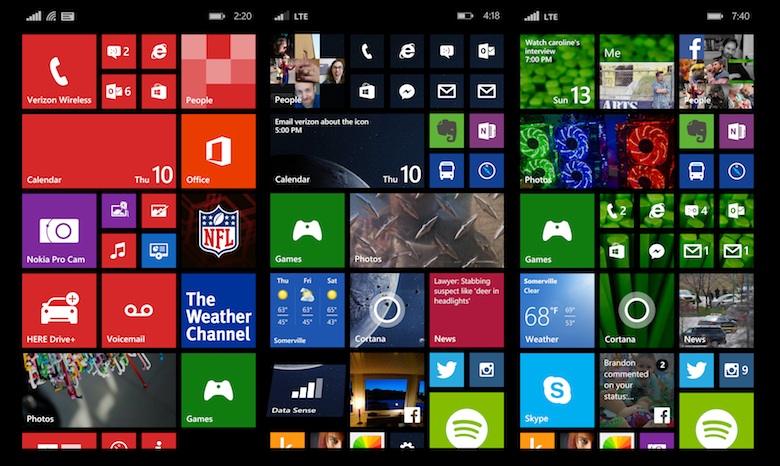 For those of you have have installed the Windows Phone 8.1 Developer Preview, is there anything else you’re missing that has been removed from Windows Phone 8?  What’s the most painful omission for you so far?  (And if you’re not set to the U.S.A. region and you’ve got the Developer Preview installed, you’ve probably got a much longer list of missing features!)  Feel free to share in the comments below.

Wondering whether Windows Phone 8.1 deserves a place in your pocket after all these functionality cuts? Not sure what to make of Cortana even after our in-depth feature on her? Hop over to our full Windows Phone 8.1 review for our take on Microsoft’s latest smartphone OS, and tune in later on for more insights on this week’s Pocketnow Weekly podcast!

The main attraction, however, is the squarish camera module that houses two lenses and an LED flash, a design we are yet to see on a Realme phone so far.
YouTube 1.8M
Facebook 570K
Twitter 197K
Instagram 133K
RSS