More Windows Phone 8.1 leaks surface today alongside GDR3 rumors and some more. Check out this leak and rumor galore!

GDR3, the update to arrive after GDR2, as well as Windows Phone 8.1, have been subject to a lot of rumors, leaks, and speculation, over the past couple of weeks. Today we’re getting Windows Phone 8.1 leaks, new information, from a Twitter leakster that claims knowledge of things to come. The image above claims to depict the upcoming status bar of Windows Phone, with slightly rearranged icons, as well as the addition of new ones.

There will be two sets of icons, grouped, depending on whether they’re connectivity or system-related. Two things worth noting here: the roaming icon will apparently be part of the signal strength indicator, and the asterisk, which we’ve already seen in the recent past, is present whenever there’s a notification. A bonus, third thing to note, is that the battery percentage display, rumored to be there, is not present in the representation above.

Same person claims that Nokia’s Glance Screen (which shows information on the screen while the device sleeps), alongside Nokia’s Pro Camera application (launched on the Lumia 1020, available for other Lumia phones today), will be both available for other, non-Nokia/Microsoft Windows Phones in the future.

The rumored voice assistant, dubbed Cortana, might land as soon as GDR3 — and Nokia’s Bittersweet shimmer package — though the leakster claims you shouldn’t be very happy when it goes public in October.

Last, but not least, there’s an alleged screenshot taken from a Samsung device running Windows Phone 8.1. 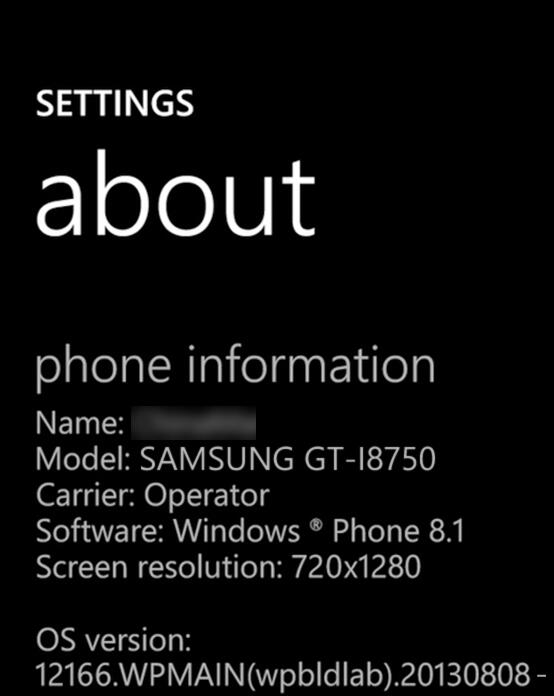