The old Windows Phone 3D Touch Mixview rumor is back, this time with some visual evidence.
Published 27 March 2015, 20:43 EDT

We’ve been hearing about 3D Touch on Lumia phones going back to the fall of 2013, first described as an in-air gesture control system under the codename Goldfinger. Later we heard it would arrive on the phone codenamed McLaren, but that device never saw the light of day. Reports talked about the way 3D Touch would cause a Live Tile to expand, a feature known as Mixview, popping-out other bits of relevant content. We heard comparisons drawn to certain aspects of the UI in Microsoft’s Zune software, but no one had seen it in action. It still remains to be seen if anything will come of Mixview and 3D Touch – sources sure suggest it could end up debuting with Windows 10 – but whether or not that comes to pass, we’re finally getting to check out how it would have looked, with the arrival of some new leaks.

The image above is reportedly from some older Microsoft documentation, but this is the first time we’ve seen it emerge publicly. The depiction aligns nicely with how we’ve heard the feature described, and is very similar to that Zune effect.

Below, we have another pic showing Mixview in action, and here with actual Live Tile content. Again, there are no assurances this will ever see the light of day, but if you’re at least curious about what might have been, these images represent our best look to date. 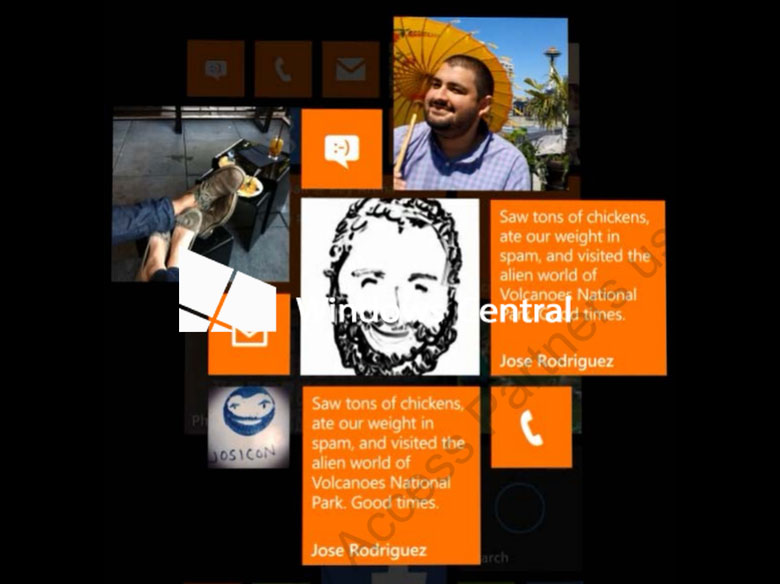 On today’s Pocketnow Daily, we talk about the new leaks of the Google Pixel 5 and Pixel 4a, more RAM in the next iPhone lineup and more