Windows 8 does a lot right, even if its execution was poor

Windows 8 dropped a bomb on the computing world and caused panic and mayhem despite accomplishing its goal of being a very good mobile operating system.

And they’re not crazy for it. Boy, I’ll tell you in my days as a technical supporter there were very few days more stressful than those leading up to Windows 8’s official release. How the H-E-double hockey sticks are we going to support this thing? It’s just so glaringly different, people are going to freak. And they did. A lot. Microsoft basically spent the previous 20 years teaching 90% of the computer using world how to use a computer, and then said “Ok, now forget all of that.” 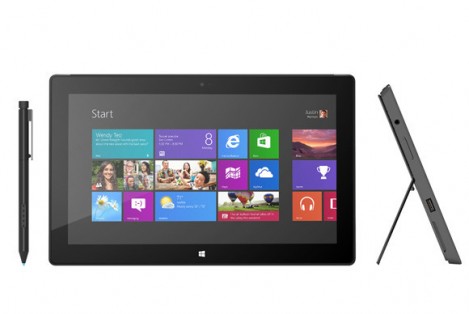 “But why are you writing about this on Pocketnow, you Noob???” Well because Windows 8 is Microsoft’s attempt at bringing Windows into the mobile space. They’re doing a good job of it. There is a lot in Windows 8 that is optimized for mobile. The operating system itself is very close to being a very good mobile operating system…emphasis on mobile.

Thanks to my Pocketnow brethren, I’ve been using an original Surface RT for a few weeks now. Indeed all of my articles from the past two weeks were written on the Surface. It has a touch cover which is ok in responsiveness (thank God the second-gen version has 1,000 sensors – it needs them). Overall it’s a decent tablet with no apps – why does that sound so familiar?

I won’t be buying one for myself. I already have a tablet that works great and has no app support (*cough* *cough* Touchpad *cough*). But overall, the build quality is great, the touch cover makes it possible to do work, and I can carry it around without the stigma (read: dorkiness) of carrying around a laptop without a bag. But on to the operating system itself which is why we’re all here.

Mobile is where it’s at

Windows 8 is a nice accomplishment it and of itself. Aside from altering the established paradigm of every computer in the world, it manages to make the mobile experience pretty nice – much nicer than the old “Windows” formula of its predecessors. Mobile computing is an environment in which every bit of space should be utilized properly, and Windows 8 does this on its home screen, multitasking, and the few apps that are actually available.

The problem with it is it freaked people out. And rightly so. Microsoft changed everything. They hid away all the features that people used most frequently and tried to force users to do things in a certain way. I mean, how do you get rid of the Start button? What were Microsoft execs thinking? Don’t even tell me about the half-baked attempt at bringing it back in Windows 8.1. That just makes things more confusing since now people have the button, but it doesn’t do what they want it to. But moving past the freakouts and initial resistance, Windows 8 is a step forward in mobile computing.

The snap feature in Windows 8, while a bit limited, is a refreshing take on the traditional window-based multitasking of PC operating systems. Samsung’s multi-window is basically the same thing. Even though maxing out the multitasking at two apps is extremely limiting, I find it to be a very nice implementation all the same. Personally, I would prefer the flexibility of more windows/panes such as in the now-defunct webOS app “Glimpse”, but for what it’s trying to do, Windows 8 isn’t bad.

I only wish Microsoft had released it as a mobile-only operating system before forcing it onto every PC shipped for the past 13 months. That really has been Microsoft’s main issue with Windows 8 adoption. People are resisting because it changes too much, too fast. Had Microsoft released it as a tablet OS only, on the Surface (including the Pro version) and the Dells, Lenovos, and other Windows 8 tablets on the market, it could have prepared its customers with a more gradual shift from what they’re used to to what is on the way. Instead they dropped a bomb on the computer using world and, well, bedlam. 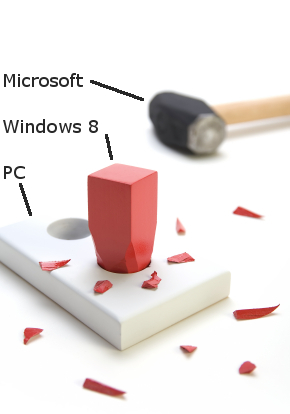 It’s this sink-or-swim mentality that has undercut much of what Microsoft is trying to accomplish. Not only are people freaking out about Windows 8, but it could be having a bleed-through effect causing people to avoid Windows Phone as well. There are no numbers to back this up, mind you, but it’s no secret that if a band’s first album is junk, chances are they’re not going platinum on their followup. And you can pretty much forget about the reunion tour in ten years.

Overall though, I like Windows 8. It’s pretty slick, but it takes a ton of getting used to, even by a tech support guru such as myself. Overall, Microsoft changed too much way too fast and tried to fit a mobile operating system (round peg) onto a desktop platform (square hole) instead of letting things slide into place all natural like. Will it hurt them in the long run? Probably not. After all, Microsoft is in a pretty strong position in the PC space and will continue to be for a long, long time. Plus, Windows 8 advances their mobile ambitions. But the PR surrounding it is a headache I’m glad I don’t have to manage.