Learn more about Microsoft Excel for Mobile running on a future build for Winodws 10 that should arrive on our devices sooner rather than later.
Published 07 May 2015, 17:01 EDT

Microsoft may not be as popular for its Windows 10 for phones preview as it is for its desktop sibling, but we do see the company hard at work in improving what’s to come. We’ve seen some good leaks of how cool the UI will become in a more mature build, and we’ve also come across other leaks that show us what we should expect in the next update. We’re not sure if Microsoft is going to be able to launch something this week given it’s already Thursday, but these leaks just got awesome.

One of Microsoft’s crown jewels is Microsoft Office, and more specifically Excel. The company has promised universal version of Office to reach Windows 10 for phones, and the leaks of the build that’s coming next show us the mobile version of Office ready for testing. At the time we only heard of Word and PowerPoint making the cut, but today we land screenshots of how Excel will look on phones as well. The image shows complex Excel features like validation filters, well-placed graphs and other enhancements that are currently available on other mobile platforms. 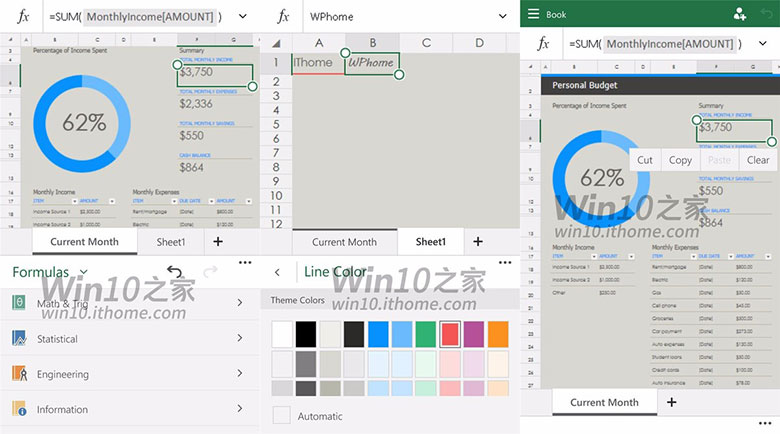 We should learn more about this new build of Windows Phone before this week ends, if Microsoft makes the rumored schedule that is.