What! Free hardware!? That’s something worth putting in an interrobang for. Specifically, Microsoft Insiders who were involved with Windows 10 Mobile were recently given surveys that let slip hints and nudges towards a hardware testing initiative. As the Lumia 950 and 950 XL are officially out for sales as well as the Display Docks, it seems that other shoe’s dropped.

A Redditor has relayed a letter from Microsoft that he’s eligible to get either a Lumia 950 or 950XL, a Display Dock and an Actiontec wireless adapter. 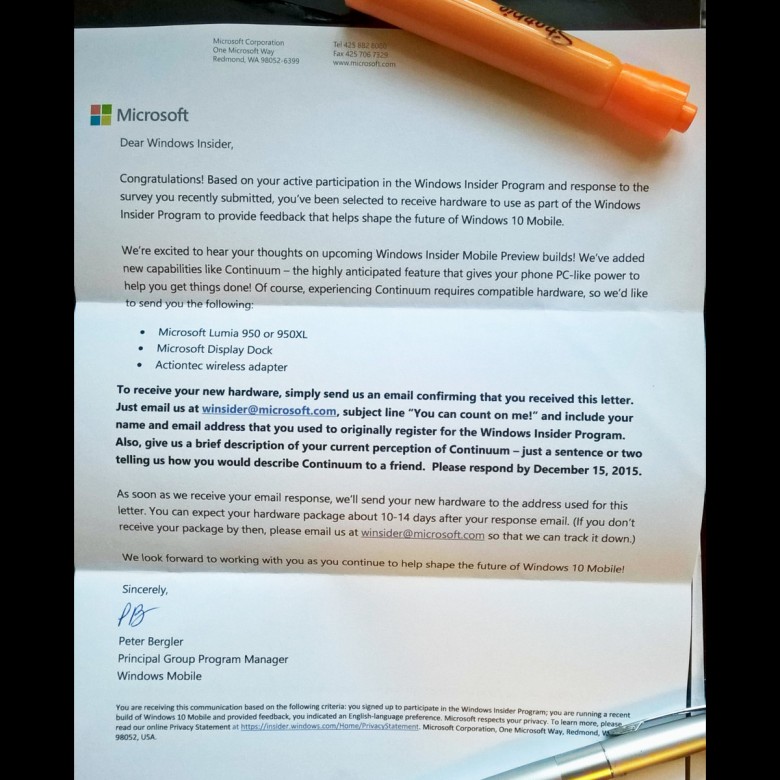 As evidenced by the hardware package and a couple prominent mentions in the letter, Continuum is going to be a major focus for the time being.

This is the only Insider we’ve heard from — so far, at least — that received this offer.