Microsoft patents another Windows 10 foldable device, with an exoskeletal hinge

A patent application has been uncovered, filed by Microsoft in 2017, and it describes a Windows 10 foldable device with an interesting exoskeletal hinge.
Published 28 June 2019, 18:00 EDT

This week we’ve heard reports of a possible foldable Surface tablet Microsoft might be working on for 2020, but a patent application has been uncovered describing a different Microsoft foldable device. The application refers to a Windows 10 foldable, and the illustrations, as well as the patent, seems to be focusing mostly on the hinge, which resembles the one on the Surface Book.

Microsoft is confident that, by employing this particular hinge mechanism, it will “solve a technical problem of maintaining the flexible display in a neutral environment throughout the range of rotation of the first and second portions“. You can find the patent application at the source link below. 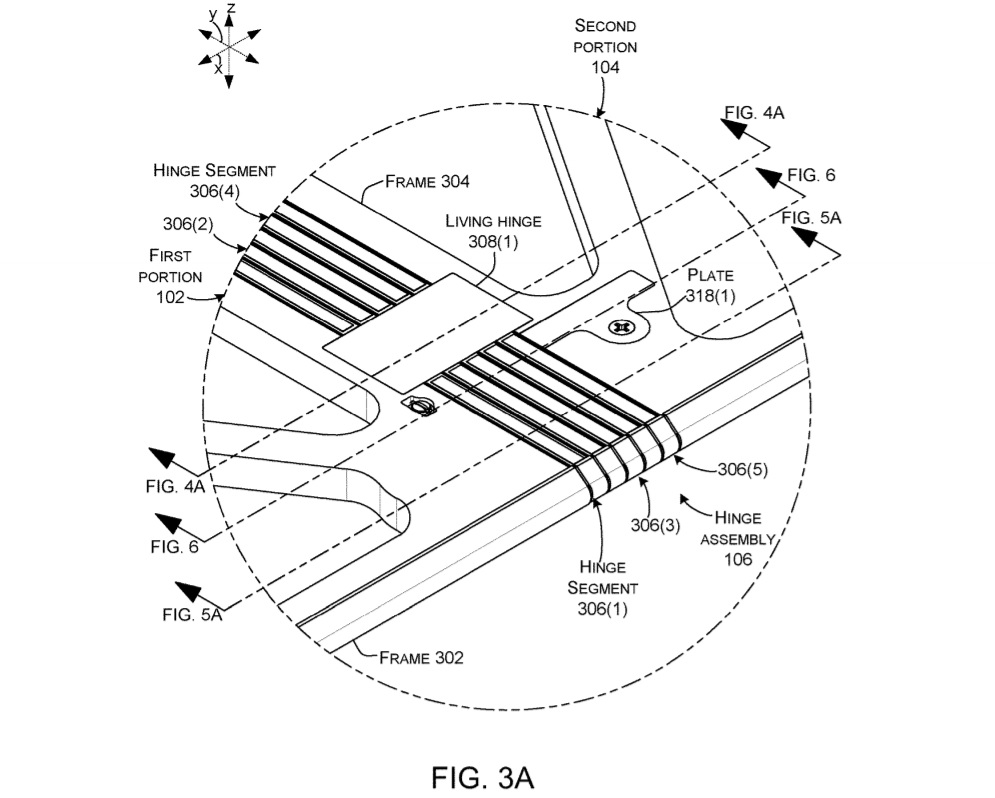 Today, the Amazon Appstore preview was published on the Microsoft Store, but there’s a catch. It’s currently only available to employees.

Check out the latest deals from Amazon.com that offer savings on the latest 10.2-inch entry-level iPad, Galaxy Watch 4 bundles, and more