Windows 10 Phone will be hitting handsets soon, but what will it take to woo Android users away from their phones and back to one from Microsoft?
Published 04 September 2015, 19:30 EDT

Back when the only competition was from Palm, I was a Newton guy. Sometime later (and way before the iPhone), Steve Jobs killed the Newton. I sold my MessagePad 2000U and switched to Microsoft’s solution. Palm PC was renamed to Palm-sized PC, then to Pocket PC, and ultimately Windows Mobile (and all of them were powered by various versions of Windows CE).

Windows Mobile was great, for the time, but Apple was quietly plotting its revenge. Before long the iPod Touch was released. Microsoft should have seen the writing on the wall, but for some reason the iPhone took the Windows camp by surprise. Google acquired the Android operating system and spooled up. Before long T-Mobile released the G1 and Android began its world-domination.

Too slow to respond to the new direction of mobile computing, Microsoft dropped back to the starting line and began working on an entirely new phone platform. It experimented with Windows Phone 7 (which should have been called “Windows Phone 1”) and followed that up with Windows Phone 8, and so on. Microsoft learned a lot during those “experiments”, and applied the lessons learned to tablets and even desktop computers. Eventually we began to realize that Microsoft’s plans to unify the operating system and app offerings on desktops, laptops, tablets, and phones might actually work – and that all the lessons learned from one were being applied across the board.

Now that Windows 10 has been released for computers, laptops, and tablets, we’re all eagerly awaiting Windows 10 Phone (why did they have to rename it again?!). Finally, Microsoft might have a mobile solution that’s ready to woo Android users back to Windows, but what’s it going to take to make that happen? 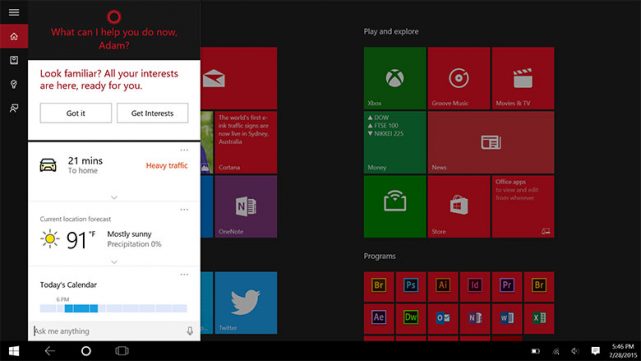 Apps are the first hurdle to overcome.  As we mentioned in our Windows 10 Review, another big thing about Windows 10 is the new Universal Apps development structure and SDK.

The idea with Universal Apps is that they’re designed to run on a wide variety of devices. They should all be fully functional whether you’re using a tablet, desktop PC, mobile phone, Xbox, or even HoloLens.

Developers have been busy writing applications for iOS and Android for years, and writing “universal” apps for the new, cross-platform Windows environments hasn’t been much of a priority. Now that Windows 10 is hitting the metal, there’s somewhat of an app vacuum. Sure, there are a lot of apps available in the app store, but some of the biggies are missing – or are only available from third-parties, not the official developers. That’s got to be remedied, quickly. 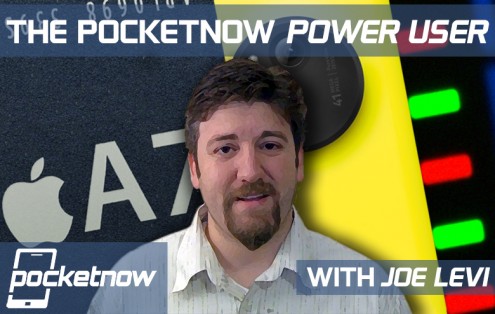 One of the reasons people flock to Windows on desktop and laptop computers has been because it’s easy to do practically anything with. Windows CE was similarly easy to “manipulate”.

Apple missed that boat with iOS, and I’m quick to rebut people who argue the contrary with a quip that “you can do anything that you want on an iPhone – as long as Apple says you can”.

Android is very different from Apple. It’s open. It’s extensible. It’s easily unlocked and gaining root access is almost always easy to achieve. Windows CE was that way, too. You could do all kinds of power user things with minimal effort – if you wanted to.

Windows 10 is very much NOT that. It’s locked down, and in some cases crippled. People are finding things they relied upon with Windows 7 nearly impossible to do under Windows 10. If Microsoft is to win power users back, it’s got to either make everything advanced users want easily accessible via built-in tools, or drop the whole “it’s okay, as long as we say it’s okay” mentality. I’m sceptical this will be fully realized, but as a power user, that’s a make-it-or-break-it factor for me.

Continuum, a new feature from Microsoft, promises to turn your tablet or phone into a desktop computer when it’s hooked up to a keyboard, mouse, and monitor. Apps being served from the phone to a 22-inch monitor should look and act like they would on a desktop computer (complete with draggable windows if that’s the way you like them). You shouldn’t even know that the apps you’re working in are coming from your phone.

What’s more, you should be use your phone as a phone at the same time, leveraging the multi-monitor support that’s being built-in to modern SoCs. This will then allow you to throw a movie from Netflix or YouTube (for example) onto the big-screen TV across the room, while answering email and checking your schedule on your phone – all at the same time.

That’s what’s been promised, though we haven’t really seen it in use first hand. If that Continuum flops, well, game over, man. Game over.

There are some of our thoughts, now it’s your turn! Head down to the comments and let us know what you think it will take from Microsoft to woo Android users back!

We have compiled a list of the best Samsung Galaxy A32 5G cases you can buy right now.

Apple’s flagship shines with its camera prowess. Protect it by picking one from this list of the best iPhone 12 Pro Max camera lens protectors.