Will This Be One Of Nokia’s First WP8 Phones?

Is this a new phone pictured, or is Nokia just testing new code on an old prototype?
Published 07 August 2012, 12:15 EDT

The latest Nokia rumors have suggested that the company could be planning on unveiling its first run of Windows Phone 8 handsets during Nokia World in early September. If that’s to be believed, we’d expect Nokia to be pretty far along in the development of these models; maybe far enough along for us to check out one of them in some leaked pics? It looks like someone may have gotten his hands on just such hardware and snapped a couple photos to share with us, revealing what just might be one of Nokia’s first WP8 devices.

This Lumia clearly takes a lot of inspiration from the 800 and 900; though we only get a frontal view here, we’d imagine the phone’s layout follows that same general design all over, including a similar camera arrangement around back.

Then again, this looks so much like existing Lumia models, that maybe it isn’t anything new at all, and the odd coloring is just for Nokia’s in-house testing. That might mean that what we’re looking at here is Windows Phone 7.8, instead of full-fledged WP8; there’s really not enough info here to make the call.

Assuming this is legit, and would be part of Nokia’s WP8 lineup, are you happy? Did you want a phone just like existing Lumias, but a little more powerful and with the latest software, or were you hoping Nokia might bring something new to the table? 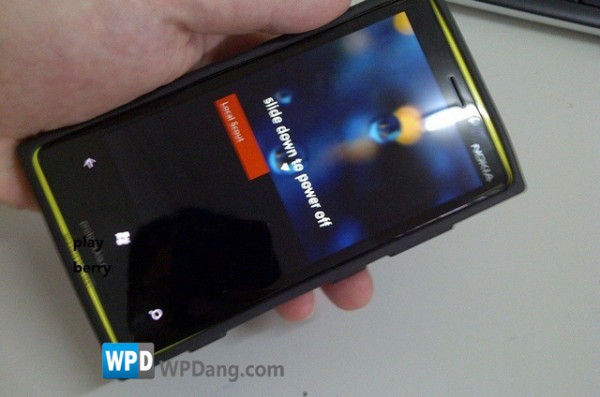 It seems that Apple users are also starting to experience green tinting issues in their iPhone 11 devices after the latest iOS 13.5 update