Sprint and other global carriers will get this HTC Bolt starting this month. It has a more resolute camera, but no headphone jack.

Wow, HTC be busy. A couple of Desires, a mass of Pixels and now this.

Evan Blass previously leaked an HTC Bolt that was destined from Sprint’s shores. It looked much like an HTC 10, give or take a few tweaks like the camera hardware getting rearranged. And it’s supposed to be coming out this month.

Well, we’re learning a bit more about the phone that’s getting into the mix between its own-make, Google-branded Pixel and the LG V20.

The “wild” photos that we’re seeing show off the persistent changes to hardware design. We also get the SIM and microSD card slots in view, right next to each other. The big stinker, as revealed earlier? No headphone jack. We don’t have to blame other manufacturers for this move, except for maybe JBL for its Reflect Aware C buds.

Otherwise, not much has happened in the design department — the USB-C port, the capacitive buttons, the fingerprint/home button and that characteristic bevel. 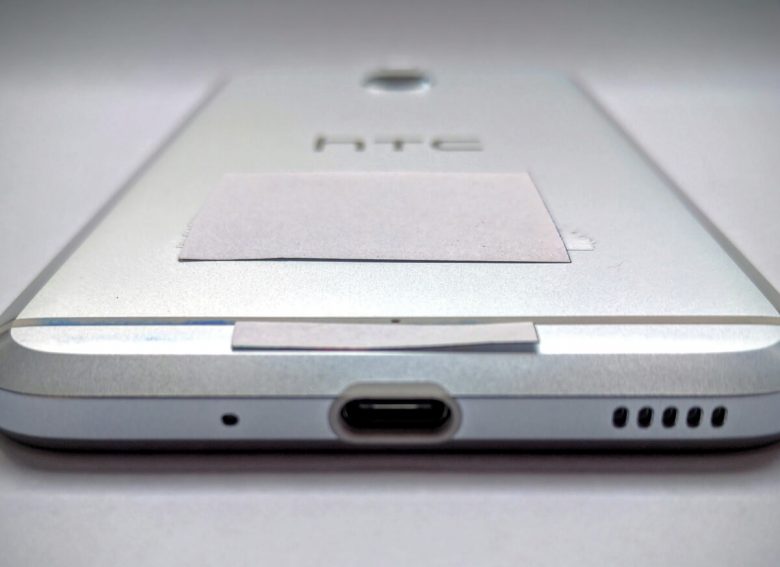 Blass reports on VentureBeat that we’re seeing Android 7.0 on the Bolt’s 5.5-inch full HD display. We also have 3GB of RAM and 64GB of storage. One bummer is that we don’t get BoomSound speakers — only the bottom grille passes sound through when media is played. A big internal change will be the 18-megapixel main camera with f/2.0 aperture and 4K video capability. The selfie-shooter will be 8 megapixels.

We don’t have an exact date, but with half the month left, we’re pretty much expecting it any day now. It will be globally available in addition to Sprint carriage.