Cellular telephony isn’t perfect & users can find themselves falling into coverage holes. Read on to see if the solution could be a WiFi fallback strategy.
Published 22 November 2013, 13:44 EST

Technology sites like Pocketnow often focus on carrier coverage and wireless technologies made available through the cellular towers that dot our landscape. We are constantly bombarded with acronyms: EDGE, GMRS, HSPA, Wi-Max, LTE, CDMA, GSM, and so on. That’s all fine and good, but one technology we often overlook is WiFi.

More often that we’d like to admit our “traditional” cellular coverage (voice and text) isn’t ideal, but that’s something that could be remedied through data networks. Local-area wireless networks have some distinct advantages over their wide-area cousins — advantages carriers should be taking advantage of, specifically: WiFi fallback for voice calls and text messaging.

Whenever you find yourself in a new area and your cellular coverage isn’t what you were used to “back home”, you probably will start looking at coverage maps to find out who is the best carrier in your new locale. These maps are usually fairly generic, covering huge swatches of land, with little detail. Many of them are made by placing “pins” where the towers are, which are then surrounded by circles indicating the “effective coverage area” of said tower. Plop enough pins with their coverage circles and BOOM! You’ve got yourself a coverage map.

The failure of femtocells

To combat those “holes” carriers have a few tricks up their sleeve, one of which are femtocells. A femtocell is a small, typically low-powered base station, designed to extended traditional cellular coverage into homes, small businesses, dormitories, and stadiums. These devices throw a coverage umbrella over an area that would otherwise have been a hole.

Femtocells sound like the perfect solution to the coverage problem, perhaps they are. Try getting one.

Say you’re at college and inside the buildings on campus your coverage is “less than ideal”. Call your carrier, explain the problem, and see what kind of response you’ll get. If it’s not in your dorm or off-campus housing, you’re not going to get much traction — that call needs to come from the property owner, and they probably have “more important things” to worry about.  Back in your dorm or apartment, you might get a little more action, but don’t hold your breath.

T-Mobile USA has been “experimenting” with Wi-Fi Calling for some time now. This technique lets you use make and receive calls when connected to a WiFi network — if you opt in, and you have a phone that comes with that feature out of the box.

T-Mobile’s implementation isn’t perfect, and can’t be applied to devices that you bring to T-Mobile (rather than buying from T-Mobile). The Nexus 5 is a perfect example of this: if you buy it from T-Mobile, you’ll reportedly get Wi-Fi Calling. However, if you got your Nexus 5 from Google or BestBuy (or anywhere else): no Wi-Fi Calling for you! You can’t even add the functionality through the installation of an app. Even the CyanogenMod team gave up incorporating T-Mobile’s app quite some time ago. 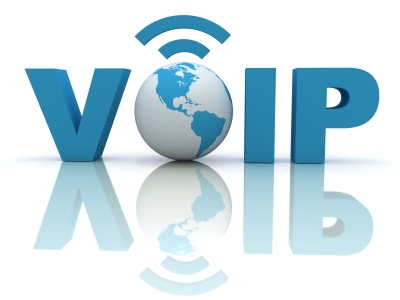 Solving this issue isn’t going to be done through proprietary femtocells or carrier-specific software solutions that must be baked into a phone’s ROM. The solution will be embracing SIP and incorporating off-the-shelf Voice Over IP (VoIP) to make and receive calls over WiFi, when connected to networks of your choosing, and over traditional cellular networks when you’ve moved beyond your WiFi umbrella.

Doing so would not only give us better coverage in “holes”, but should help drive the costs of cell plans down. Additionally, since our airwaves are already filling up as more people start carrying phones, tablets, and other connected devices, pushing as much traffic as possible to WiFi networks would help stretch these limited resources further.

Not all WiFi is created equal

I spend most of my days behind a desk, covered by an 802.11n network connected to a fairly wide pipe. As soon as I exit the building I fall back to cellular data.

At home my 802.11n router decided it’s had enough with this whole wireless “fad” and apparently burned out its WiFi radio in a fit of protest. Until it gets RMA’d I’m limping along on an 802.11g router — speeds are slower and latency is higher.

At lunch and dinner, I’m covered by the restaurant’s WiFi. Sometimes these are good, but most of the time they’re terrible.

Voice data is relatively bandwidth intense, and very sensitive to latency. For WiFi fallback to work, a software solution would either need to ask you if you want to use a particular network as a fallback, or be able to make that determination itself — but still give you, the end-user the ultimate say so.

In the meantime, tech savvy users like you and I have to bring our own SIP settings and VoIP services to our phones, just to cover ourselves when we’ve fallen into a cellular hole.

Carriers, it’s time for you to step-up. We’re waiting.

Check out the latest deals available at Samsung.com, as well as everything that’s coming with the new Discover Samsung sales event

Apple released iOS 15.1 beta today, which will allow users to store health records, including vaccination cards in the Apple Wallet.