Wi-Fi calling should come standard on all smartphones

Wi-Fi calling is a helpful feature that is seriously underrated and under-utilized. Read why it should be a standard feature on all smartphones.
Published 27 February 2014, 19:24 EST

I’m sitting in my grandmother’s house in my hometown, and I want to make a call. I pick up my phone, dial a number, and hit the giant red Call button. It fails.

I remember T-Mobile has literally no service in Pinnacle, North Carolina, so I connect to her Wi-Fi network. “I can use Wi-Fi calling,” I think. Nope. The Moto X doesn’t support Wi-Fi calling.

People, this is 2014. This should not happen. I have a perfectly good Wi-Fi network and a perfectly capable smartphone in an area with no service, and I still have no way to place a call, unless I pick up the landline and dial a 10-digit number on the plastic brick bolted to the wall.

With some hackery, you can enable VoIP on any smartphone.

I use my Google Voice number to place a VoIP call using GV Mobile+ and Talkatone from my iPhone. Sometimes I’ll use the official Hangouts app to do the same thing. From Android, you could use Viber to place calls using your mobile data instead of your minutes, or you could use an array of different calls which route your Google Voice calls through a data connection.

But that’s sidestepping the point. This is a function that should be built into every phone. Every phone. And it shouldn’t require users to jump through a series of hoops to route a phone call through another service.

For what it’s worth, T-Mobile has the right idea … sort of. It has offered Wi-Fi calling for ages, at no additional charge. Making and receiving calls over Wi-Fi uses your plan minutes which, for most now, means it counts towards your unlimited number of minutes. No big deal. You can place and receive calls and text messages over available Wi-Fi networks until your heart is content.

Ideally, it would make even more sense for minutes and SMS used over Wi-Fi not to count towards your total allotment, just as data consumption is completely independent of your monthly data allowance. But it’s not that straightforward, since Wi-Fi calls are still tied to your 10-digit number. (Why we’re still on that archaic model, I don’t know.)

Either way, Wi-Fi calling is an option on T-Mobile and its monthly service is about as cheap as it comes here in the States (without going full prepaid), and unlimited, no less.

However, Wi-Fi calling isn’t available to just any smartphone on T-Mobile. The feature has to be supported on your device. The software isn’t encapsulated in an application, but rather coded into the operating system. And that’s where T-Mobile’s whole model breaks.

Users can’t simply buy just any phone – in my case, a Nexus 5 or Moto X – and expect to be able to make calls over Wi-Fi. Even though the Moto X, Nexus 5, and any other smartphones, really, is capable of placing and receiving calls via Wi-Fi, it’s not possible with T-Mobile’s current setup.

At least it’s available on some devices, right?

Well, no. The bigger problem here isn’t the incompatible devices on T-Mobile, it’s that not every smartphone comes with the ability to place VoIP calls over Wi-Fi, out of the box. 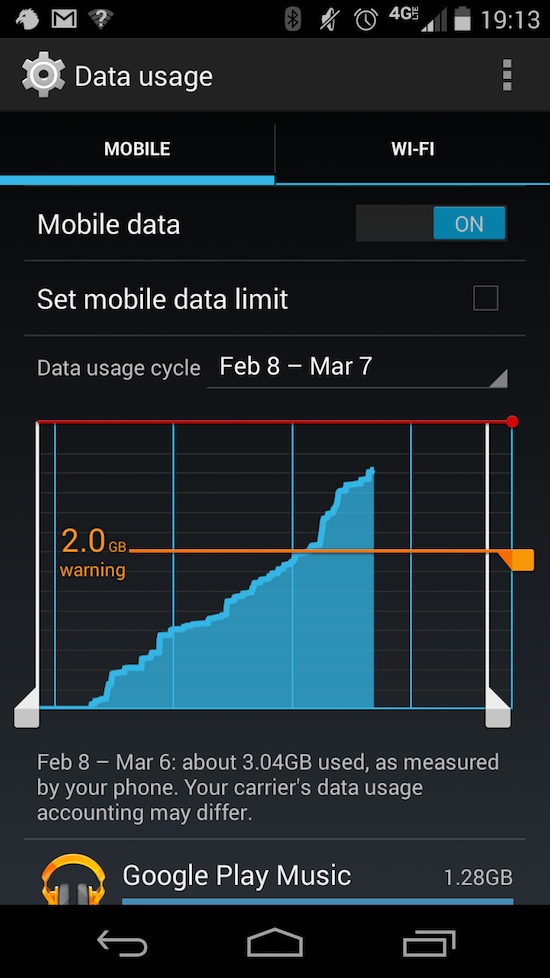 Imagine if Wi-Fi capabilities were disabled on all smartphones, and users were forced to only use their data connection that they pay for each month. You would be at the mercy of the provider’s service and their data pricing.

If that were the case, I probably wouldn’t have three lines. I’d have one. And most of the money I spend on multiple lines, I’d be spending on data from one provider. Say I had Verizon. Based on the amount of data I use across all my lines, I’d be spending more than I pay for my T-Mobile service in data on Verizon alone – $90 per month, just for data. Chances are, I’d still go over, with all the music and podcast streaming I do.

As silly as having no Wi-Fi capabilities on a smartphone sounds, not having Wi-Fi calling is almost as ridiculous.

“But what about my number, Taylor?”

Forget about your 10-digit number. Apple and Google have the right idea. We should be using email addresses, usernames, or online identities for these types of communication anyway. I use Google Hangouts and Apple’s iMessage most of the time, as it is. If you place a voice or video call through FaceTime, it’s connected to your email address, primarily, though you can tag a number to your account, too. It’s the same with Google’s Hangouts service. On iOS, you can place a video or voice call through the official Hangouts app. And this is tied to your Gmail address. If you’ve signed up for Google Voice, it’s synonymous with your Google Voice number, but it works perfectly fine with nothing more than an email address.

No wireless service provider has 100 percent data or voice coverage everywhere. I’m reminded of that every time I leave the Charlotte metro area with my T-Mobile phone. A 30-minute drive in just about any direction leaves me on EDGE until I hit the next metropolitan area.

And visiting my grandmother’s house usually means I throw my phones on Airplane mode and leave them in the car. It’s not like I’ll get service anyway.

But if I want to make a call, I shouldn’t have to jump through hoops to do something our species has been doing since the late 1800s.